According to Portsmouth Vice Mayor Lisa Lucas-Burke, the jail and the civic center in Portsmouth have been condemned. 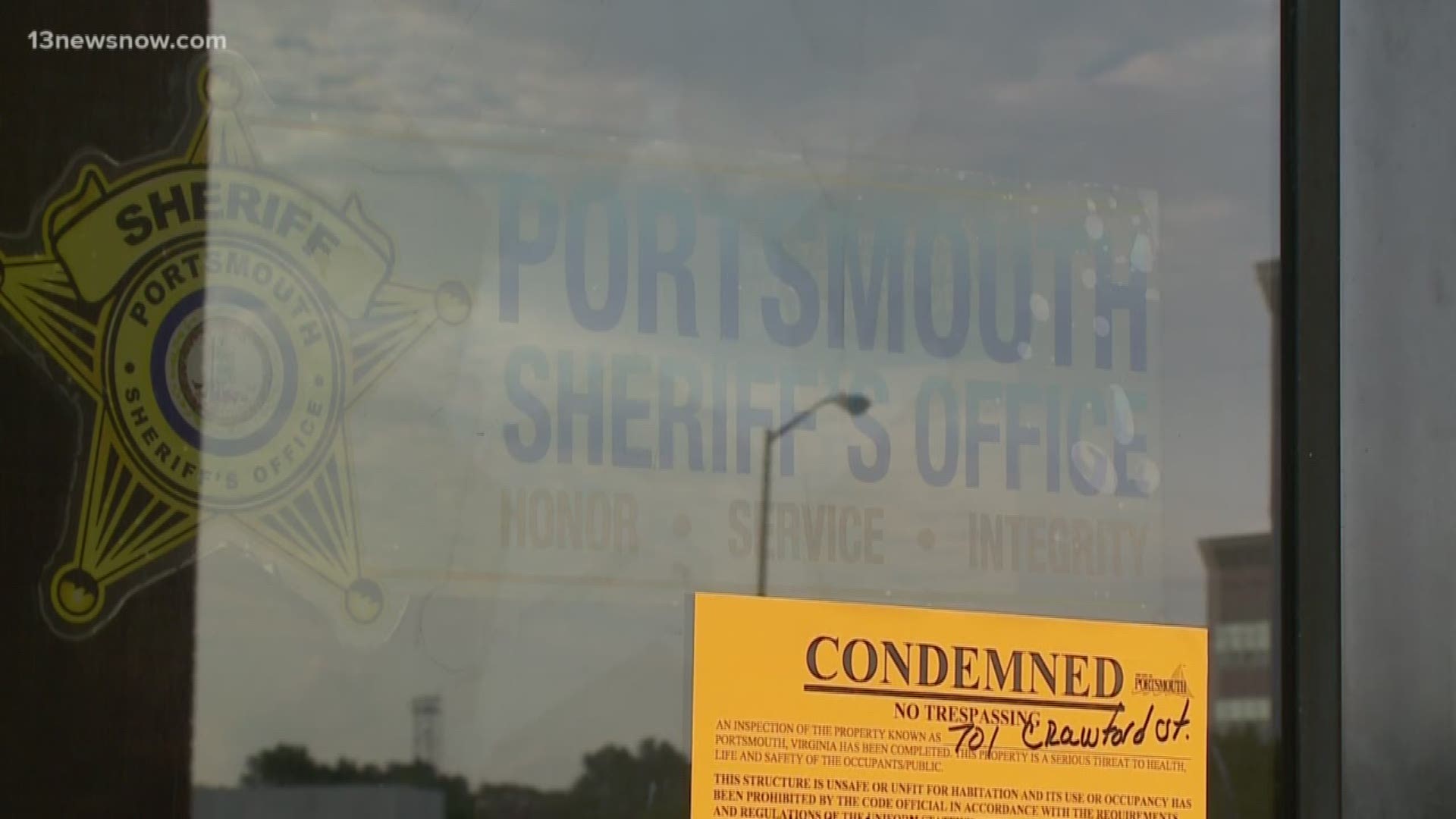 PORTSMOUTH, Va. — The Portsmouth Civic Center Complex, including the city jail, has been condemned.

Credit: Robert Boyd
Portsmouth's Civic Complex, including the jail, has been condemned.

According to a "Condemned" sign posted on the door, the structure was condemned for due to Section 106.4 of the Virginia Maintenance Code. The code states that conditions were unsafe or unfit for human occupancy.

The code reads in full:

The buildings are required, by law, to remain vacant until improvements are made and they are approved by an inspector.

He plans to file an injunction in court Thursday to stop the evacuation.

There is no word yet on where the inmates will be transferred if the injunction fails.

In a statement on his Facebook page, Sheriff Moore said he refuses to play politics with the deputies, their families and those he's entrusted with housing in the City Jail. He said over 130 Deputies and more than 60 contractors would be out of work.

As for Lisa-Burke, she was completely caught off guard by the city manager’s decision to condemn the Portsmouth City Jail today.

“I think the hair on my arms and neck just kind of stood up, what is going on,” said Lisa-Burke.

She said the timing doesn’t make any sense.

In a matter of hours, the city manager is requiring an emergency evacuation without any discussion with the sheriff or city council beforehand.

“If this jail is unfit for human life right now today, then it had to have been like that before today, and somebody clearly knew that," said Lisa-Burke.