Support comes in all different forms. One local volunteer is helping women behind bars work towards a better life. 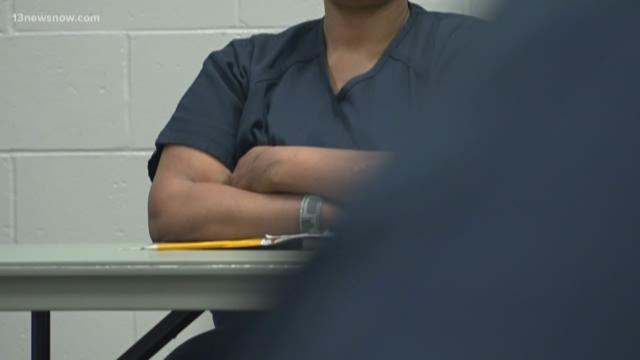 PORTSMOUTH, Va. — In order to move forward, it helps to look back.

That's what Charlotte Williams advocates when she visits female inmates at local prisons and jails. Williams says she tells them, "'You're not bad people. You just made bad decisions, which derived from someplace... [so] take a deep look at yourself, so that you can confront those things that prevent you from living your best life.'"

Williams' inspiration to help women behind bars came from someone near and dear to her. "My daughter, who went to jail for about 4 years, I started to visit her," Williams says. "What I used to keep my daughter encouraged while she was incarcerated... I took all this stuff and put it into a curriculum."

Williams formed 'Women Empowering One Another', or 'WE1A', in 2014. It's a series of workshops for female inmates to explore their past and what may have led to making wrong decisions. "A lot of times in some households, they're like, 'Don't you talk about what happens in this house.' And they silence them instead of liberating them to talk about it," Williams says. "And so today, they're carrying the same pain, and it's so deep that they don't even know how to open up... They just constantly attempt to function in brokenness. But it's the truth about ourselves that makes us free."

WE1A encourages acceptance, forgiveness, and growth as some women prepare to reenter society. "A lot of times, we suffer in silence, thinking that we're the only ones going through something. And we're not," Williams says. "So, we try to help free them internally and emotionally before they get freed externally."

Williams says she knows the sessions may not work for everyone, but her goal is for each participant to heal in some way. "The program works exactly the way that it is. It doesn't need any changes. People just have to be positioned to release the pain that others haven't afforded them," Williams says.

WE1A provides additional services to support women after they have been released. To learn more, visit https://www.we1a2015.com/.