Prosecutors did drop an "assault on an officer" charge against 18-year-old Deontrace Ward, saying they didn't have enough evidence to move forward.

PORTSMOUTH, Va. (WVEC) -- A man shot by a Portsmouth police officer will spend the next six years in prison.

Prosecutors also dropped an "assault on an officer" charge against the 18-year-old, saying they didn't have enough evidence to move forward.

In October of last year, police were called to a robbery in a residential neighborhood. Video obtained by The Virginian-Pilot shows rookie Portsmouth Officer Jeremy Durocher wounding Ward, who authorities described as an armed burglary suspect. 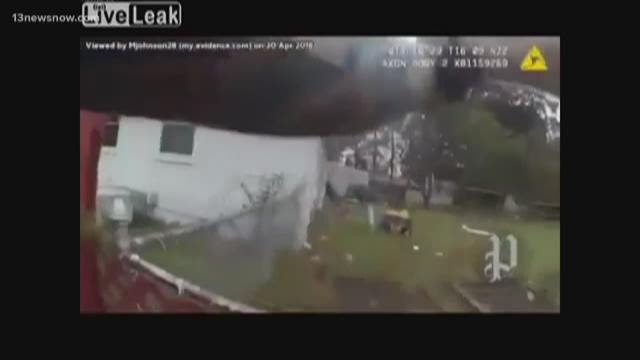 The officer's attorney previously said Ward was a clear danger because he was armed. Police said they found a loaded handgun in Ward's pantleg.

Officer Durocher did not testify during the trial.

At Ward's sentencing Tuesday, a judge ordered him to also pay $1,400 in restitution.