No breaks for Mercy Chefs; crews heading to another storm to feed those in need 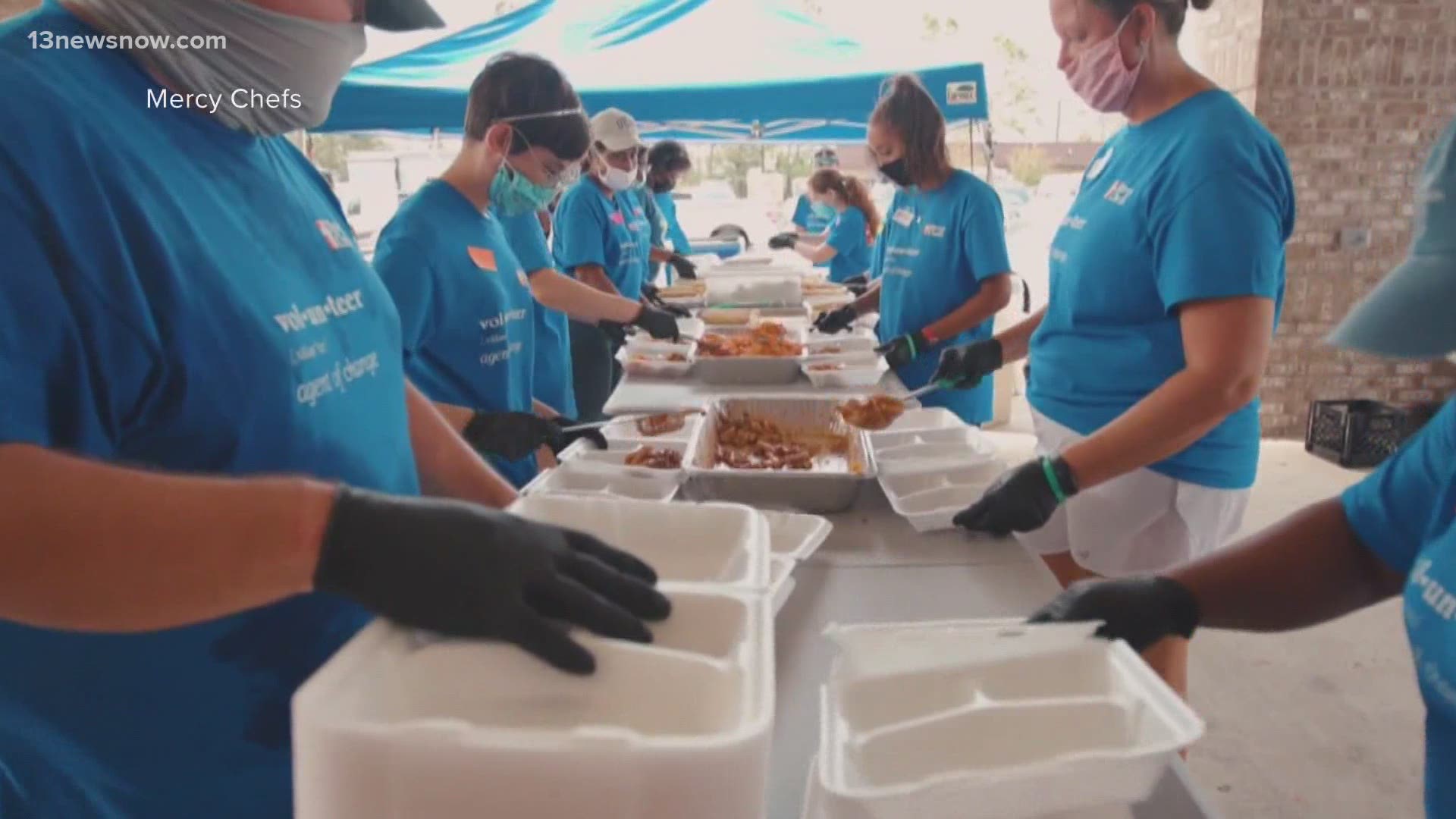 PORTSMOUTH, Va. — On Wednesday, Mercy Chefs founder Gary LeBlanc decided to deploy his teams to the Gulf Coast. This is after only being back at their headquarters in Portsmouth for two days.

“Man, this one has been such a quick turnaround. There’s barely time to get laundry done and repack a suitcase," said LeBlanc.

LeBlanc and his team of chefs spent weeks in Lake Charles, Louisiana serving thousands of meals to Hurricane Laura victims.

We spoke to @MercyChefs founder before he got on a fight to serve again for this next storm. He was only in Portsmouth two days after weeks in Louisiana helping Hurricane Laura relief. Hear from him @ 11. Only on #13NewsNow https://t.co/f4kbBW5xNy

Chef LeBlanc and his teams are prepared for Sally’s impact and its threat to families.

“After we demobilized in Lake Charles, we moved equipment and pre-staged in Birmingham. So I have teams in Florida; I’ll be in Alabama tonight and the rest of our crew will be coming in from Texas and Louisiana and Oklahoma tomorrow [Thursday]," said LeBlanc.

LeBlanc explained the team started moving the equipment as soon as they landed.

“I mean, this is what we do. This is what humanity is about. This is helping our fellow man. This is doing for someone else. But we would hope someone would do for us when the storms hit Mercy Chefs has to be that someone," said LeBlanc.

Chef LeBlanc expressed his team will head back to Louisiana to look for a temporary community kitchen site.  He believes more work needs to be done, even though they assisted thousands of people in Lake Charles.

LeBlanc is also are considering sending a team to the wildfires in Oregon or California next week.