No new date set for removal of Portsmouth Confederate monument

The city plans to build a 10-foot wall around the monument. A public hearing to remove the monument is still set for July 28. 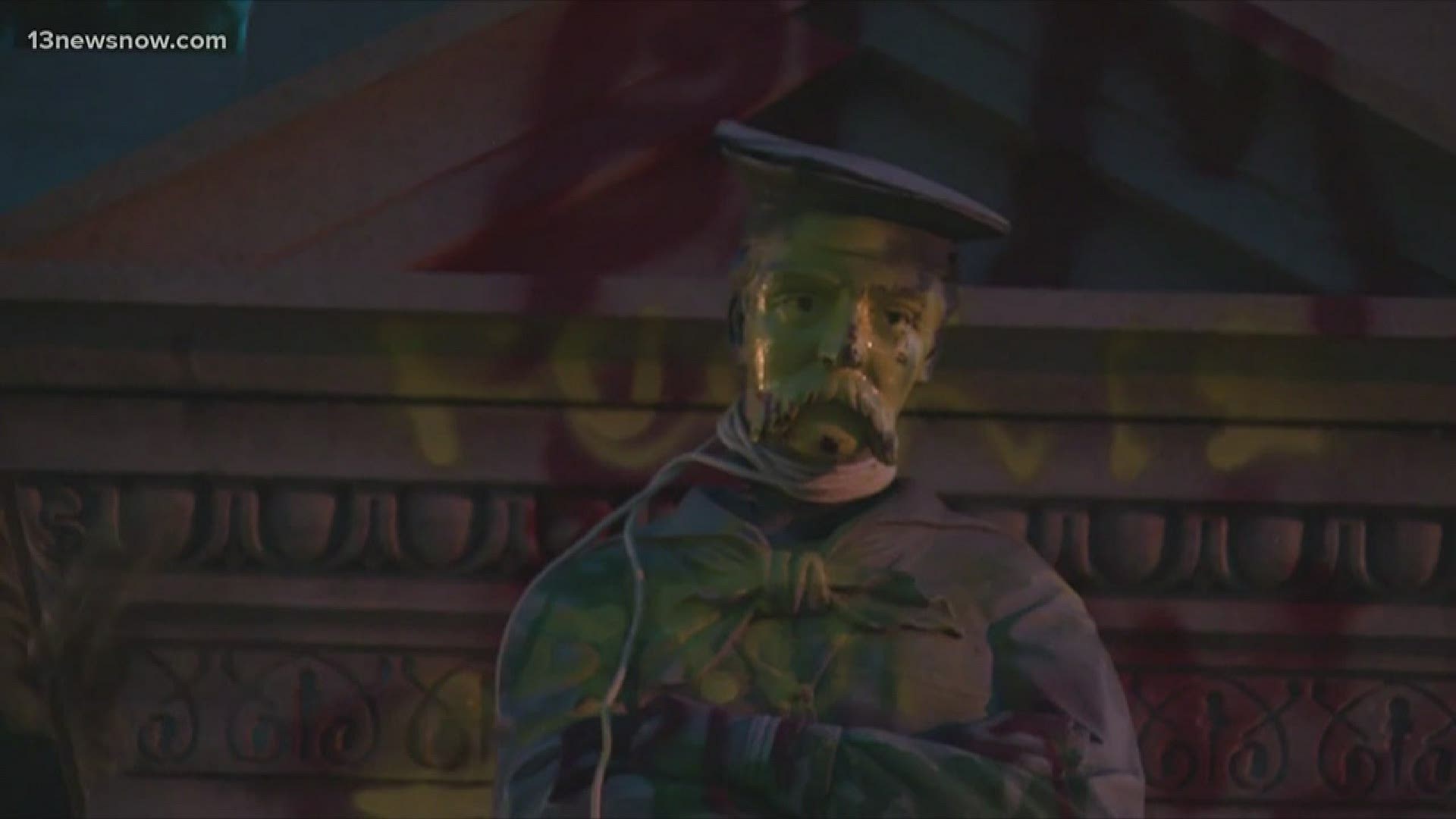 PORTSMOUTH, Va. — There is still no new track for removing the Confederate monument in Portsmouth.

“Why did we not stop vandalism of spray paint at whatever time that was in the afternoon?” questioned Councilwoman Elizabeth Psimas.

Psimas wanted to know why the vandalism wasn’t halted early on when the group was small.

“We need a state investigation, because somewhere along the way some wires got crossed,” Psimas said.

Councilman Bill Moody also questioned if someone gave orders to have police stand down.

Earlier in the day, Mayor John Rowe released a statement saying police made the right choice not intervening. He said it could have escalated the situation.

“Since a gentleman was critically injured, I think all of us know that’s probably a lawsuit, potentially,” Moody said.

As Chris Green’s life hangs in the balance, the biggest question: who, if anybody, is at fault?

Personal Injury Attorney Ed Booth saw video of the statue falling. He said it looks like Green was trying to get people out of the way.

“That is a thing that he did that was selfless in nature, but would make it difficult for him to pursue a personal injury case,” Booth said.

Booth said if Green was indeed trying to save others, he would be putting himself in harm’s way. He said that would make it harder to prove negligence by another hand.

“This is a situation that would present a very difficult case,” Booth said.

He said this legal analysis would apply to similar situation with large crowds.

The monument will be watched closely over the next few weeks.

A public hearing for the monument’s removal is still set for July 28.

The city manager said there is a plan to increase police presence downtown. She said they plan to build a 10-foot wall around the monument and can start that process on Tuesday.

Mayor Rowe said they are required by law to hold a public hearing. They are also required to give a 30 day notice for the hearing.