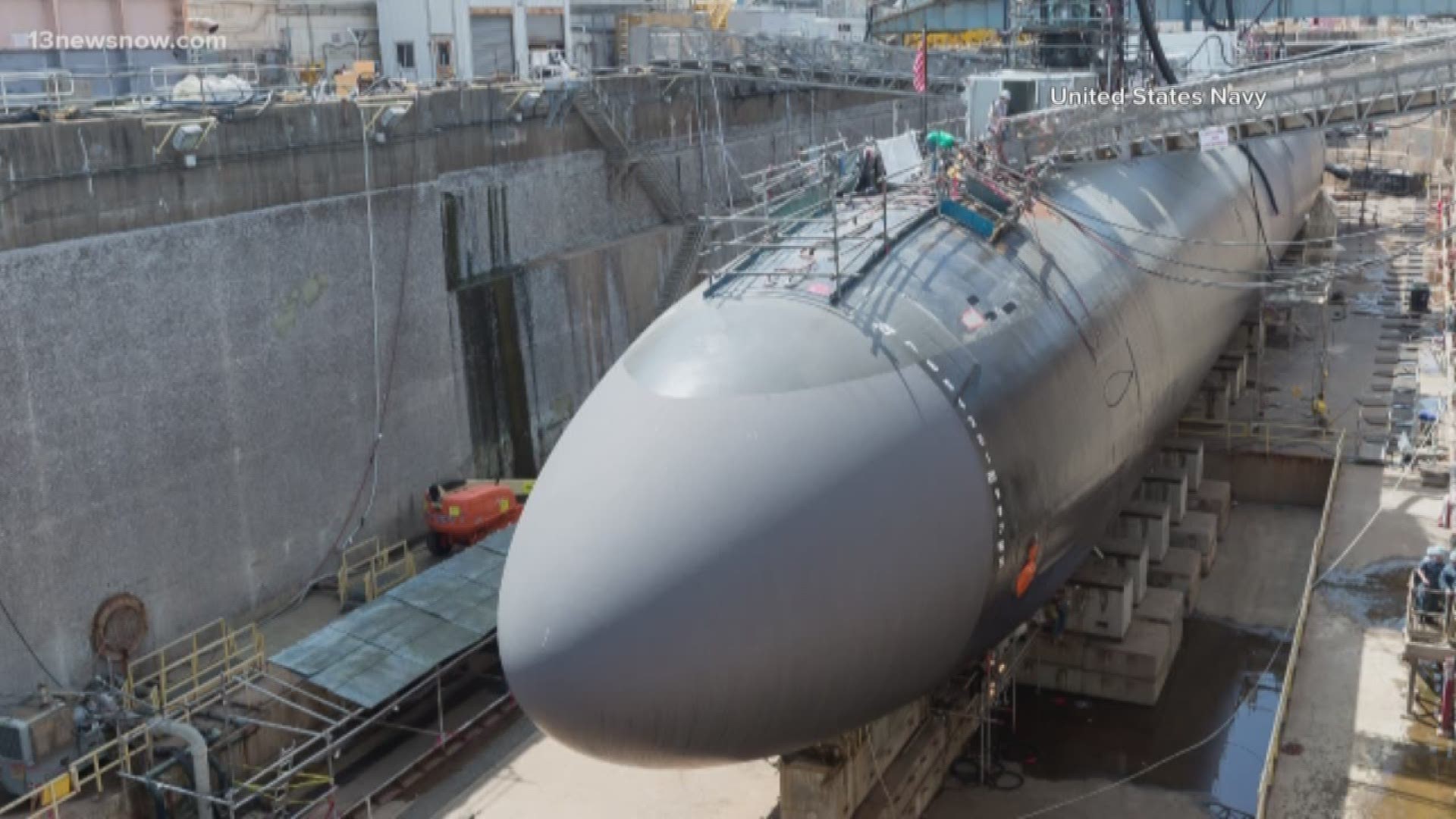 The $200 million renovation, which is expected to take three years to complete, is Norfolk Naval Shipyard’s biggest initiative yet in the realization of Naval Sea Systems Command’s Shipyard Infrastructure Optimization Program.

The upgrades are designed to serve the Navy's current and future needs supporting Ohio, Virginia and the new Columbia-class of subs.

"Every time you see an investment of this type in federal infrastructure, in Navy infrastructure, in this case, it is a very good sign of confidence in the region, and an investment in the future for decades to come," said retired Rear Admiral Craig Quigley, who serves as Executive Director of the Hampton Roads Military and Federal Facilities Alliance. "It's great news for Hampton Roads, for the fleet and it's great news for Norfolk Naval Shipyard."

The enhancements at the nation's oldest naval shipyard come in the wake of a scathing Government Accountability Office report last year. It found that, between 2012 and 2018, only 30 percent of the ship maintenance jobs at America's four publicly-owned naval shipyards were completed on schedule.

Quigley said these enhancements are long overdue and will help.

"You've got to remember that this yard was built to build conventionally-powered warships," he said. "And its mission in 2020 and going forward is to repair nuclear-powered submarines and aircraft carriers. Totally different mission, totally different workflow and they've got to redo the infrastructure to accommodate that."

Dry Dock 4 was first opened in April 1919. It was the first of three dry docks built at Norfolk Naval Shipyard in Portsmouth during its World War I expansion. The dock is about 1,012 feet long, 144 feet wide and 40 feet deep. It was one of the largest concrete structures in the world at the time of its opening.

During the multi-million dollar renovation, two-and-a-half feet of concrete will be replaced from the dry dock’s floor, as well as two feet from the sidewalls. Crews will also replace the dry dock caisson and there will be a complete restoration of its pump well while upgrading all mechanical and electrical equipment.

In addition to the dry dock renovation, Norfolk Naval Shipyard will also be renovating the adjacent and adjoined Buildings 261 and 1539, which house a storage area and repair shop, and their surrounding area. As a separate $26 million project that will take two-and-a-half years, the building renovations will provide new roofing, interior enhancements, and other upgrades.

RELATED: Naval shipyards said to be in poor condition, unable to repair ships on time