Sgt. Misty Holley said a man entered the store and demanded money from an employee but left with no cash. 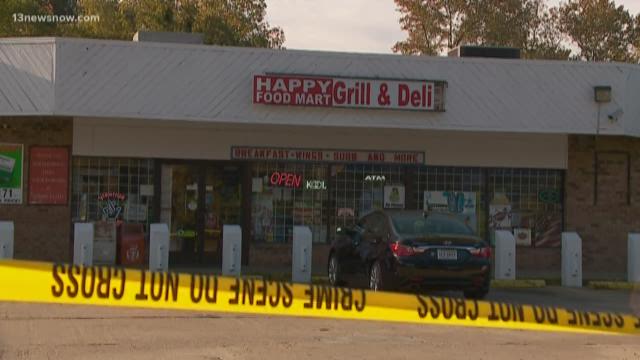 Police are investigating an attempted robbery at a convenience store on Portsmouth Boulevard on Friday morning.

Dispatch said the call came in just after 7 a.m. of an attempted robbery at the Happy Food Mart located at 3501 Portsmouth Boulevard.

Sgt. Misty Holley said a man entered the store and demanded money from an employee. He left the store with no cash. Holley said police are still investigating.

The clerk, threatened by the suspect, is known as Miss Sue.

“When the guy come in and ask for a pack of cigarettes. I asked him to remove his hood. He refused to remove, and he came around to me," said Sue.

As police search for the man caught on surveillance camera people in the community are checking in on Sue.

Sue's worked at the business for twenty years now.

Police said no one was injured in the attempted robbery and she reassured us she wasn’t hurt.

Vijay Shedh is the business owner. He said in twenty years of business, this is the second robbery type crime they’ve dealt with.

“Usually that doesn’t happen that early in the morning, but this was an unfortunate incident that happened," said Shedh.

He said this crime concerns him though,“it’s a little bit scary, as Thanksgiving and Christmas are coming." However, he's confident police will catch the man on surveillance camera.