13-year-old Eric Lin had last been seen at his home in the 4200 block of County Street on Monday night. Detectives say he is non-verbal and is afraid of strangers. 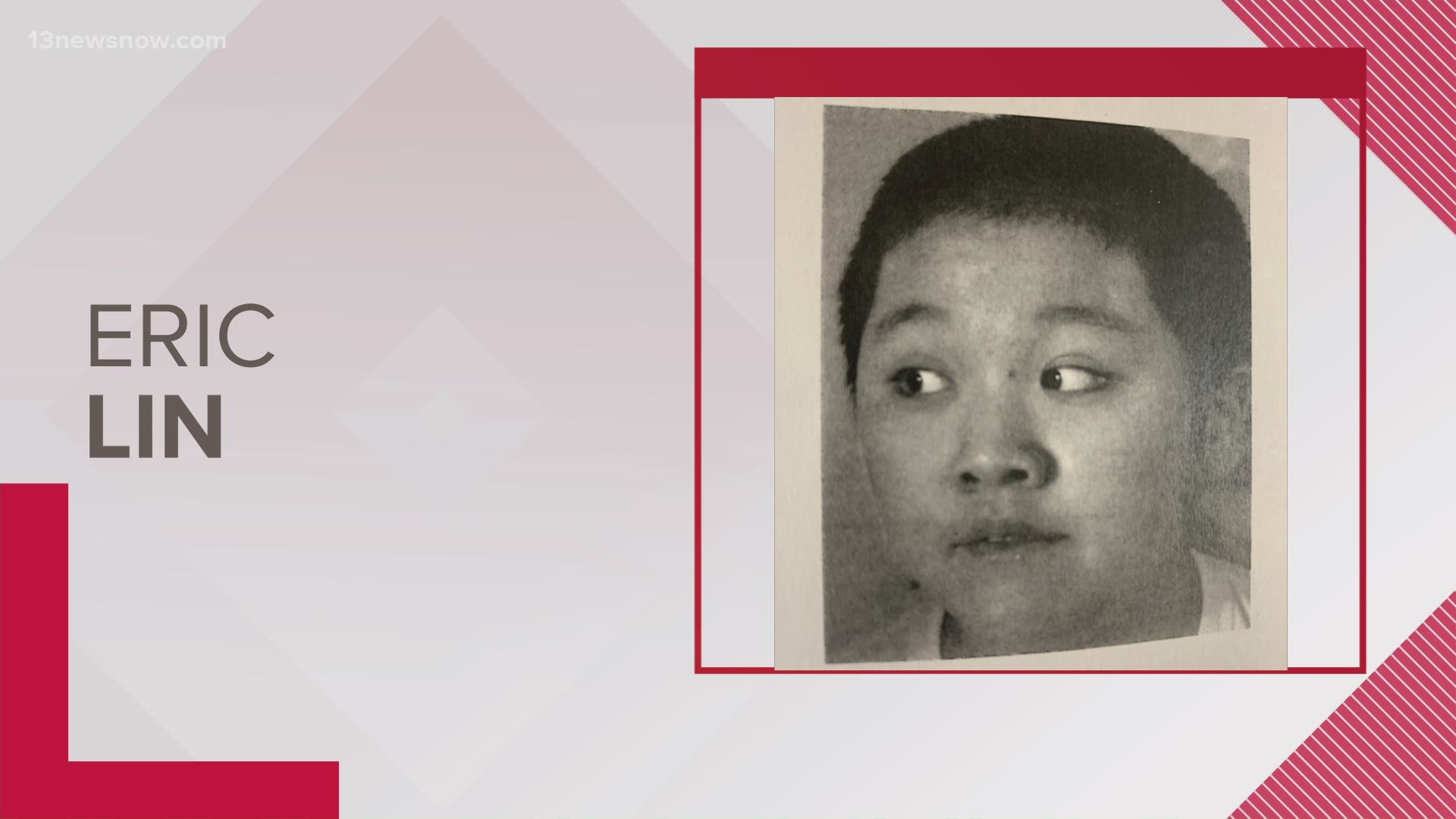 Police are asking for the public's help to find a missing and endangered teenager in Portsmouth.

Detectives say 13-year-old Eric Lin was last seen at his home in the 4200 block of County Street around 8:30 p.m. Monday.

No one has been able to find Eric, and detectives are concerned because Eric is a special-needs individual who is non-verbal and is afraid of people he doesn't know.

Eric is about 5’4” tall and weighs 175 pounds.  He has black hair and brown eyes.  He was last seen wearing red pajama pants, a blue t-shirt, and no shoes.

If you have seen 13-year-old Eric Lin or know his whereabouts, please contact the Portsmouth Police Department immediately at (757) 393-5300.