City council voted to approve the development of an entertainment district that would include casino gaming. 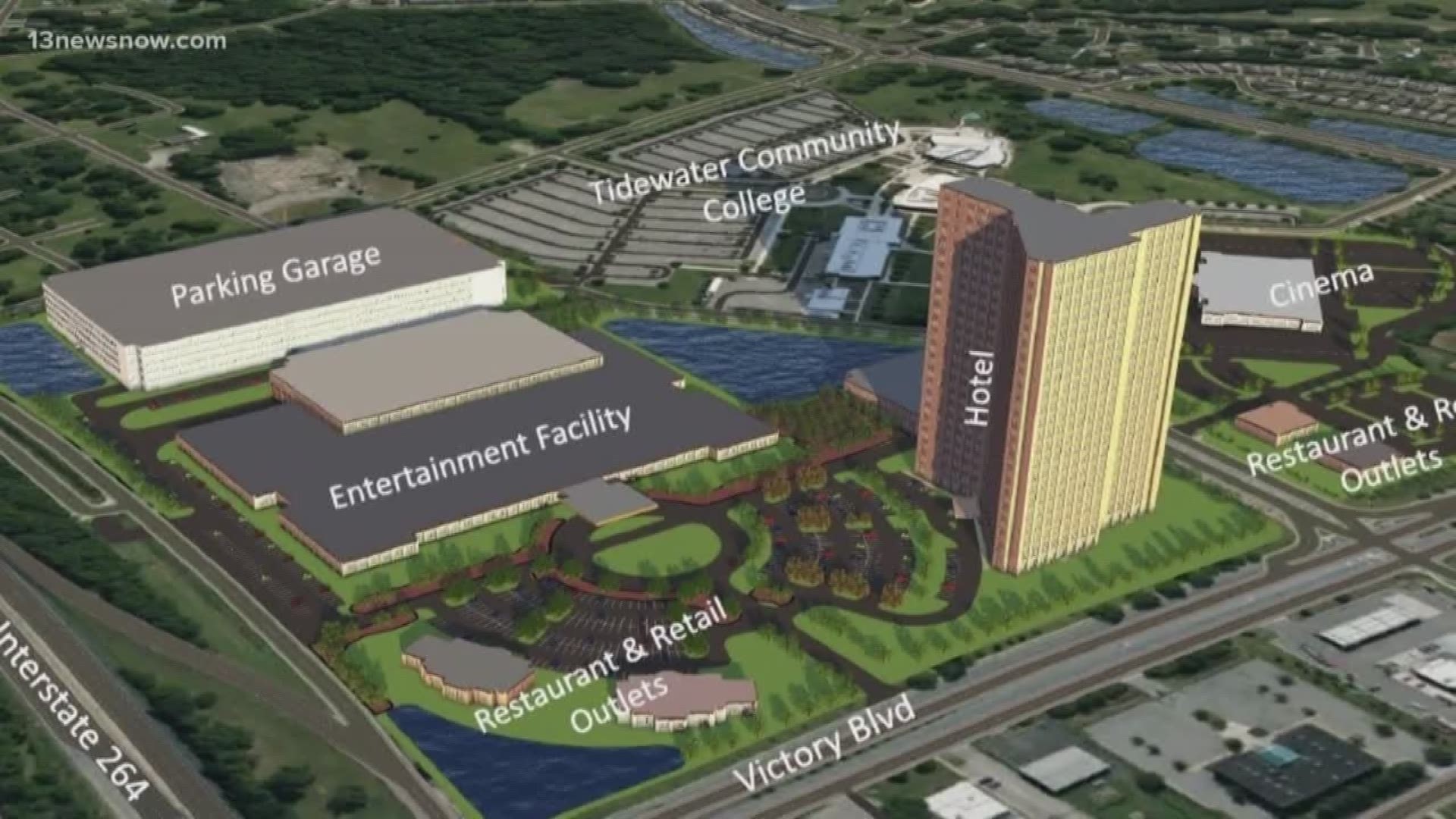 PORTSMOUTH, Va. — More casino plans are being unveiled in Hampton Roads, this time in Portsmouth.

The City announced on Monday a proposed plan that would create an entertainment district that would include casino gaming, restaurants, and a parking garage near Tidewater Community College.

The developer of the casino would be Chicago-based Rush Street Gaming, according to Portsmouth Economic Development Director Robert D. Moore. Rush Gaming said it plans to hire around 1,000 local workers, with the average salary around $50,000.

Following city council's vote, Rush Street Gaming chairman and co-founder Neil Bluhm said his company is a strong creator of economic growth and is excited to be in Portsmouth.

"I promise we will build something you will be proud of," Bluhm said.

The exact size and scope of the project will depend on state legislature approval. The project site along Victory Boulevard is approximately 50 acres and already has a substantial amount of infrastructure in place, according to Portsmouth officials.