Council members have yet to decide where to move the monument. 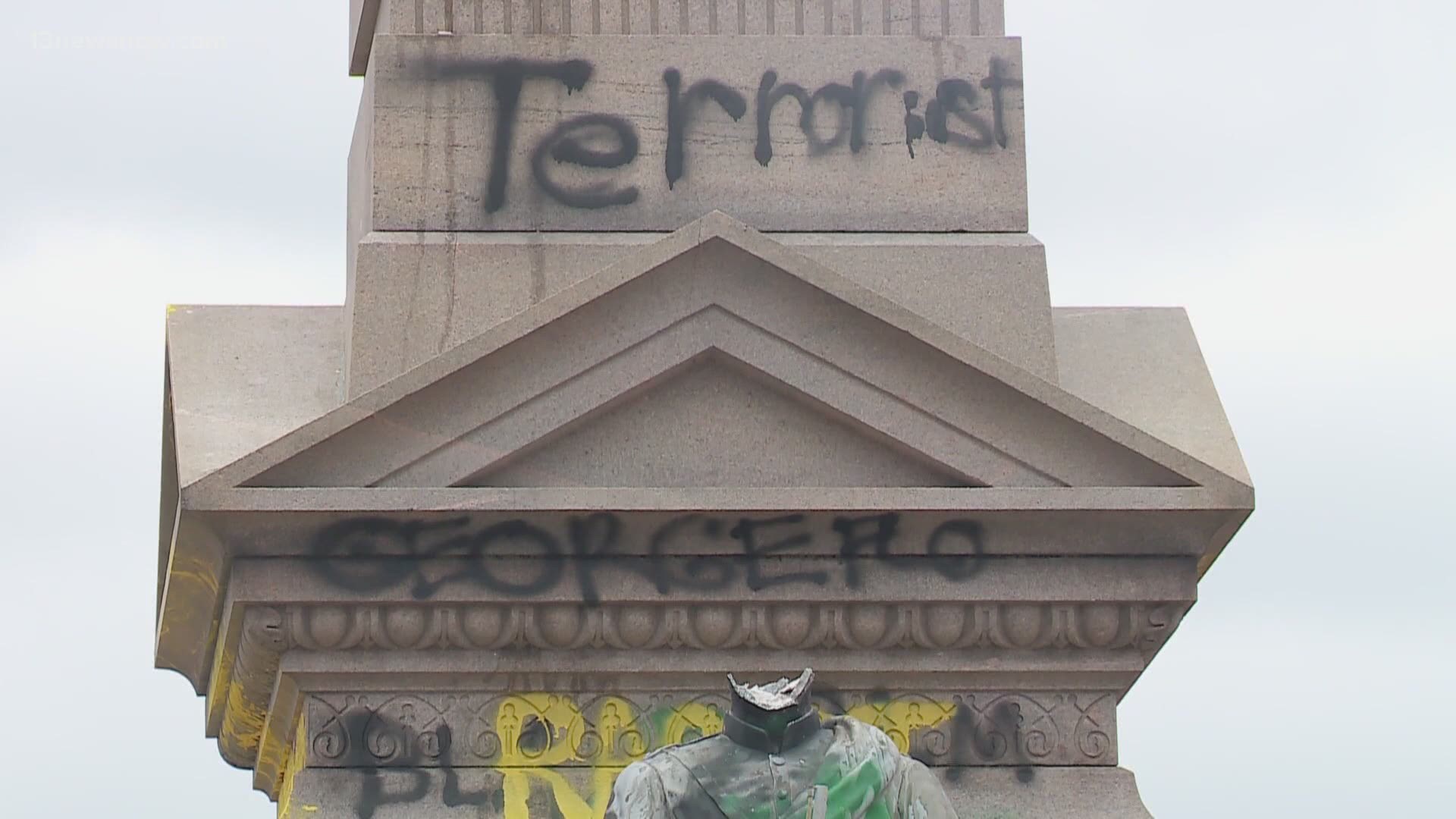 PORTSMOUTH, Va. — In a virtual meeting, Portsmouth City Council members approved hundreds of thousands of dollars in funds to move the Confederate monument in Olde Towne.

An estimated $250,000 will be set aside to relocate the monument elsewhere from its place on Court Street. Where it's going has yet to be determined, although possible sites include Oak Grove or Cedar Grove cemeteries.

These funds would come from the City Manager's contingency portion of the fiscal year 2020 budget.

During Tuesday night's video call, councilmembers voiced certain concerns like the likelihood of damage with the memorial's relocation as well as making sure the move can be done in one go.

Councilman Bill Moody also put forth the possibility that certain artifacts could be located within the monument.

The city will have the full power to move, alter and relocate war memorials thanks to a new law that will be enacted starting July 1. A public hearing is set to take place July 28 to determine the ultimate fate of the monument.

The memorial, like other Confederate monuments across the South, was the target of vandalization and destruction during a handful of protests this month. One man was severely injured after one of the statues was brought down on top of him. He remains hospitalized.