Angel Jones used to be a city manager in Maryland. 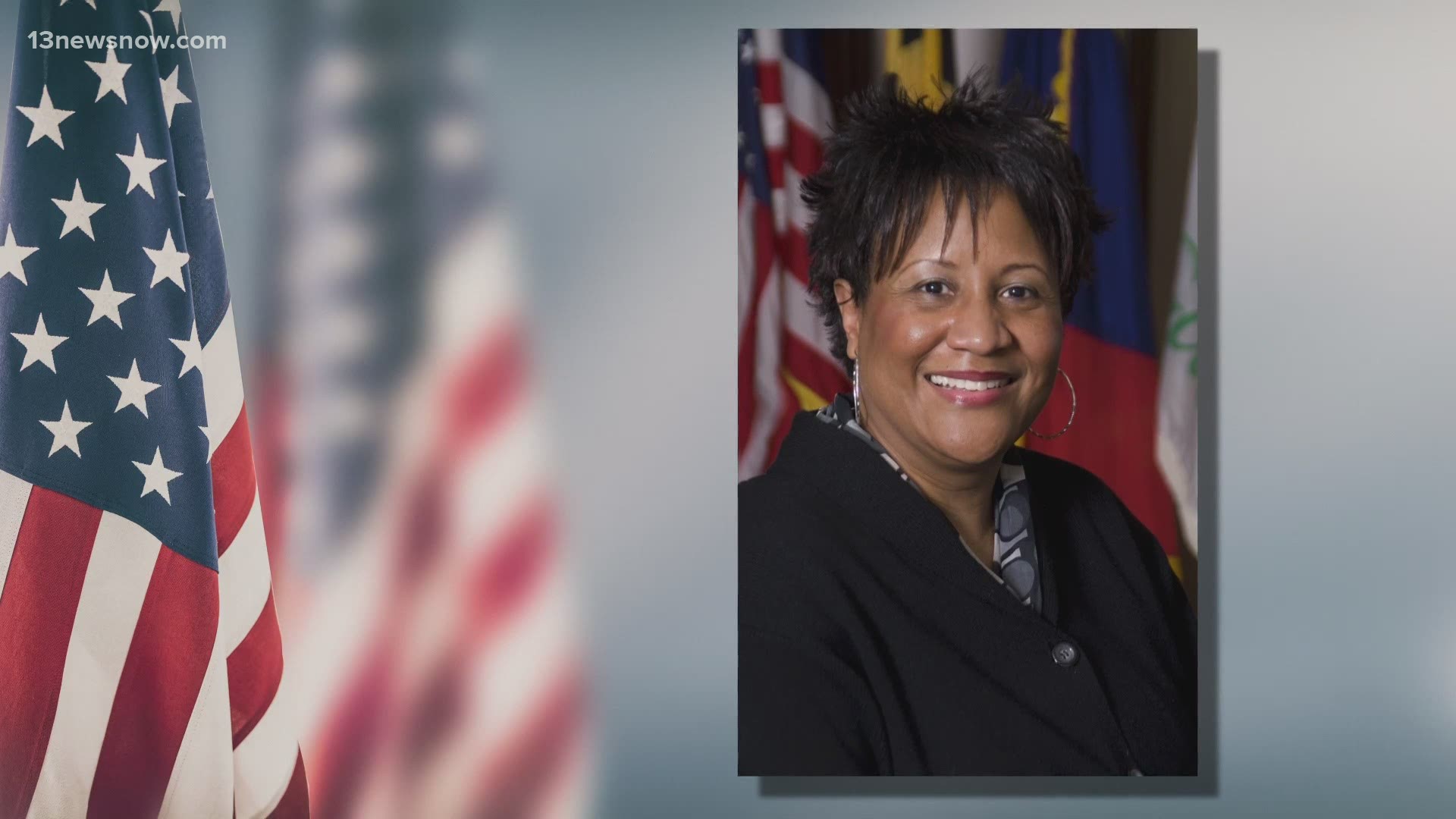 PORTSMOUTH, Va. — After several twists and turns, Portsmouth has a new city manager. The big announcement came after a 4-3 vote.

“Angel L. Jones will be the next city manager of the city of Portsmouth, and I'm happy about that,” explained Portsmouth’s Mayor Shannon Glover.

City council approved the appointment of Jones during a special meeting on Thursday. Mayor Glover believes Angel Jones will move the city in a bold new direction.

According to her LinkedIn page, Jones currently works for a management consulting firm in Maryland. Before that, she worked as a city manager in Maryland and Oregon.

Glover said, “She is a big community person and a collaborator. Her background is bringing people together to solve problems and to make things better, so that's what I am interested in.”

Not everyone on the city council wanted Jones as Portsmouth’s next city manager. Vice-Mayor De’Andre Barnes said she wasn't his pick.

Barnes said Swinson may have had some baggage behind her, but said it is cleared up and called her charges a misunderstanding. Barnes said she would have been a perfect candidate because she is Portsmouth tough.

“She (Swinson) comes from a neighborhood where she is tough enough to take the things that come with the job and be able to succeed with it. She is a good business owner; she has built herself up and has become successful and that is the type of person I want running our city.”

Mayor Shannon Glover said they offered Jones the job. He said she accepted. Glover said her contact will be finalized next week, if all goes well tonight. #13NewsNow pic.twitter.com/QAEbccbjSZ

“I hope she unites the city as far as her leadership. I hope she unifies city hall,” explained councilman Bill Moody.

Moody is one of the four who voted to hire Jones after getting clarification on what he calls a big topic.

“It was all over social media that she was supporting defunding the police department and she just recently clarified that, that she is not anti-police. She’s not going to come into Portsmouth and suggest we defund our police department,” he explained.

Mayor Glover said Jones’ full contact has not been finalized, but it should be done next week. Those details include the length of her contact, a car allowance, and an expense account.

“I suggested her contact not be longer than two years. I think two years is an ample test drive to see if she is a good fit for us and if we are a good fit for her,” Moody said.

If all goes as planned, Jones will start as Portsmouth’s newest city manager on April 12.

The path to a new city manager for Portsmouth had multiple missteps. Following the resignation of former city manager Dr. Lydia Pettis Patton last fall, city council members voted to confirm former mayoral candidate Danny Meeks' appointment to the post back in January, only to reverse their decision minutes later.

Mayor Shannon Glover, who defeated Meeks in last year's mayoral election, at the time asserted the city had received more than 70 applications for the job and that Meeks had never applied. He also said city leaders spent $22,000 to hire a consulting firm to help out with their search.

Businesswoman Sunshine Swinson was later set to be the top pick for city manager, but after it was revealed she was facing welfare fraud charges in Suffolk, another candidate's name began to be circulated.

Jones became the new front runner and was who city council ultimately decided on. Jones used to be a city manager in Maryland and before that, she was an assistant city manager in Oregon.