The City Manager of Portsmouth, Dr. L. Pettis Patton, released a statement about the resignation of the former police chief, Tonya Chapman. 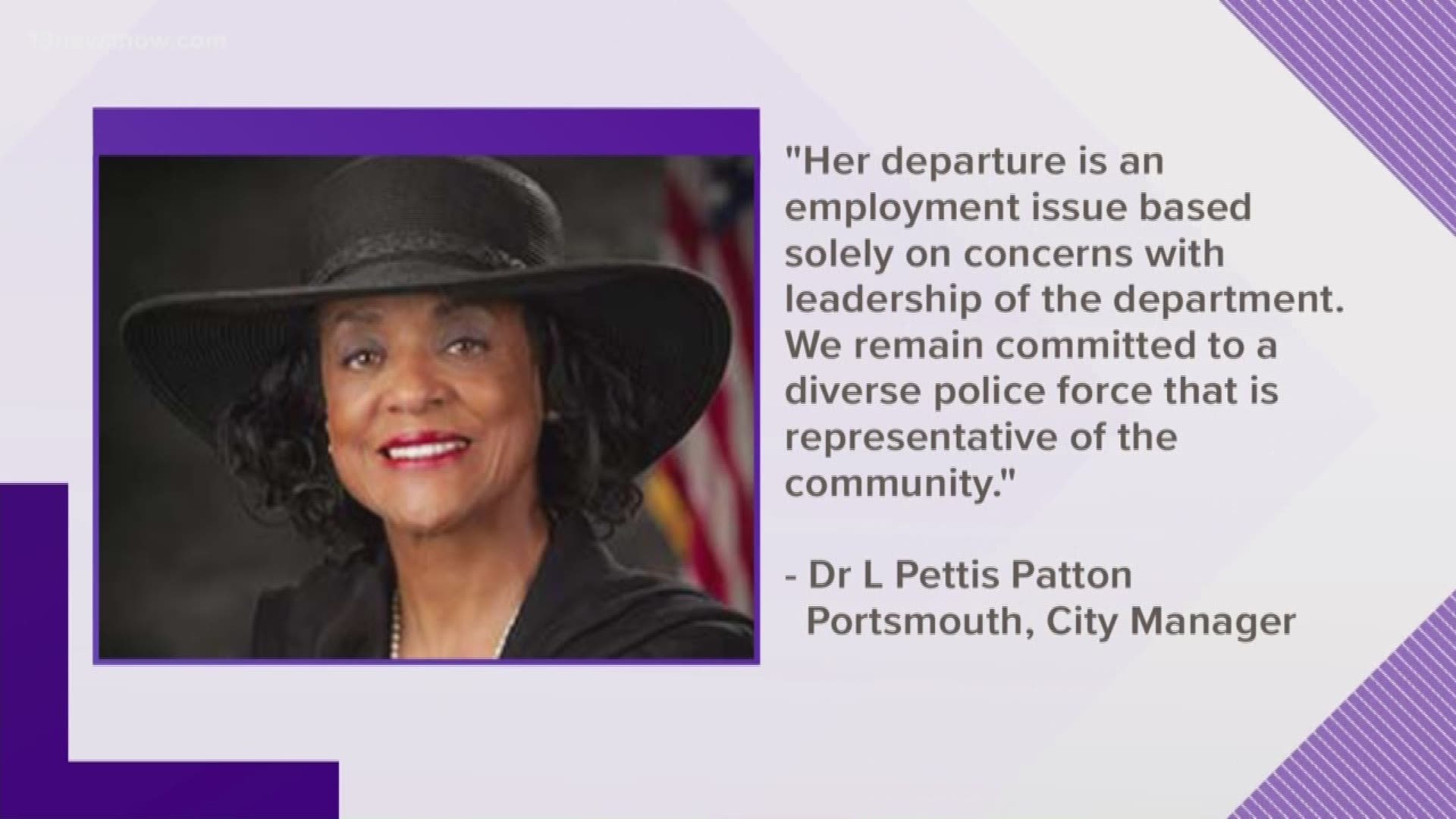 PORTSMOUTH, Va. — Dr. L. Pettis Patton, the City Manager for Portsmouth, shared a statement on Tuesday, on behalf of the city. The statement addresses the circumstances surrounding the resignation of the Former Police Chief Tonya Chapman.

Patton's statement is as follows:

The City of Portsmouth was proud to hire Virginia’s first female African American police chief and, during her tenure with the Portsmouth Police Department, there is no doubt that Tonya Chapman made great strides to improve community relations, further diversify our police force, and make our neighborhoods safer.  Her departure is an employment issue based solely on concerns with leadership of the department. We remain committed to a diverse police force that is representative of the community. The allegations being made against the Portsmouth Police Department are very serious and the City will cooperate fully with the appropriate authorities to make sure they are properly addressed.

In March, Tonya Chapman said in a four-page statement that her resignation was forced. She said she was called into a meeting with Patton, who began to read a "scripted document" that said in part that Chapman had "lost the confidence" of her department.

Chapman also said she had "never witnessed the degree of bias and acts of systemic racism, discriminatory practices and abuse of authority in all of my almost 30-year career in law enforcement and public safety."

Assistant Chief Angela Greene has been named interim Police Chief. She has served on the Portsmouth Police Department since 2016. She started her law enforcement career with the City of Richmond Police Department in 2001.

We are taking the allegations being made against the Portsmouth Police Department seriously and are cooperating fully with the FBI.  The City of Portsmouth has an extremely dedicated, diverse police force committed to making our streets, neighborhoods and schools safer.