Portsmouth City Manager Dr. Lydia Pettis Patton is stepping down from her position. She was appointed in 2015 and was the city's first female city manager. 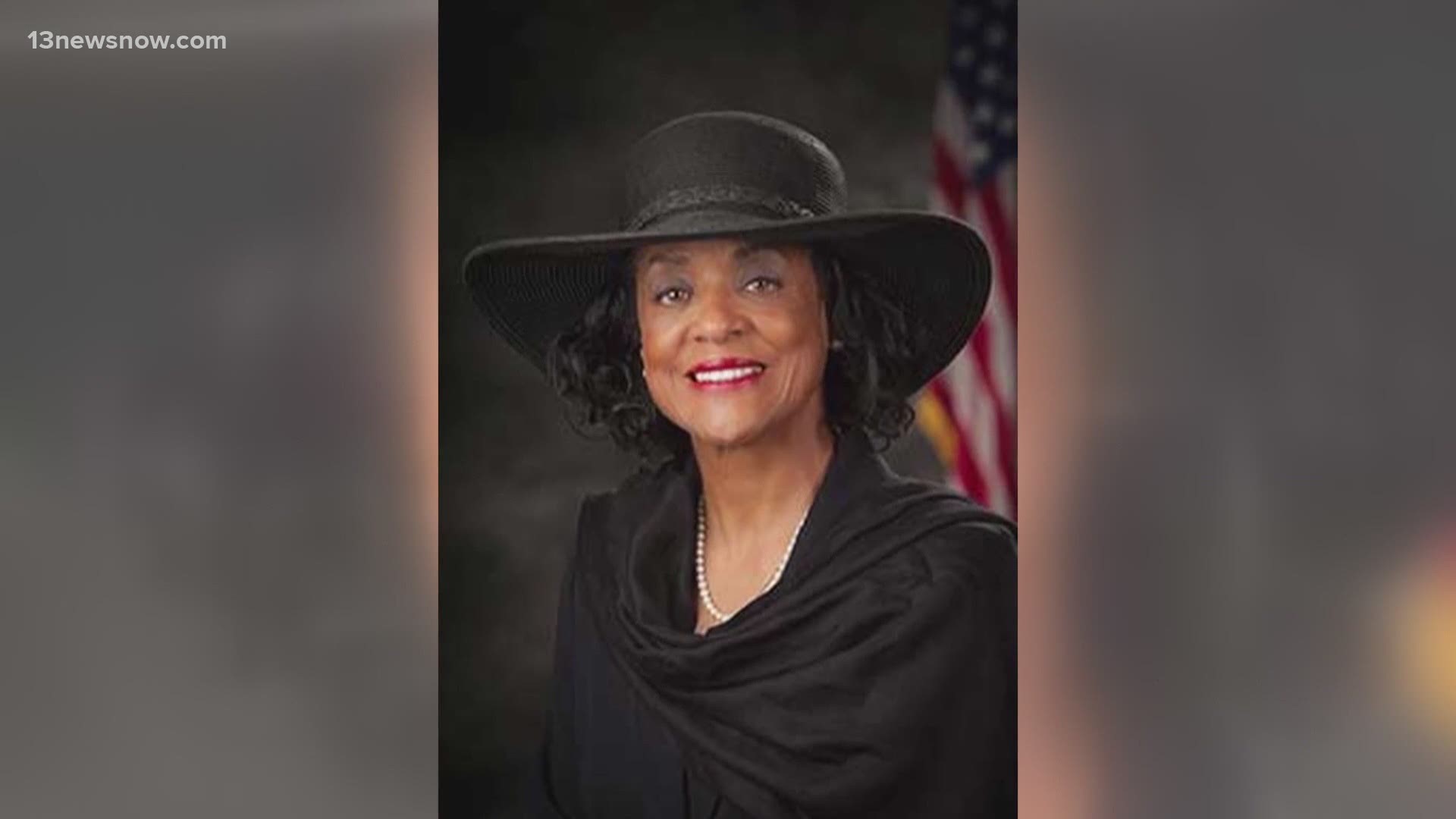 PORTSMOUTH, Va. — Portsmouth's city manager is resigning from her position effective immediately as the city grapples with controversy over felony charges that were filed against several public officials and community leaders.

Dr. Lydia Pettis Patton sent a letter to city leaders on Tuesday notifying them of her resignation. It's unclear at this time why Pettis Patton chose to step down from her post. She was set to retire at the end of this year.

The vote was split on racial lines, with 3 black council members voting nay, and the 3 white council members and Mayor John Rowe approving it #13NewsNow pic.twitter.com/9lVfgwJ3EG

The city has been embroiled in social unrest over arrest warrants that were taken out against a number of high-profile individuals, including state Senator Louise Lucas, leaders of the Portsmouth NAACP branch and several public defenders. Portsmouth Police Chief Angela Greene announced that those warrants were filed on Aug. 17.

More than a dozen people were charged with felonies connected to the damage the Confederate monument sustained during a destructive protest on June 10. One demonstrator, Chris Green, was severely injured after protesters pulled a statue down on top of him.

The monument has since been dismantled and removed from its place in Olde Towne. It's currently sitting in storage as city leaders decide where it should be placed next.

Many community leaders rallied together demanding that Pettis Patton call for Greene's resignation following that announcement.

Last week, she placed Chief Greene on paid, administrative leave for 30 days, pending an investigation into policies she created as police chief.

Pettis Patton was appointed to her position in 2015. City Council voted her in unanimously in September of that year.

She was Portsmouth's first female city manager. Before that, she was the Deputy City Manager from 2002 to 2008, but her tenure working with the city stretches back to the 80s.

"Through prayer and reflection, I have decided that in the best interest of the city of Portsmouth,  to step aside immediately as City Manager conditioned upon the city meeting it's obligations owed to me under my contract," Pettis Patton wrote in a letter to the mayor, vice mayor and city councilmembers. "I have served this city with honor and dedication and I want to leave the city as I came in 1986 with honor."