The City of Portsmouth is in talks with development group Armada Hoffler Properties to move downtown city buildings and redevelop the Portsmouth waterfront. 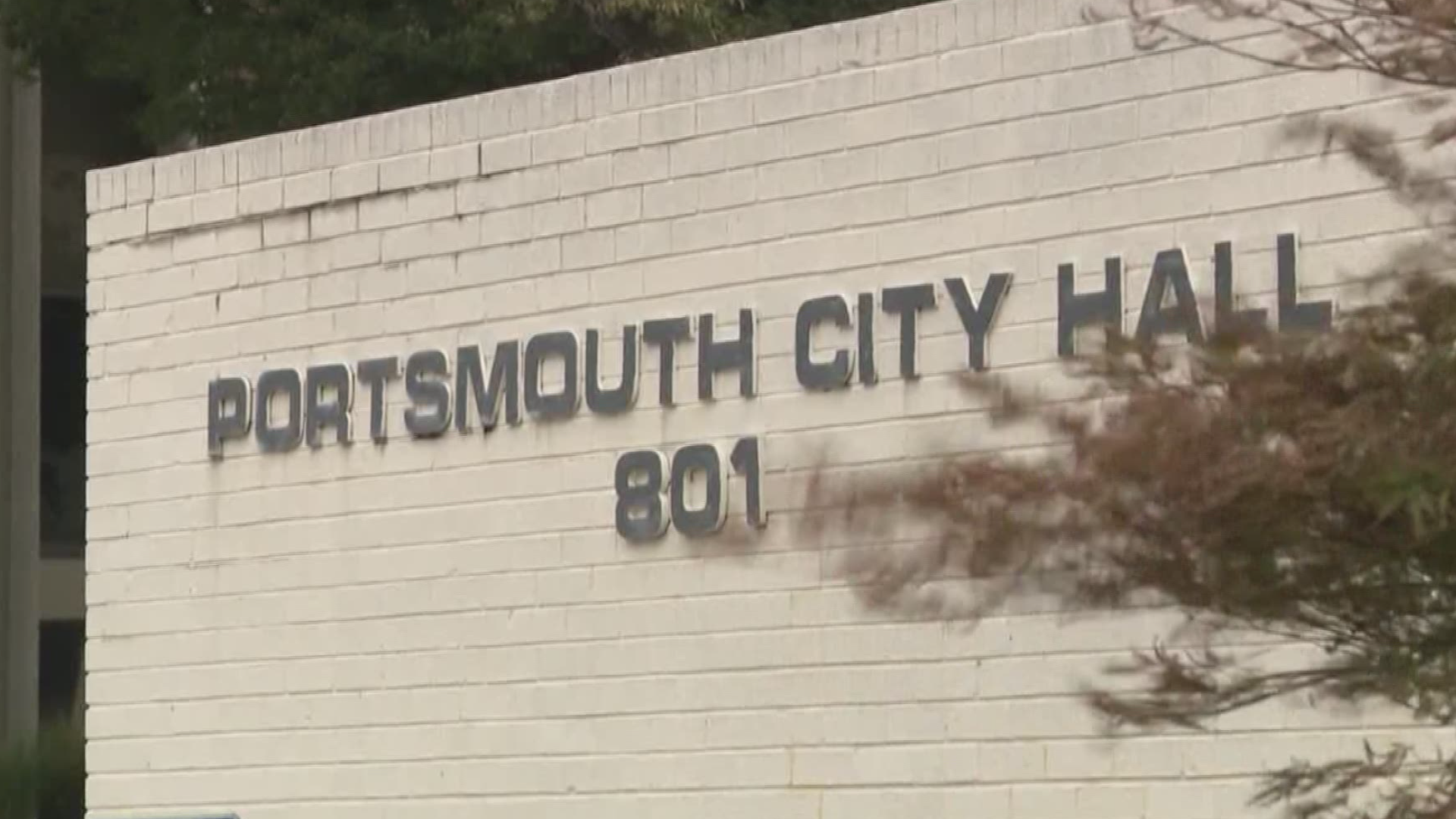 PORTSMOUTH, Va. — Portsmouth City Council is delaying a vote on $475,000 for a city hall relocation project, and instead seeking the public's input, first, on the design concepts.

It's the latest sign that a plan to redevelop the city's downtown waterfront area is gaining traction.

The proposal, submitted by development group Armada Hoffler Properties, would replace city hall and nearby city properties with waterfront apartments.

A new Portsmouth City Hall and a new Police and Fire Public Safety building would be built about two blocks away, replacing a city parking garage at 200 County Street.

City documents show the $475,000 would serve as a contingency plan.

Armada Hoffler is offering to pay that amount to finish designing the new city and public safety building, but if Portsmouth pulls out of the relocation project, the city would be required to pay $475,000 back to the developer. The city could keep the concept plans already created, though.

At a somewhat heated workshop Monday night, councilmembers saw the design concepts from Armada Hoffler. The initial plan was to vote on the $475,000 Tuesday night during the full council meeting.

However, after a back-and-forth between councilmember Paul Battle and Mayor John Rowe and others, a public hearing on the matter was scheduled for Monday, Sept. 9 at 6:30 p.m. in the council chambers.

The city leaders now want to hear from taxpayers before moving forward with the project.

"Before we spend a dime of money, I want to hear from the public," Mayor Rowe said.

Portsmouth native Imani Barmore said she is surprised by the project and uncertain if it will really bring the "total makeover" that city leaders envision.

City documents say Portsmouth staff have met with Armada Hoffler and different consultants consistently over the past few months to discuss the plan.