Every second counts when someone needs an ambulance. But in Portsmouth, time may not be the only issue. 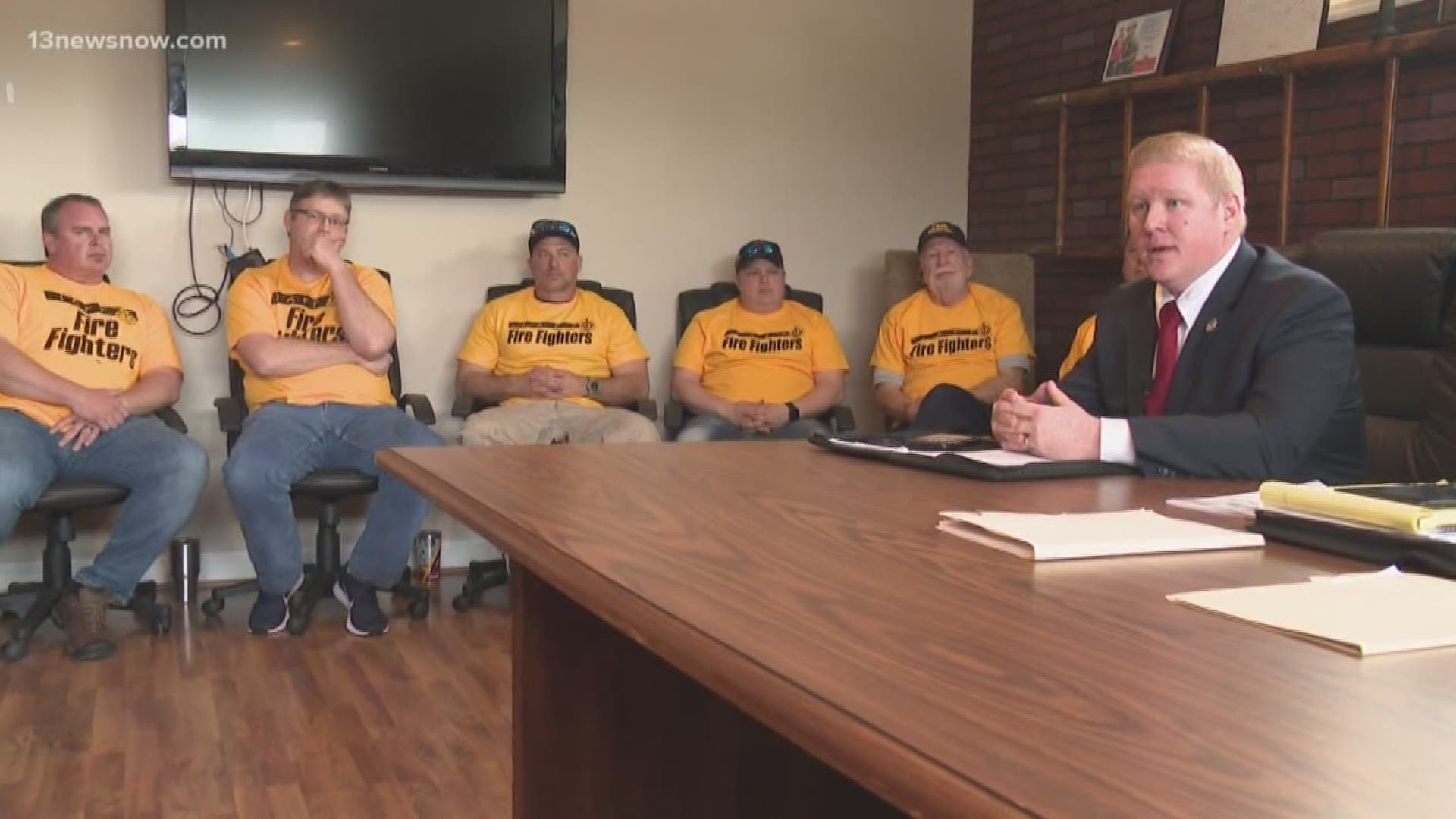 PORTSMOUTH, Va. — Short staffing continues to put a strain on Portsmouth emergency services, according to the union representing the city's firefighters and paramedics.

Every second counts when someone needs an ambulance. But in Portsmouth, time may not be the only issue.

"We have a staffing shortage, with our paramedics specifically,” Turner said. “We are lowering the level of care with ambulances responding to calls."

"Difficulty breathing, your respiratory arrests,” Turner said. “Those calls require medications that we are not allowed to give."

In turn, he said firefighters are working 166 hours every two weeks to keep their emergency trucks in service.

"It is taking 12 overtime shifts every day to keep our trucks in service,” Turner said.

They've been pushing for the city to fill open positions and add more. Turner said they are down 48 positions in the fire department, with 159 staff members who can respond.

He said the 244 positions listed in the city's 2020 fiscal year budget includes all staff, like secretaries.

"There are many days when we are requiring medic ambulances from Suffolk, Norfolk, and Chesapeake to come into the city because we just don't have enough,” Turner said.

The need for staff stretches to the Portsmouth Police Department and dispatchers as well.

"The fire department is now responsible for the dispatchers. However, there are only 11 positions filled of the 33,” Turner said.

He said the union members met with the city manager last year, but the problem remains.

"We have seen zero hires since then and that was the first week of November,” Turner said.

"We are hoping to see in the budget presentation on the 23rd that we are making progress towards staffing the department,” said Union President Kurt Detrick.

The union said they recognize the lower pay scale in public safety careers is a factor for the shortage. But, they hope to work with the city on that, as well as the retention of employees.

Through the city's spokesperson, Fire Chief James Hoffler said they are in the process of hiring several part-time paramedics. They will soon start the process to hire for five full-time positions. They said 18 firefighter recruits are currently in the academy.

In the meantime, Turner said firefighters will continue to get the job done.

"We don't have a problem going the extra mile for our citizens,” Turner said. “The problem we have is the fact that the level of care has been lowered."

The city will present the new budget on March 23 at City Hall.