Portsmouth florists gearing up for Valentine's Day, the 'busiest time of the year'

Here’s a reminder for you: Valentine’s Day is on Friday! 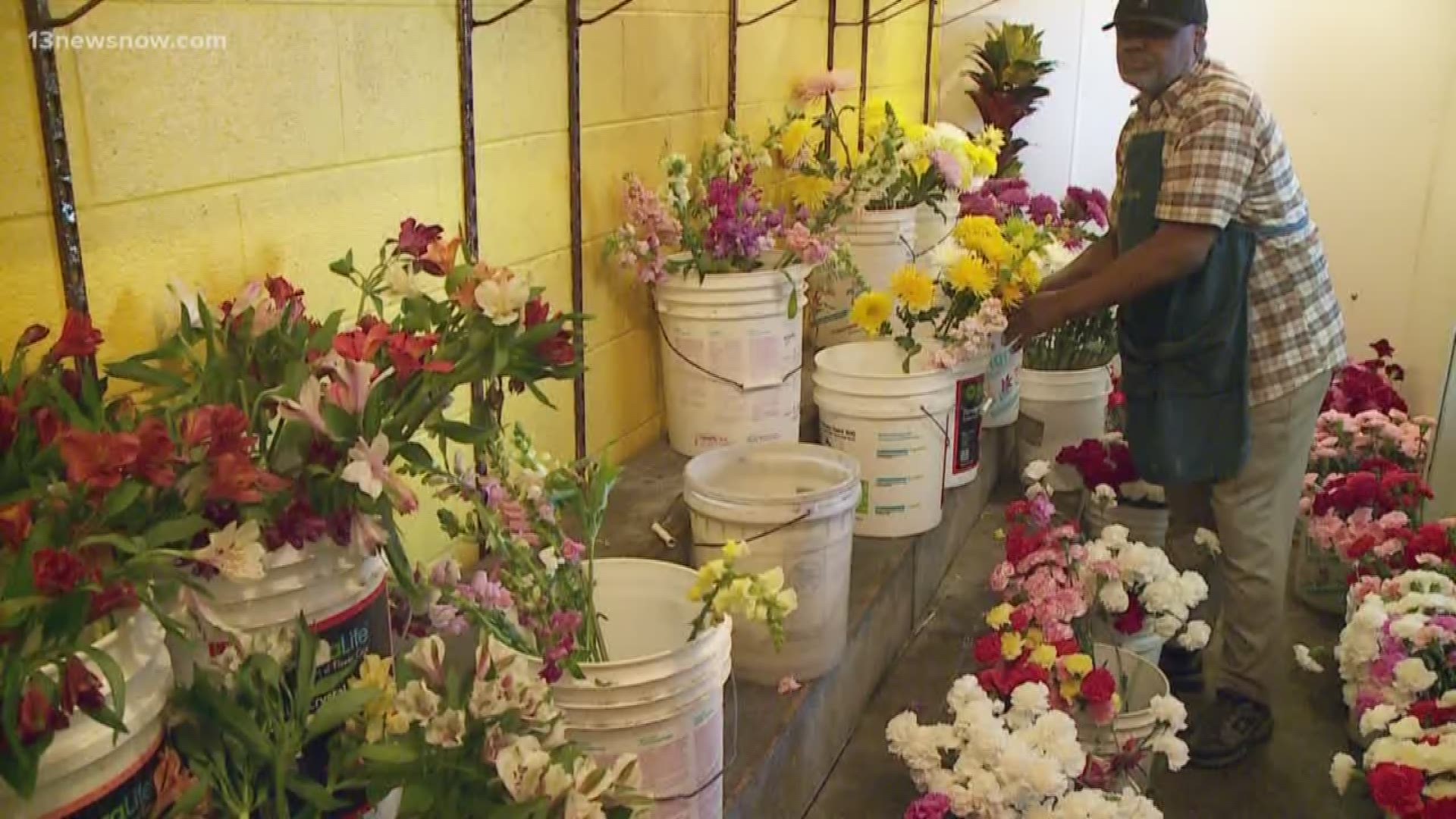 PORTSMOUTH, Va. — It’s less than a week until Valentine’s Day and employees at a floral shop in Portsmouth say they’re already preparing for the holiday, which is one of their busiest days.

“Men always forget! Wait until the last minute,” owner Charlie Etheridge joked. “It’s the busiest time of year. The next holiday is Mother’s Day—that’s a big one.”

Portsmouth Floral Company is family-owned and has been open since 1945.

Priscilla Etheridge has been working alongside her father for close to 40 years.

“A couple years ago, we had two gentlemen in competition with one another," she said. "One wanted, I believe it was five dozen roses, and the other gentleman wanted six dozens roses!”

She says they tend to get the more unique requests around holidays like Valentine’s Day, but they say it’s worth it just to hear and see the reaction from happy clients.

“A lot of my customers just call me up and say: Charlie, I need this – send it," Charlie Etheridge said. "I take care of it, I know what they want, I’ve been dealing with them for years.”

Etheridge says around this time of year, they put in long hours taking phone calls and orders and making arrangements.

“We get flowers flown in from South America, Columbia, Ecuador, we also get flowers – believe it or not - from Israel sometimes," Charlie Etheridge said. "Holland is a big flower market, too.”

But if you haven’t ordered anything for your loved one this Valentine’s Day, you still have time!

Priscilla Etheridge says you may want to act fast because towards the end of the week they have to stop taking orders because they get too many.

So let this be a little reminder to pick up something special for that special someone.

RELATED: Add these thoughtful touches to your next Valentine's Day gift