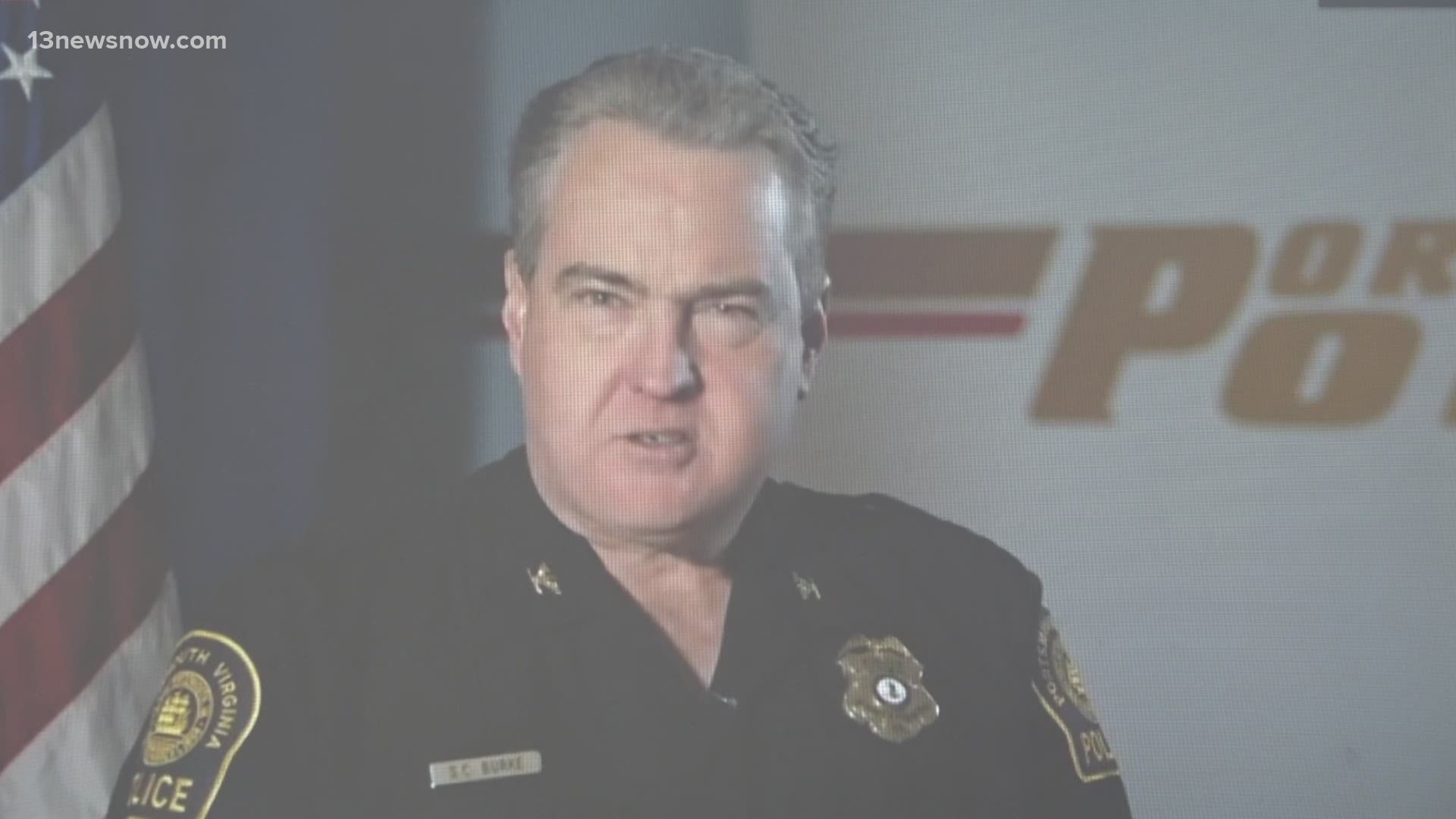 PORTSMOUTH, Va. — It’s a harsh reality in Portsmouth: homicides are on the rise.

During a live-streamed press conference Friday, Scott Burke, the interim chief of the Portsmouth Police Department, delivered the department’s first-ever State of the Department briefing.

The department received submitted questions ahead of the press conference.

Overall, violent crime in Portsmouth declined by four percent in 2020.

However, the number of homicides in the city last year rose 133%, a massive increase. Many of those homicides involved guns.

Burke briefly discussed how the department plans to tackle violent crime in 2021.

“We’re doing that through the district programming, district captains," he explained. "We’ve mobilized the street crimes unit and intelligence unit to build and investigate cases.”

He highlighted three "focus areas" in the community where his department hopes to lower crime.

Burke said the department partnered with Radford University in early 2020 to identify the focus areas most critical to lowering crime. They identified three areas:

One positive aspect of 2020 was the significant drop of property crimes in the city, such as larcenies.

“One of the biggest challenges of 2020 was the COVID pandemic,” Burke said. “It had a tremendous impact on community involvement."

One of the department’s goals for 2021 is to form new partnerships and launch new community-based initiatives with area organizations. Among them: Bon Secours, Sentara, the Virginia Department of Health and Portsmouth Social Services.

In a question ahead of the press conference, 13News Now asked Burke how the department specifically plans to address division in the city, especially the confederate monument controversy and the firing of former police Chief Angela Greene, which sparked protests.

Burke made no mention of Greene, but addressed the need for unity.

“We’re going to all be coming together and adding faith communities and civic league communities as well, to look at a larger picture of how Portsmouth can come together as one Portsmouth."

As the department moves into a new year, it’s dealing with 73 vacancies. Burke said recruitment efforts are ongoing.