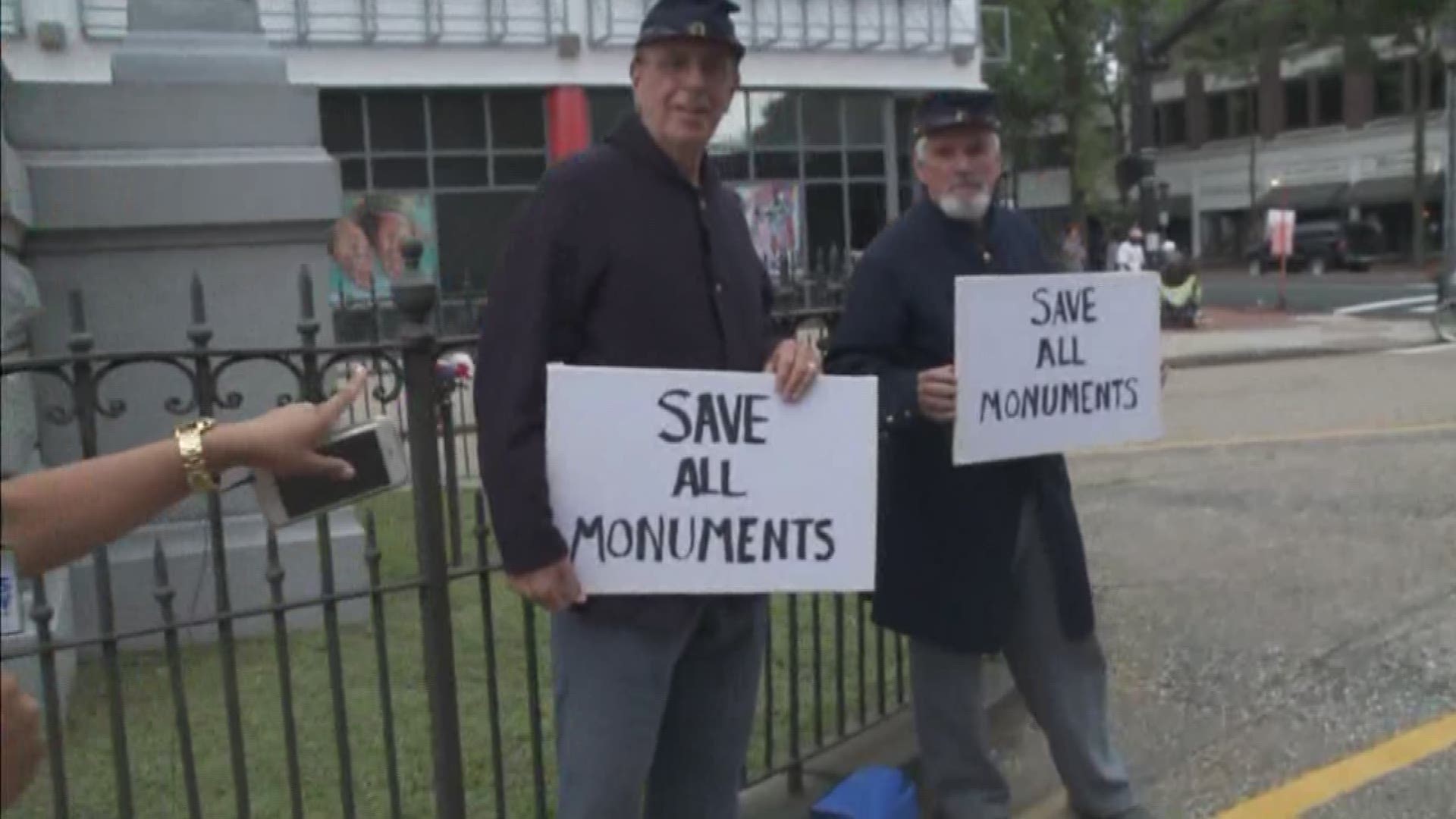 PORTSMOUTH, Va. (WVEC) -- Hours ahead of a planned protest at Portsmouth's Confederate monument, the city's mayor is calling for the statue to be removed from its current location, and instead be placed at Cedar Grove cemetery, where Confederate soldiers are buried.

Mayor John Rowe said he was not advocating the statue be removed entirely, only that it no longer sit near the intersection of Court Street and High Street in Olde Towne. The money it would cost to relocate the monument would come from the city's general fund.

City council would have to take formal action through an ordinance, and would also need to figure out a way to disassemble the monument without damaging it. At least one councilman, Bill Moody, has said he opposes moving the statue, because it was placed there with private money and council does not have the authority to move it.

Rowe, however, wants the statue moved as soon as possible.

Meanwhile, members of the Coalition of Black Americans (CoBA) plan to gather with other people at the monument on Thursday, beginning at 6:30 p.m. Rowe is calling for a peaceful gathering, and that he wants it to be a gathering of prayer.

The mayor says he will be in attendance.

The monument, which was built between in the 1800s, and is listed on the U.S. National Register of Historic Places.