The councilman told 13News Now he is not a racist, he's just defending 'our country from the Congresswomen and others who are disparaging America.' 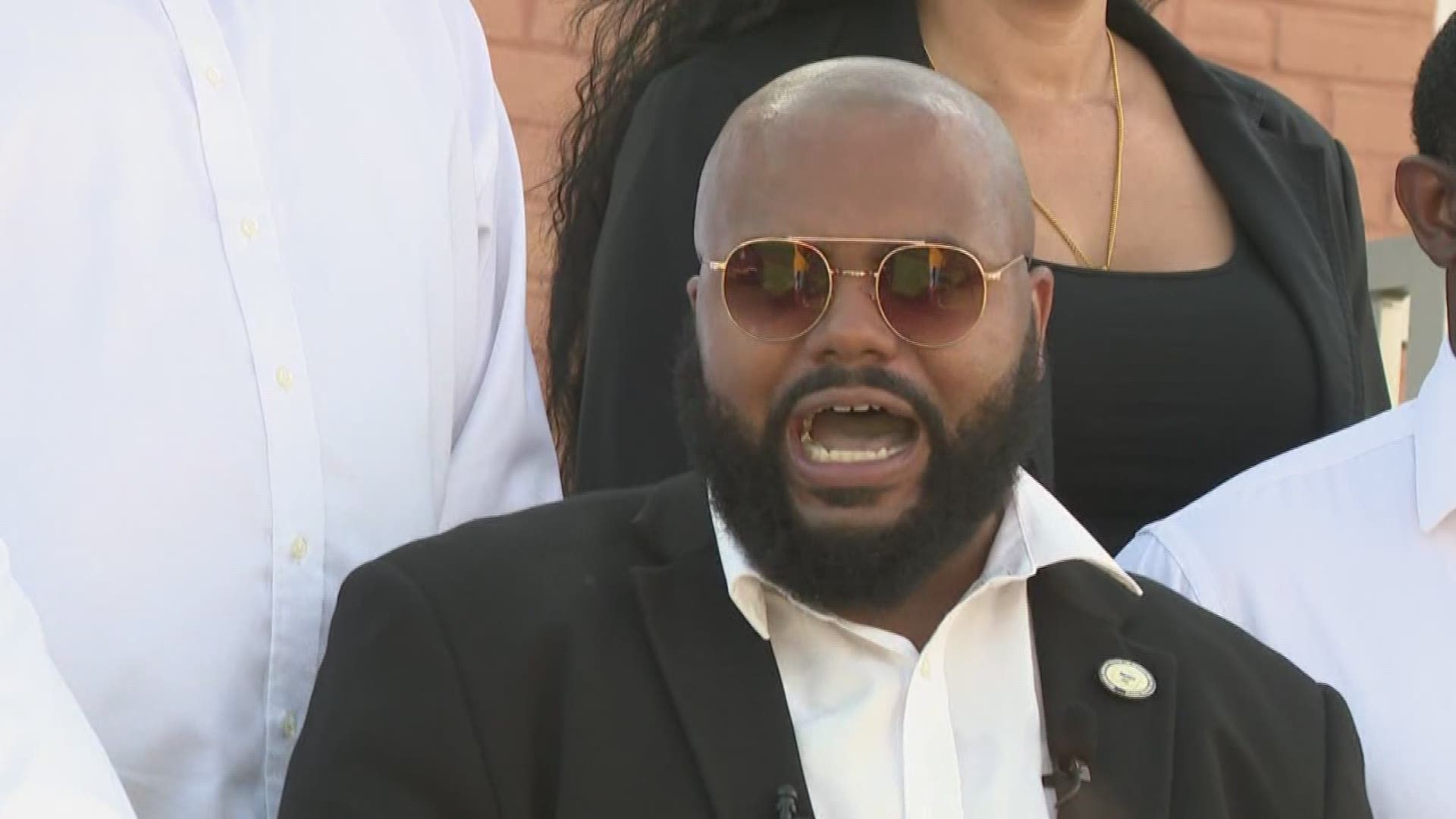 The Councilman tweeted Wednesday and said, "I am really tired of hearing the term people of color.  Martin King said "I have a dream that my four little children will one day live in a nation where they will not be judged by the color of their skin, but by the content of their character. Aparently [sic] the "Squad" doesn't agree."

He referenced the Democratic Congresswomen who have been under attack from President Trump and his followers.

On Thursday, Moody tweeted about Democrats and their media followers having "an awful week."

13News Now spoke with the councilman and he said he's not a racist, he is simply just defending "our country from the Congresswomen and others who are disparaging America."

"The term, go back where you came from, is not just a statement it's not about being discontented with the country. It is a derogatory and an offensive statement that African Americans, black folks, have been dealing with for generations it speaks to hate and it speaks to bigotry," Boyd said.

Boyd went on to say that agreeing with Moody's sentiment is racist and dangerous for non-white citizens in Portsmouth.

The NAACP said they’re calling on elected officials to condemn his statements.

I am back home now, but I still have not had the opportunity to read or see Councilman Moody’s tweets.

However, I have been told that in his tweet - Councilman Moody defended Donald Trump and the comments that he has made over the past five days or so. I gather from what I have been told about Moody’s tweets is that Moody is supporting Trump.

I do not support Trump, and I am of the opinion that Trump’s recent comments – rhetoric – are racist, and that they extremely “cross the line.” They cross the line in so many ways to include violating federal employment regulations on race and race relations. His words are dividing the country and setting back race relations.

Please understand that I do not support Trump, his policies, his actions, nor - especially - his rhetoric.

As you know, whether or not an individual person supports Trump and his rhetoric is not a City issue.

Bill Moody has always shown Portsmouth voters his true colors and feels emboldened because he gets re-elected time and time again. His base supporters obviously appreciate his racist rhetoric just as much as they appreciate Donald Trump. Elections do have consequences, therefore; it is time for all the good people of Portsmouth who understand and know that we can do better to raise up and take a stand against the kind of overt racism we have experienced with Bill Moody over the years. As a former President of the Portsmouth Branch NAACP, I was fighting racism and injustice before our current president of #NAACP, James Patrick Boyd, was born and it’s unfortunate that we are still dealing with this kind of racism and intolerance in a city where the majority of citizens are PEOPLE OF COLOR. Thank you for scheduling the press conference young freedom fighter and know that I stand with you because the struggle is still real. #GoodJobJamesPatrickBoyd.