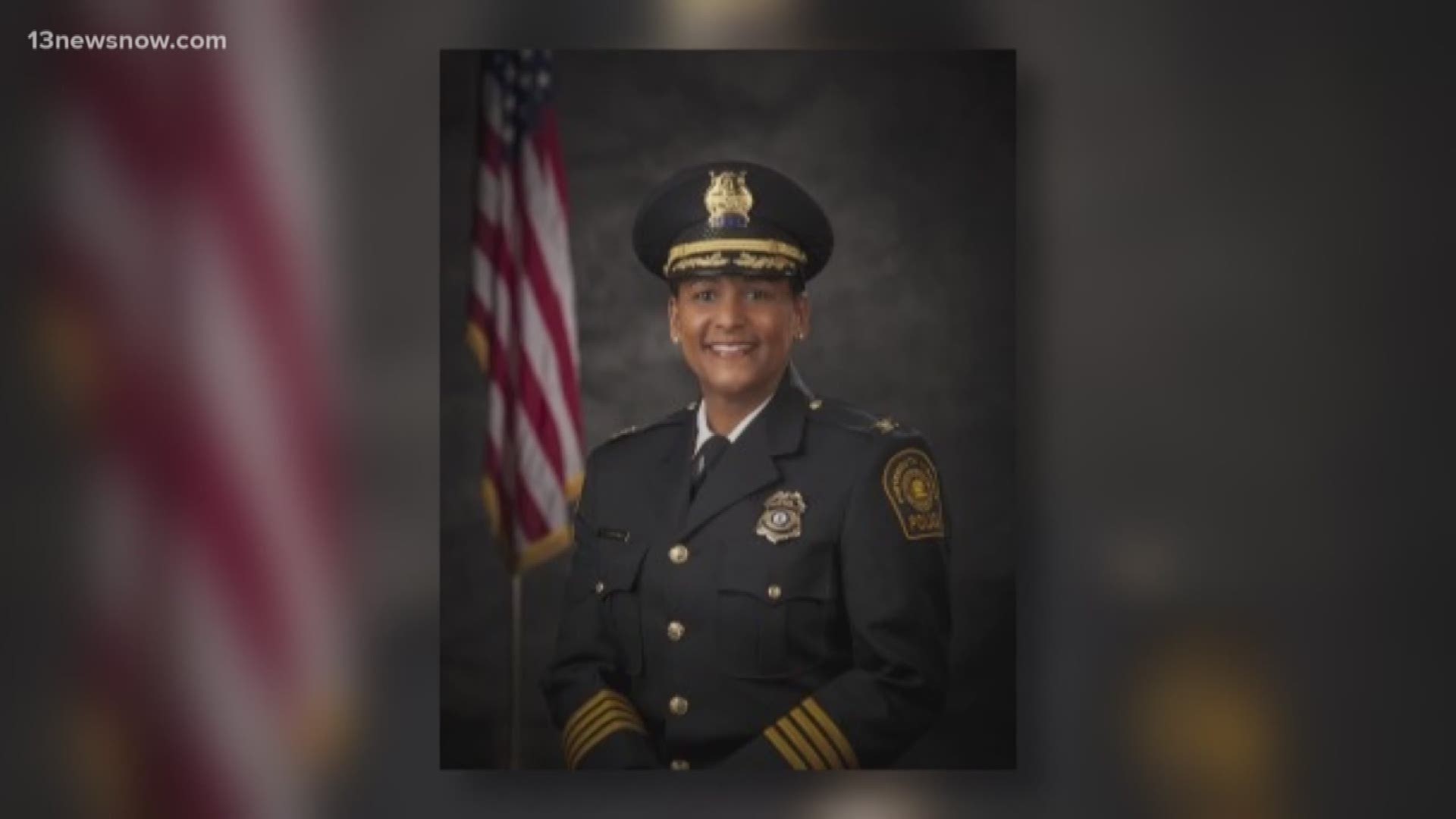 The reasoning for Chapman's resignation has not been announced. She has served in law enforcement for over 29 years. Chapman became Virginia’s first African-American female chief of a municipal police department when she was sworn-in in 2016.

Throughout the years, many people said Chief Tonya Chapman made her mark on the community.

“With her coming to the meetings and being involved and making sure we had representatives kind of changed our image of the police department,” said Historical Truxton Civic League President Chester Benton.

“She was very personable. She came out the first time she came to one of our meetings, she was sitting there and she just fit right in, and we didn’t even know it was Chief because she fit right in,” Benton said.

“They went through and went door to door and they talked to people in the neighborhood, and it calmed people down and let them know what the shooting was all about,” said Benton.

Greene became a patrol sergeant in 2005, with the implementation of sector policing starting in the Richmond Police Department. As a sergeant, she supervised the personnel and recruitment unit, cadet program and the training academy.