Man wanted for murder in Portsmouth turns himself in to police

Police said Keilynd R. Rice is charged with second-degree murder, felony abuse and neglect of a child in connection with an incident on February 26, 2020. 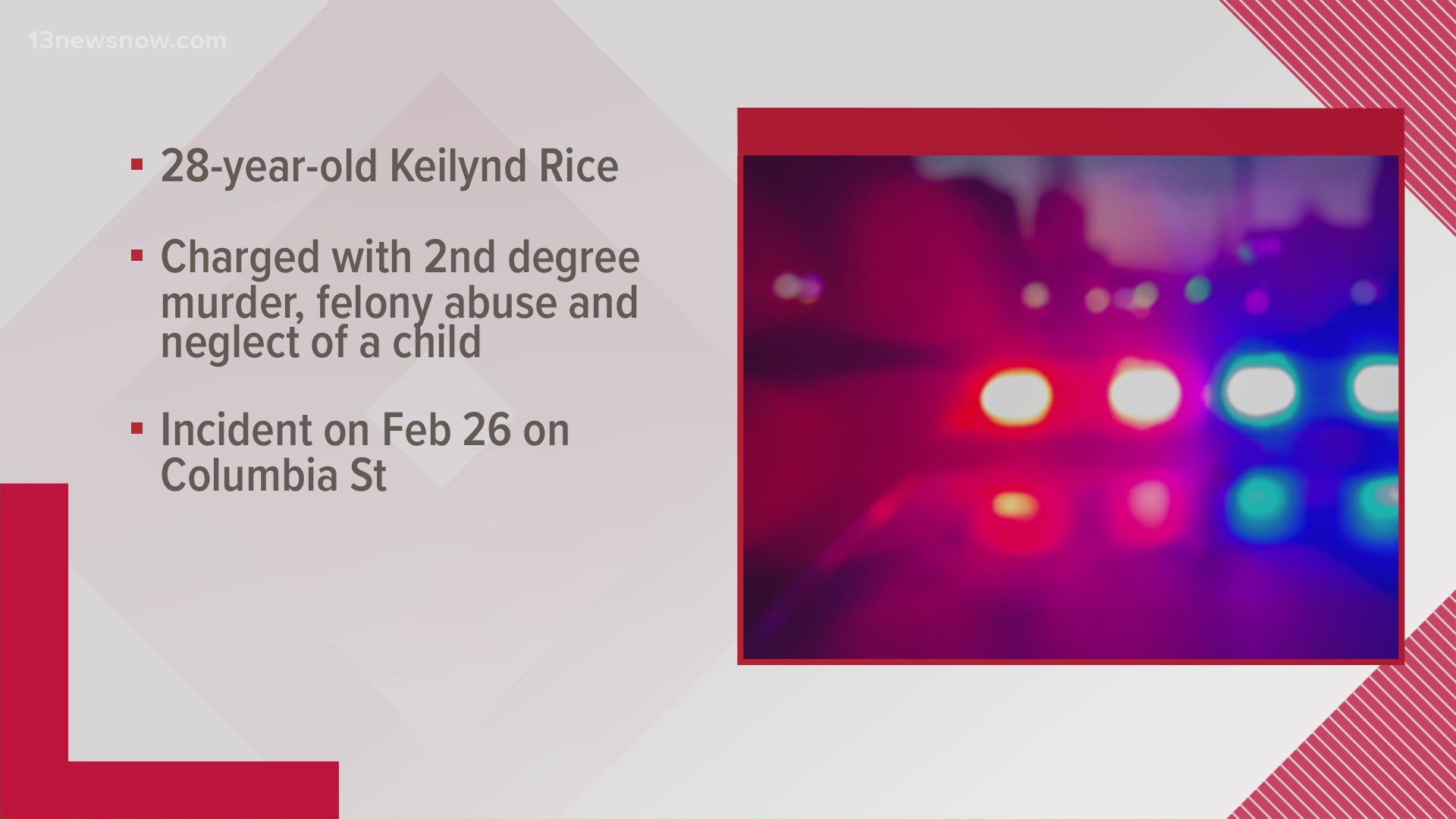 PORTSMOUTH, Va. — The search is off for a 28-year-old man wanted on murder charges from a February 2020 incident, after he turned himself in to police Sunday night.

According to officials, Rice was charged with second-degree murder, felony abuse and neglect of a child.

Rice's charges are connected to an incident that was reported on February 26, 2020, in the 4600 block of Columbia Street.