We're getting a better sense of when PPS students could return to the classroom. However, under the plan, high school students would remain virtual. 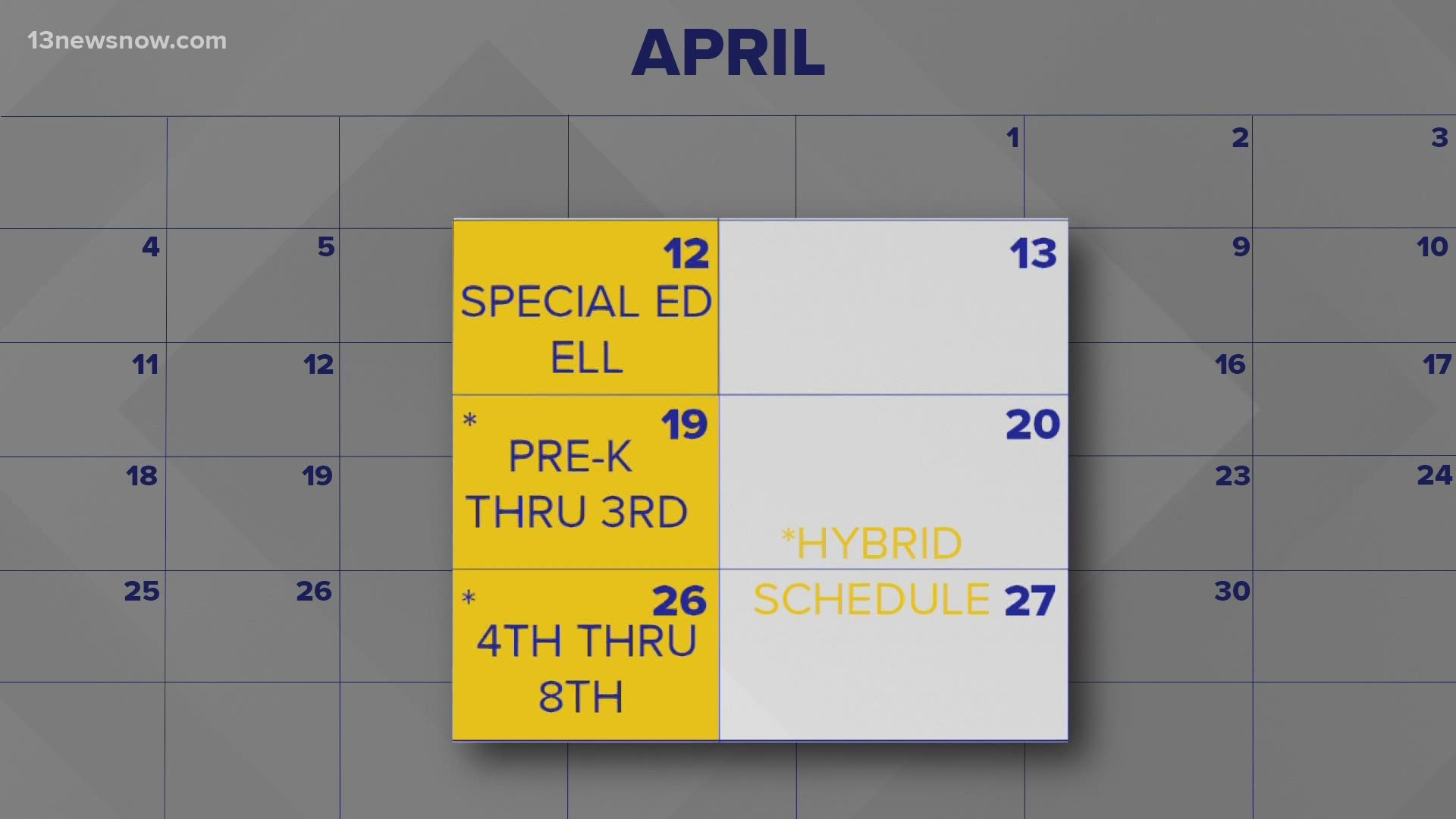 “Let me be clear, this conversation is not about whether the district could reopen, but should reopen," said Superintendent Dr. Elie Bracy during the virtual meeting.

Portsmouth Public Schools is one of the last school systems in Hampton Roads to have this conversation.

"There comes a time where we have to go back to school," said board member Costella Williams.

Under the proposal, all staff would return on March 29. Dr. Bracy said the district wants to give teachers the opportunity to be vaccinated if they wish to do so. The system estimates at least 60 percent of teachers would be vaccinated by then.

On April 12, special education and ELL students (K-12) would return to the classroom for four days of in-person learning per week.

On April 19, pre-K through third graders would return to a hybrid learning model.

On April 25, fourth through eighth-graders would return to a hybrid learning model, as well.

Parents would be granted the option for in-person or virtual.

However, high schools would remain in virtual learning for the remainder of the academic year.

"I just want to know, are we still looking at the metrics or are we considering something else?" asked board member Tamara Shewmake.

In January, the board voted to postpone any reopening talks until Portsmouth maintained a positivity rate below 10 percent for 10 consecutive days. As of Thursday, the 7-day-positivity rate was 16.8 percent, according to the state health department.

Several board members commended the plan's thoroughness but said they remain on the fence.

"It's just my thinking as far as the pandemic that still gives me, no, hesitation," said board member Rev. Cardell Patillo,

The school system will send a survey to parents in the coming days to decipher how many want their children in the classroom.

The board did not make a decision Thursday night. The vote is expected to take place at its meeting on March 4.

The proposal also includes measures for mitigation in the classroom, including social distancing, masks, and seating and highlights efforts for school buses. Watch the full special meeting here.