Portsmouth voters to decide whether they want casino in city

Many Portsmouth city leaders have touted the benefits of gambling for years. Those who haven't supported it question if a casino is the right fit for the city. 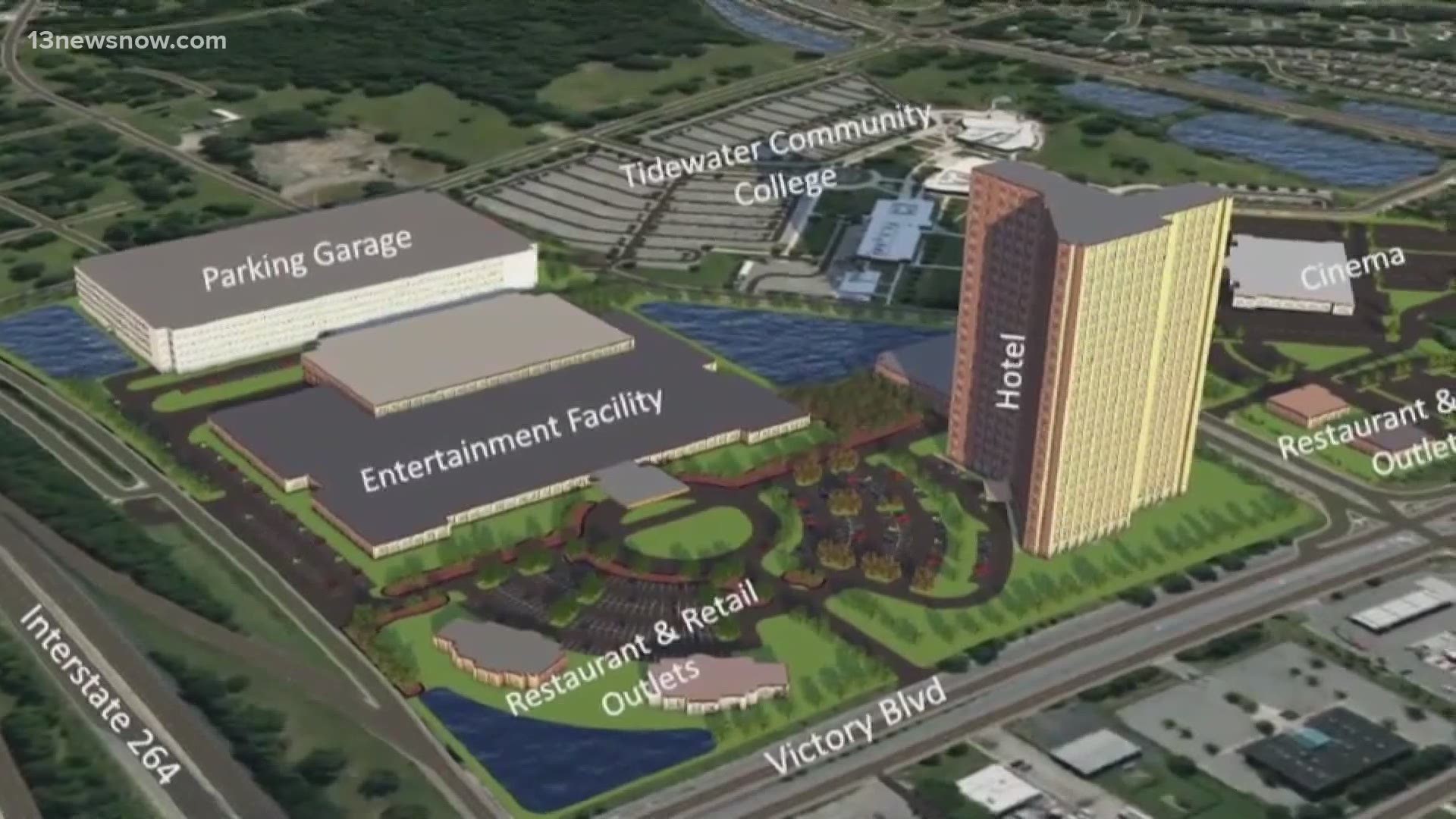 PORTSMOUTH, Va. — Portsmouth native and Virginia State Senator Louise Lucas worked for more than a decade to convince the General Assembly to allow casino gambling in the commonwealth. On November 3, voters in her hometown could make it a reality in the city if there's enough support for a referendum to pass.

Portsmouth Director of Economic Development Robert Moore has spoken about the benefits of the currently proposed casino development for months. It involves teaming up with Rush Street Gaming to put the casino and more on part of Victory Boulevard.

“This could be a game changer, pun intended, for this locality," Moore said. “This is larger than just a casino. This is an entertainment district. Everything from casino gaming, hotel, conference center, additional eateries, shopping."

Some opponents of the development have questioned if a casino is the right choice for the city. That includes Portsmouth mayoral candidate Anthony Goodwin who questioned the location of the casino. It’s a few miles from Downtown Portsmouth.

Other candidates have expressed concerns.

Donna Sayegh said the casino only would promote gambling addiction. Cliff Page questioned if the casino will bring crime.

“We’re right around 16 million dollars annually from a tax generation standpoint," he said. "But, more importantly, the jobs are what this really means for citizens here in Portsmouth.”

The project is supposed to create 1,400 construction jobs and 1,300 permanent jobs.

“Which is an opportunity to change the quality of life for an individual that could be working at this entertainment district," Moore said.

Portsmouth isn’t the only city eyeing a casino. It's neighbor across the Elizabeth River, Norfolk, also will be asking voters if they support a project in their city.

Moore said Portsmouth did its own independent study to see if casinos in Norfolk and Portsmouth could coexist.

“We always knew that there was the possibility of more than one casino in the region, and we also knew some of those casinos would be closer than others," he said. “We saw and found that you can have two casinos within close proximity with each other…We have the right partner to make this happen and make this work.”