Five more people have reportedly been charged, bringing the total number of people arrested to 19. 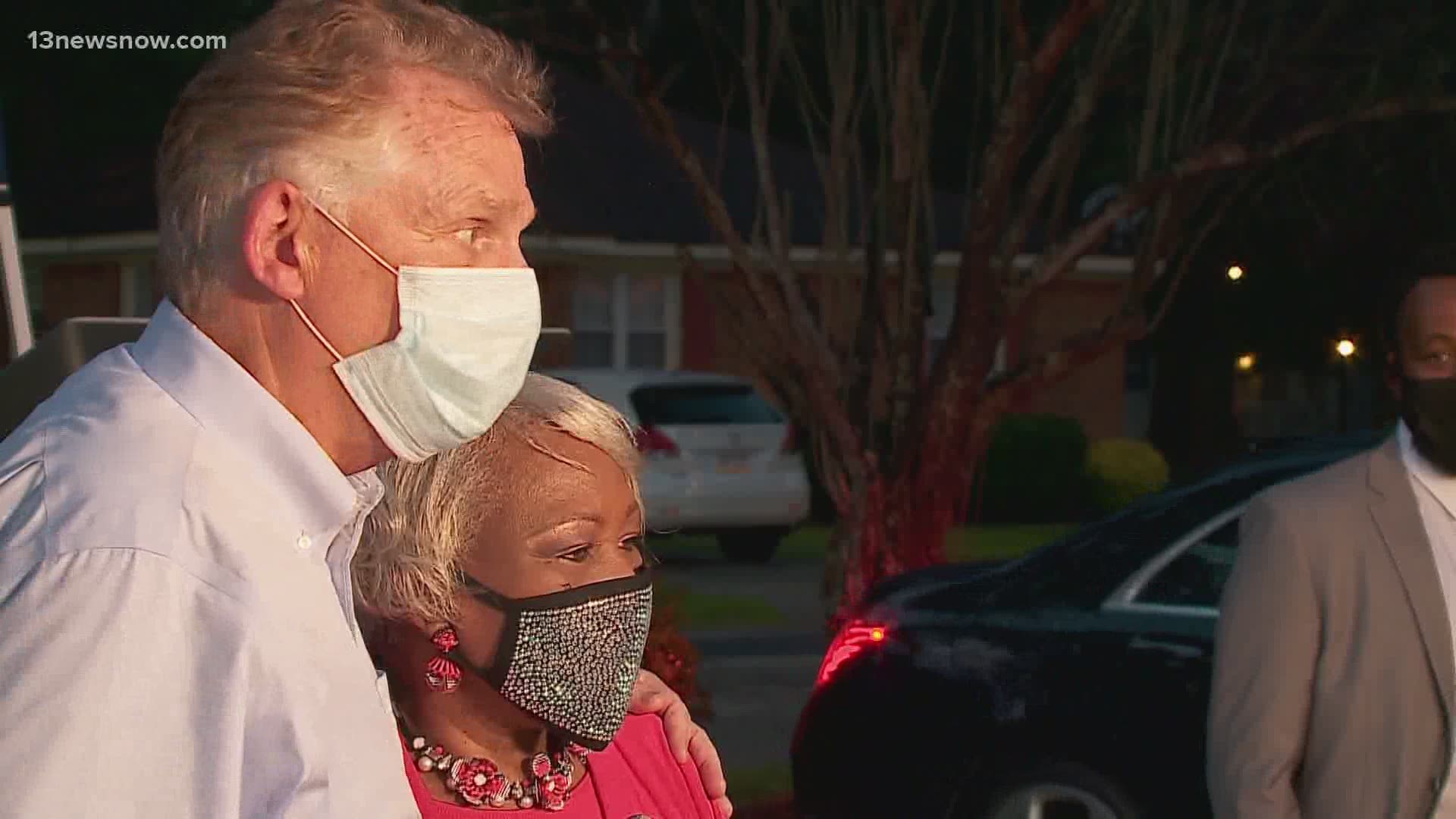 This comes after Lucas and others were charged with felonies for protests at the city's Confederate monument on June 10.

Former Governor Terry McAuliffe, Congressman Bobby Scott, and Lt. Governor Justin Fairfax were among those backing the "Portsmouth 19" on Tuesday, calling for the charges to be dropped.

"This is so conflicted, everybody was conflicted, they should drop the charges," McAuliffe said.

Attorney Micheal Massie says it is now the Portsmouth 19, as of a few days ago. #13newsnow pic.twitter.com/K8T1CtR64e

"We are going to turn them into a symbol of justice in Virginia and America," Fairfax said.

He added that the timing of the charges coming right before the General Assembly's special session is suspicious.

"Louise Lucas is a huge part of this community and we do not want to see our leaders smeared, particularly African American leaders that are smeared time and time again," Fairfax said. "That has got to stop and we are here to make sure it does."

@SenLouiseLucas and other members of the Portsmouth 19 walked up on stage with @TerryMcAuliffe #13newsnow pic.twitter.com/MCmRHIW7zV

Lucas said she just wants Portsmouth to get along.

"I'm tired of the divisiveness, I am tired of all of the hate and discontent that goes on and it is being created by just a handful of people who don't want to see progress," the state senator said.

The charges are gaining international attention which McAuliffe said was shining a bad light on Portsmouth.

"Who wants to come to Portsmouth now with this type of racial division we have today?" he asked.

Lucas' attorney Don Scott said the group will be heading to court this Friday at 8 a.m.