One of the deputies who tested positive was on administrative leave when he developed symptoms. The other worked in transportation. 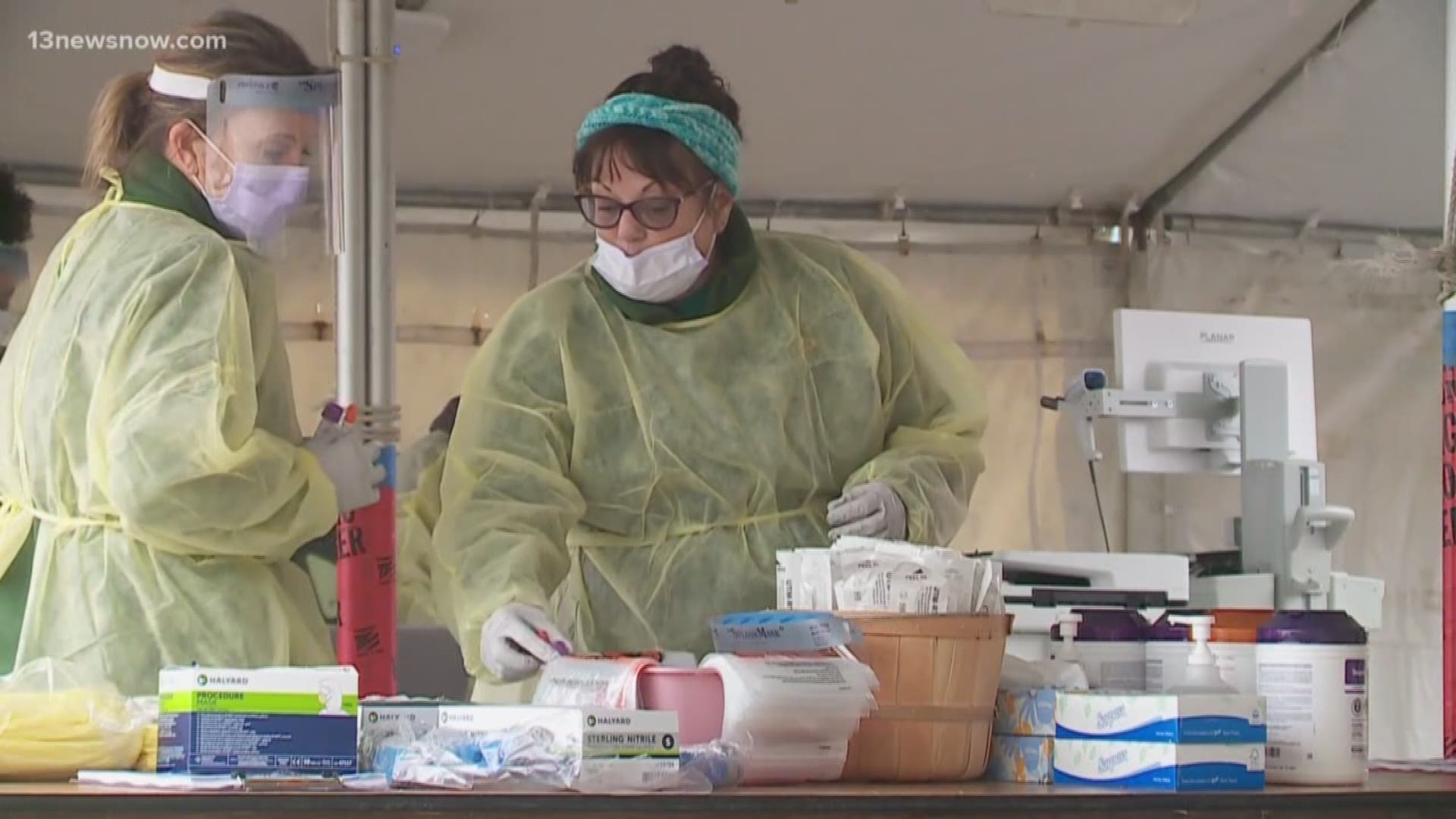 PORTSMOUTH, Va. — A spokesman for the Portsmouth Sheriff's Office said Thursday that two of its deputies tested positive for COVID-19.

Col. Marvin A. Waters, Jr. said one deputy had been on vacation. The deputy was placed on administrative leave when he returned. Waters said while the deputy was on leave, the deputy developed symptoms of the disease. The deputy was tested. The results were positive, and the deputy is being treated.

Waters emphasized that the deputy never returned to work after returning from vacation.

A second deputy received a positive test result for COVID-19 on Wednesday. That deputy was assigned to the transportation.

Waters added that a third deputy was tested for the disease. As of Thursday, the results were not back.

Waters said the courthouse would be closed until Monday, April 6.