Two workers died Saturday in a "construction-related accident" in Suffolk at the site of a new Amazon robotics center. The Conlan Company is building the center. 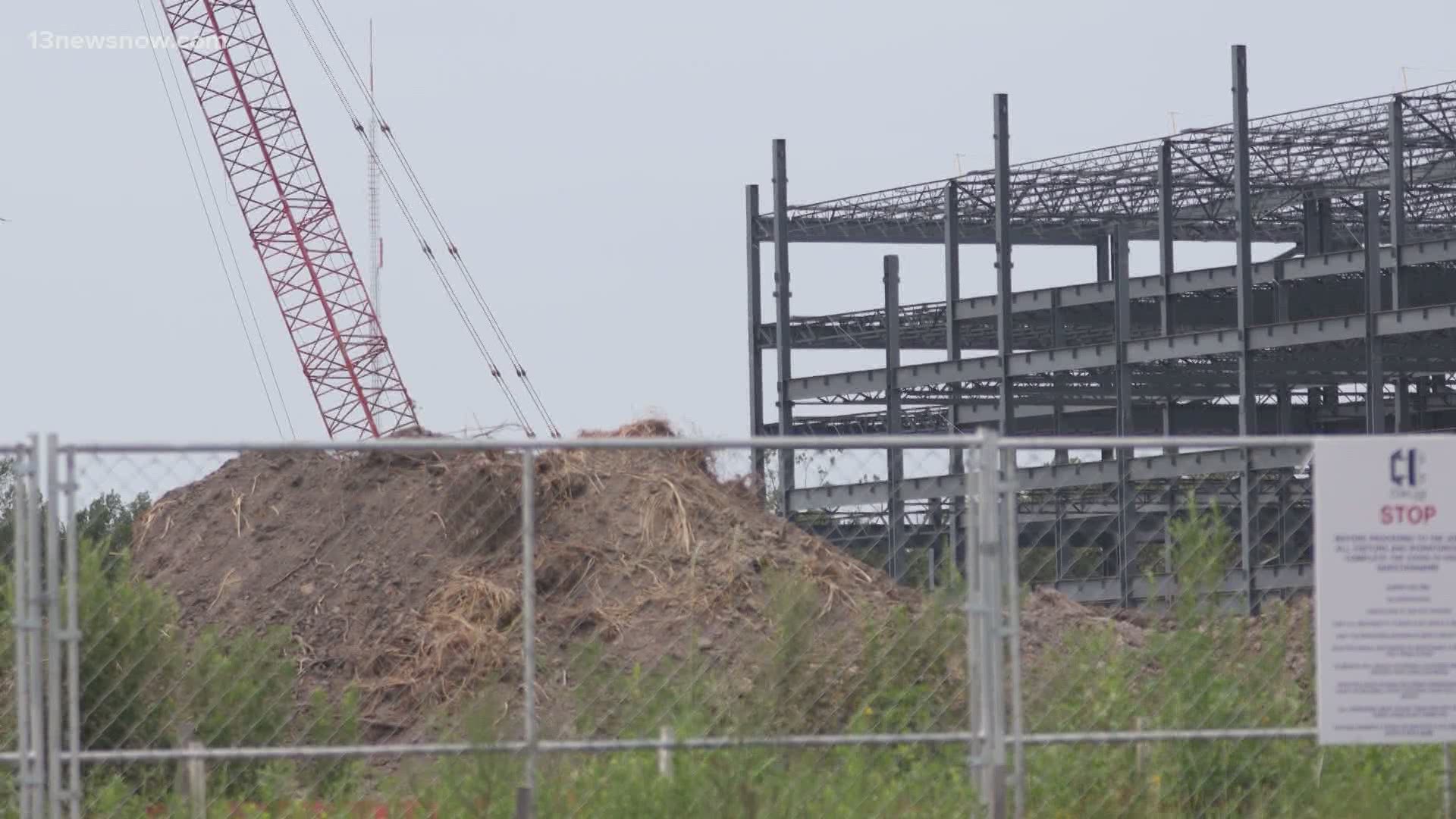 SUFFOLK, Va. — OSHA data shows the Conlan Company -- contracted to build a new Amazon robotics fulfillment center in Suffolk -- received a "serious" worker safety violation in March at the site of a similar facility in Georgia.

Two construction workers died Saturday in a "construction-related accident" at the Suffolk facility, according to Suffolk Police. The construction site is currently shut down amid investigations.

According to OSHA, the Conlan Company received a 'serious' violation at the construction site of an Amazon robotics fulfillment center in Stone Mountain, Georgia on March 13.

Specifically, the violation relates to the training of workers and Section 1926.1430(d) of OSHA regulations.

The violation was settled with a $5,205 fine. The OSHA site reports 19 inspections at Conlan Company worksites over the last five years, with two inspections resulting in violations.

The Virginia Department of Labor and Industry is currently investigating the deaths in Suffolk to see if there were any standard violations at the Suffolk facility. It has up to six months to finish its investigation.

The Suffolk center is projected to be finished by sometime next year, with about 1,000 employees expected to work there.