Suffolk Fire & Rescue said a person is in critical condition after crashing a vehicle into a medical building located in the 2700 block of Godwin Blvd. 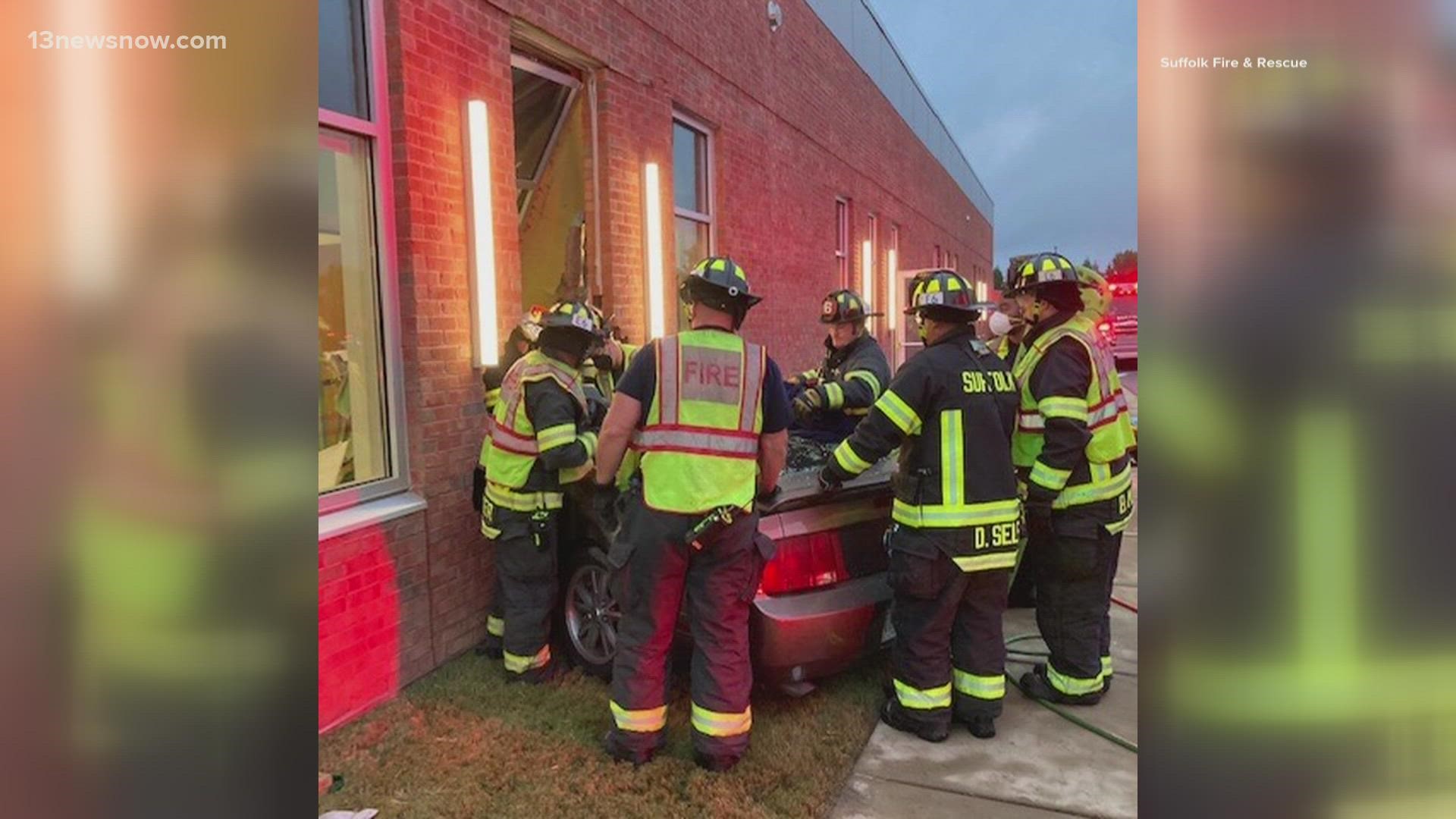 Emergency crews are investigating after a person crashed a vehicle into a building in Suffolk Monday morning. The driver of the car was seriously injured.

Suffolk Fire & Rescue and Suffolk Police received a call Oct. 11 just before 7 a.m. about a vehicle that drove into a medical building in the 2700 block of Godwin Blvd.

When emergency crews arrived at the scene they found the driver pinned inside the crashed vehicle. It was lodged into the building.

Chief Michael Barakey said the driver was pulled out of the car at 7:17 a.m. and is in critical condition. That person was taken to a trauma center.

Police said although there were people in the building when the crash happened, no one inside was hurt.

They said the building was moderately damaged and crews were able to secure the power in that area.

The crash remains under investigation at this time. Crews are working on the scene to evaluate the building's structural integrity.