Floppy hat, sunglasses, and a face covered in makeup. That's what an accused robber wore in Suffolk.

Suffolk police said someone walked into an ABNB Federal Credit Union with his face covered in white makeup or something like it, then robbed it. 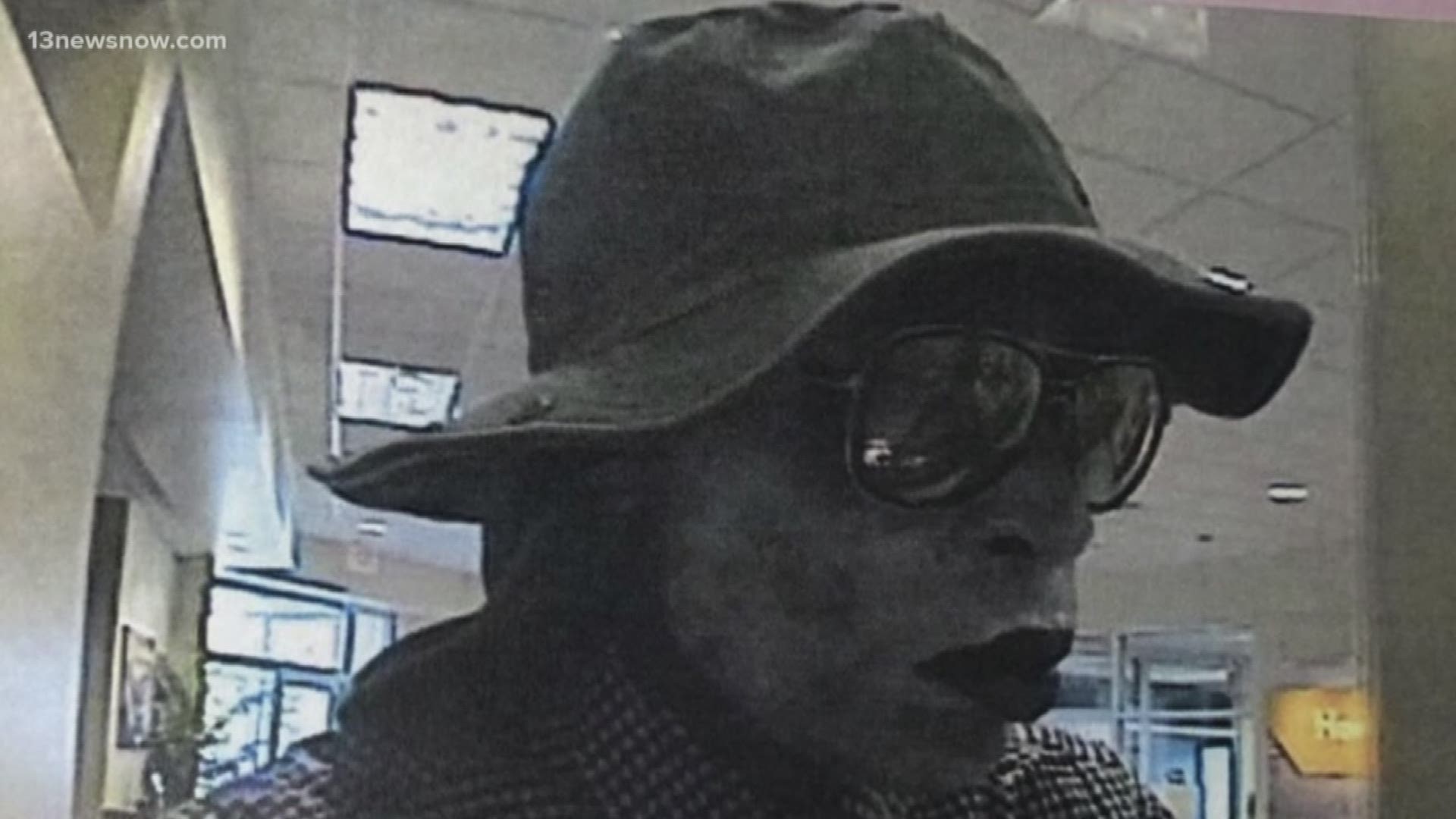 SUFFOLK, Va. — The surveillance image definitely stands out, and Suffolk police hoped it would  lead them to the makeup-wearing person accused of robbing a credit union Thursday morning.

The robbery took place around 9:35 a.m. at the ABNB Federal Credit Union located in the 5900 block of Harbour View Boulevard.

Officers said someone walked into the building with white makeup or some other substance covering his face. He gave a note to a teller, demanded money, got some, then left.

Besides the makeup, he wore a checkered shirt, floppy hat, and sunglasses.

Police asked anyone who recognized him or knew anything about the robbery to call police directly or to call Crime Line. The number for Crime Line is 1-888-LOCK-U-UP.