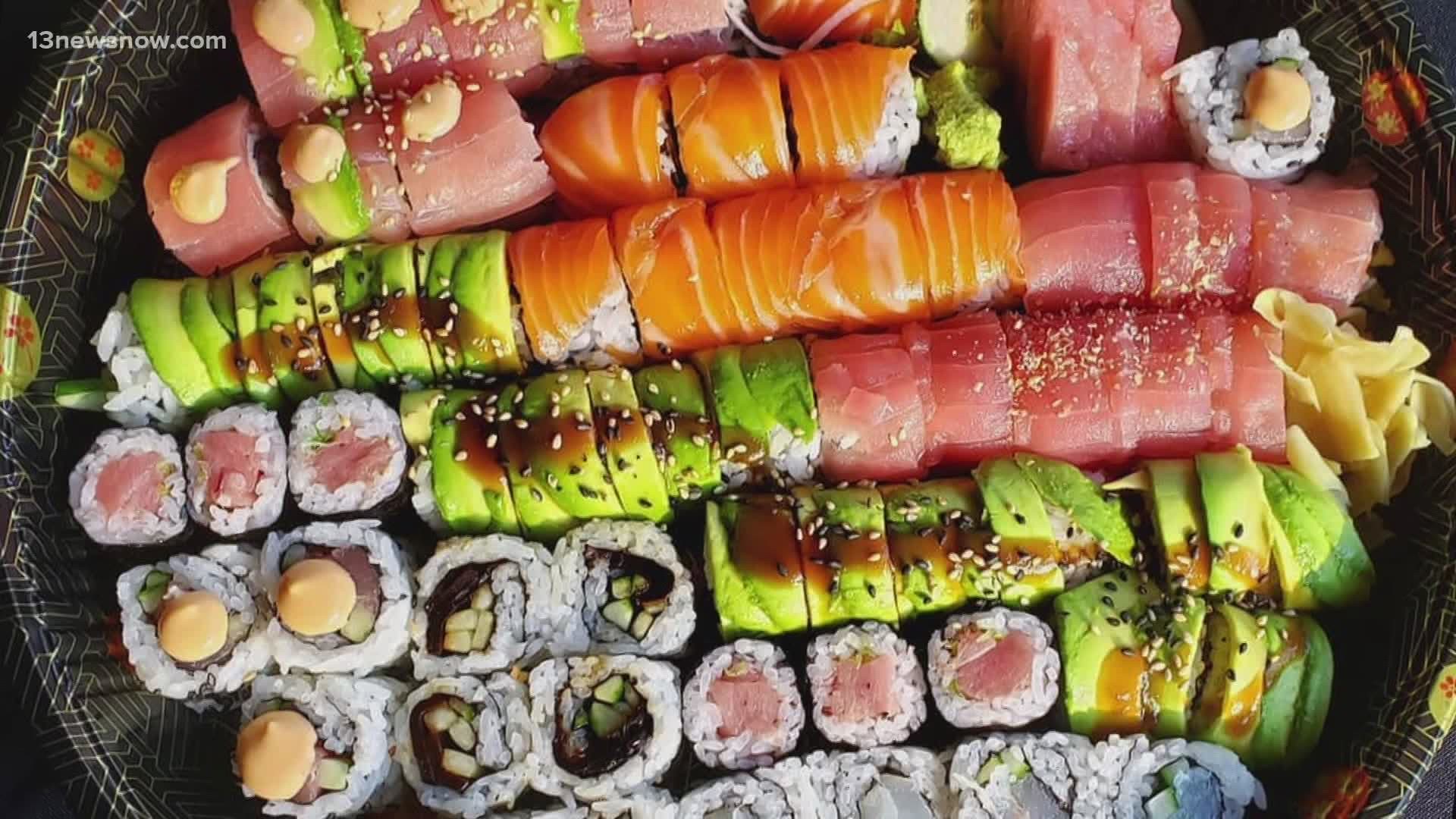 Masaharu Morimoto is a world-renowned chef. He's best known for being an iron chef on Japanese television. Hart decided to close Sushi AKA and move to Philadelphia. He told 13News Now it was a hard decision.

Fast forward four years to 2017, Hart moved back to Suffolk. He says it didn't take long for him to find a new place and reopen Sushi AKA. Now, with his technique and training in Philadelphia, the new and improved Sushi AKA raises the bar.

"What separates us from others is our focus on exotic and fresh fish; we have the bluefin tuna belly on the menu at all times," said Hart.

The fish is always fresh, and they even have fresh wasabi for a little extra cash. "We try to differentiate ourselves from kind of the standard sushi menu," added Hart.

You can see some parts of their menu here. Hart says he uses authentic Japanese ingredients and techniques separating him from most sushi spots.

"We do a Japanese pickle of a variety of mix of cucumbers, our pickled red onions for some reason people love them; we do a salmon dish with some pickled mushrooms," added Hart.

Though the pandemic took a toll on his business, Hart says he had an important goal, "Everybody was going to keep their job, and everybody did keep their job," he said.

Hart says a big part of keeping his staff in a job and his business up and running is the people of Suffolk. "Fiercely loyal, they are fiercely loyal," said Hart.

He went on to say that some Suffolk residents even claim that his sushi is the best in the country. "There's a little bit of hometown bias in that, I'm sure, but I think we really are; we are on that level," added Hart.

Part of the reason the business thrives is Hart's desire to be involved in everything as the owner. He says it's all about his mentality, "More of a passion, more of a fire to be creative, and you actually care, and I think people appreciate that," said Hart.

For Hart, he said that the passion behind the business is something he cherishes.

"There's nothing else I want to do. I love doing this," he added.

Sushi AKA is open Tuesday through Saturday. You can find them at 116 W Washington St, Suffolk, VA 23434.