The driver--identified as 28-year-old Dayquan Eley of Portsmouth--was the only person in the SUV. He died at the scene. 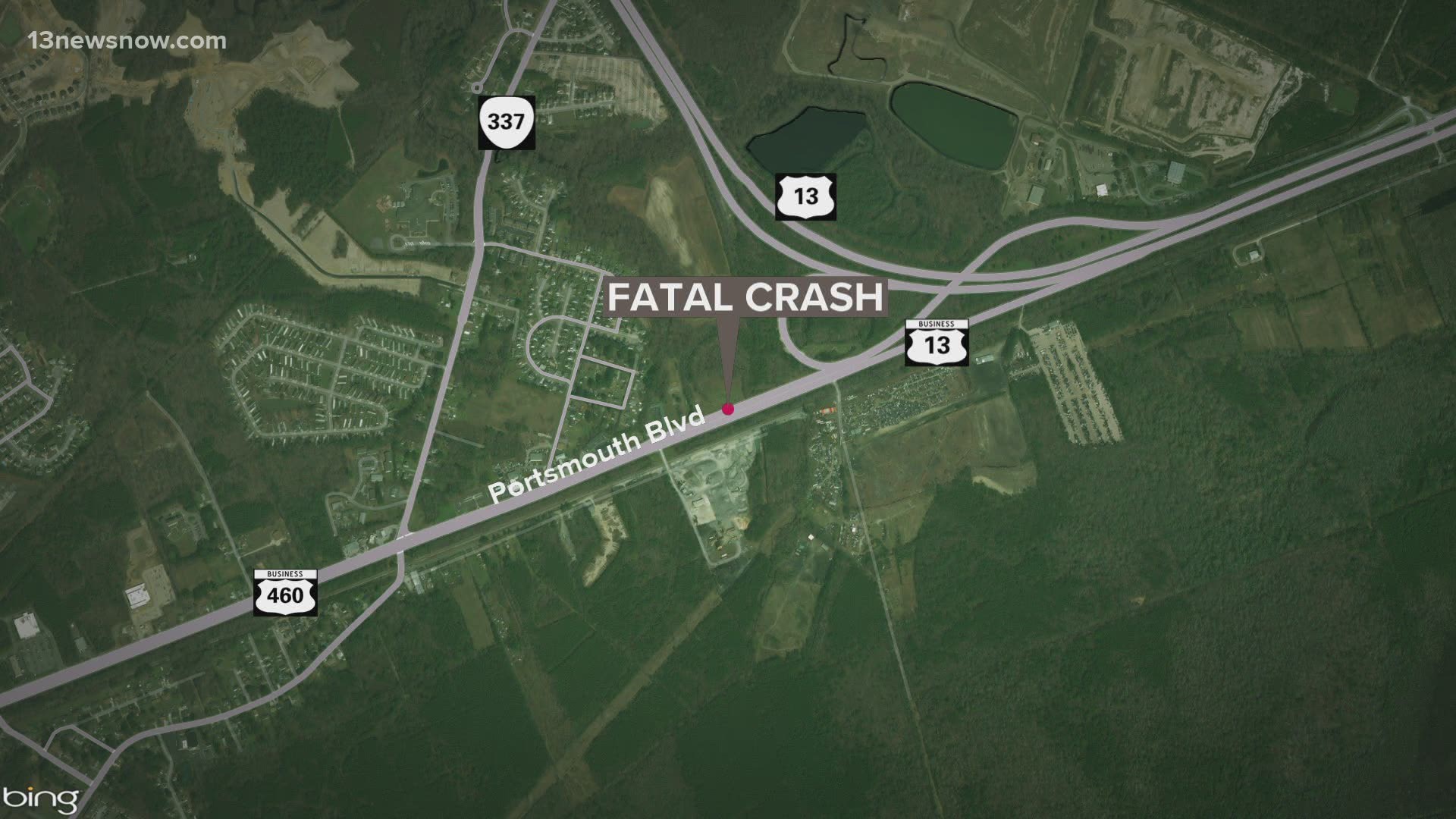 SUFFOLK, Va. — A man is dead after his SUV ran off the road and hit a guardrail late Monday night.

Suffolk Police and Suffolk Fire & Rescue units responded sometime after 11 p.m. to the scene of a single-vehicle accident in the 1600 block of Portsmouth Boulevard/Route 58.

Police said the SUV was traveling eastbound went it went off the road and hit a guardrail. The SUV landed partially submerged in a ditch.

The driver--identified as 28-year-old Dayquan Eley of Portsmouth--was the only person in the SUV. Eley was pronounced dead at the scene.

Two lanes of travel were closed for approximately 4 hours following the accident.

Suffolk Police continue their investigation into the cause of the accident.