Officers said Linda Ward, 73, is new to the area and hadn't been seen since Tuesday afternoon. 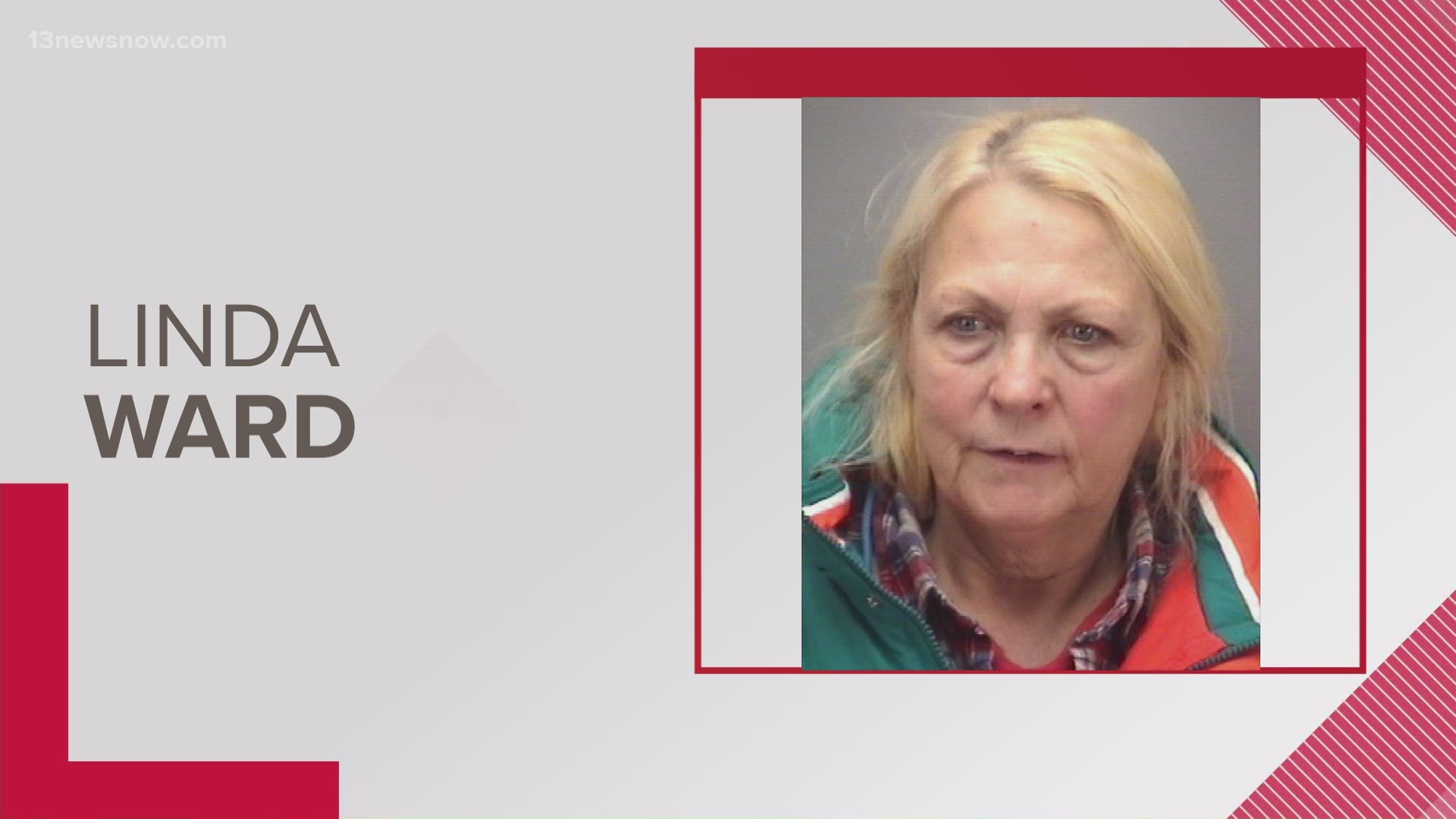 Police said Wednesday that woman who was new to Suffolk was missing and endangered.

Linda Yvonne Ward, 73, last was seen talking to a man at the corner of Central Avenue and Holladay Street in the downtown area around 5:30 p.m. on Tuesday, April 6.

Officers said they considered Ward endangered because of her age and because she wasn't familiar with her surroundings.

Ward is approximately 5/'6" tall and weighs about 140 pounds. She has a slim build, long gray hair, and blue eyes. The last time someone saw her, she was wearing black stretch pants, white Puma shoes, and a white fleece jacket.

Police released a photo of Ward, but noted that the picture was several years old.

Anyone who saw Ward, sees her, or knows where she is can call the Suffolk Police Department at (757) 923-2350. Choose Option 8 when prompted to make a selection.