Suffolk investigators say a driver crashed into the back of the Tobacco and Vape Shop, breaking the gas meter base and cutting off the store's electricity. 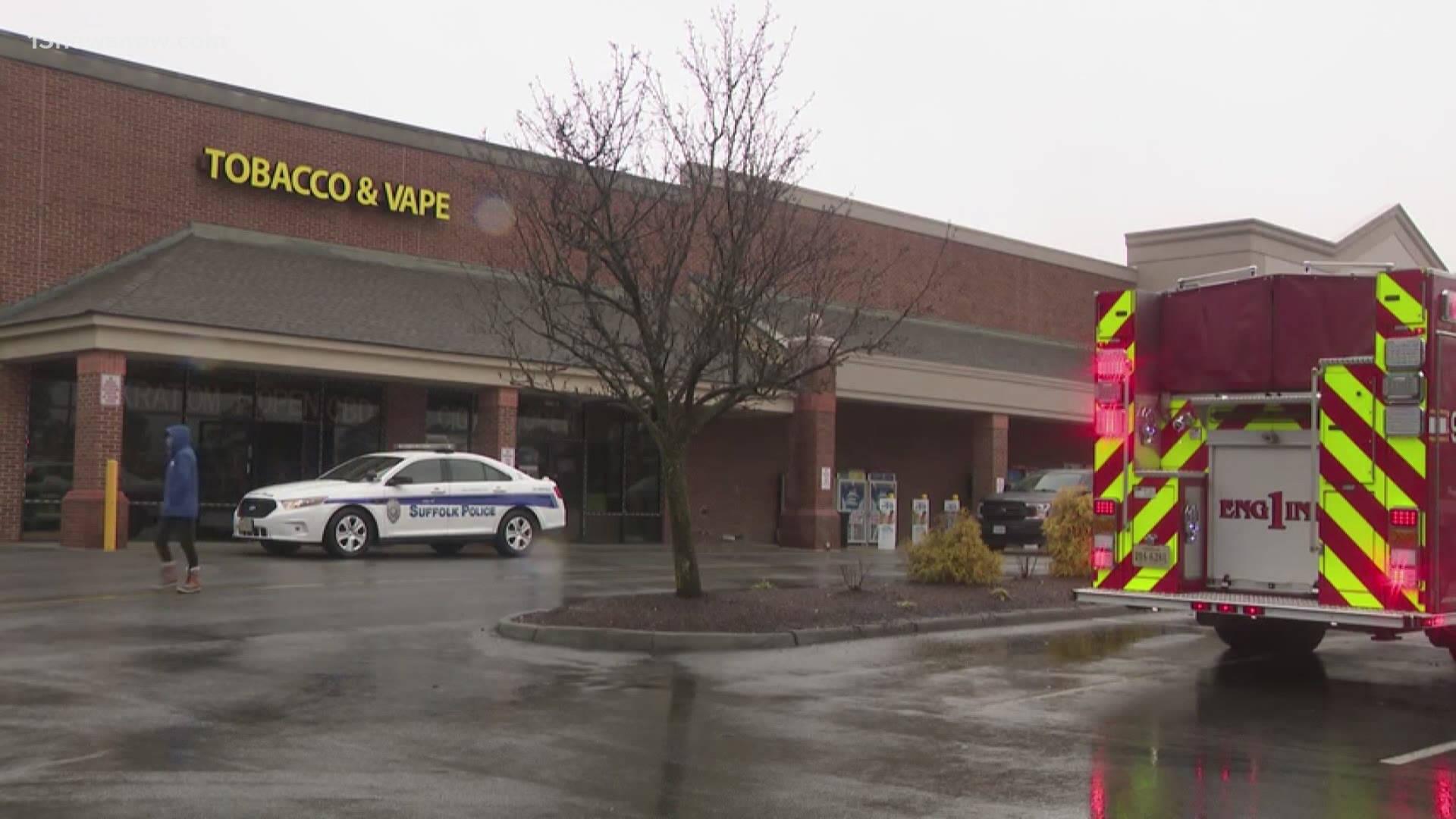 SUFFOLK, Va. — Fire crews evacuated all the buildings in the Oak Ridge Shopping Center Thursday morning after a car crashed into the building around 1 a.m., and then drove off.

"We pulled up and were just shocked," said Willard Baker, who came to get groceries the Food Lion next to the Tobacco and Vape Shop.

RELATED: Vehicle crashes into gas meter base outside shopping center in Suffolk

The manager of the shop, Walid Arfaoui, said he received several calls throughout the night about what happened at his business. He said he learned the driver sped off early in the morning, but was just relieved none of the employees were inside at the time.

"Nobody got hurt. Hopefully the guy that hit the building is okay," said Arfaoui.

Investigators told him the store would have to be closed for the next three to four months while repairs were made.

Surrounding shops like the Food Lion had to be closed down for most of the day.

Suffolk Fire & Rescue said no one was hurt and the rest of the businesses were not impacted.