Suffolk transforms into a winter wonderland

"We broke out all our shovels and our ice melt, ready to go." 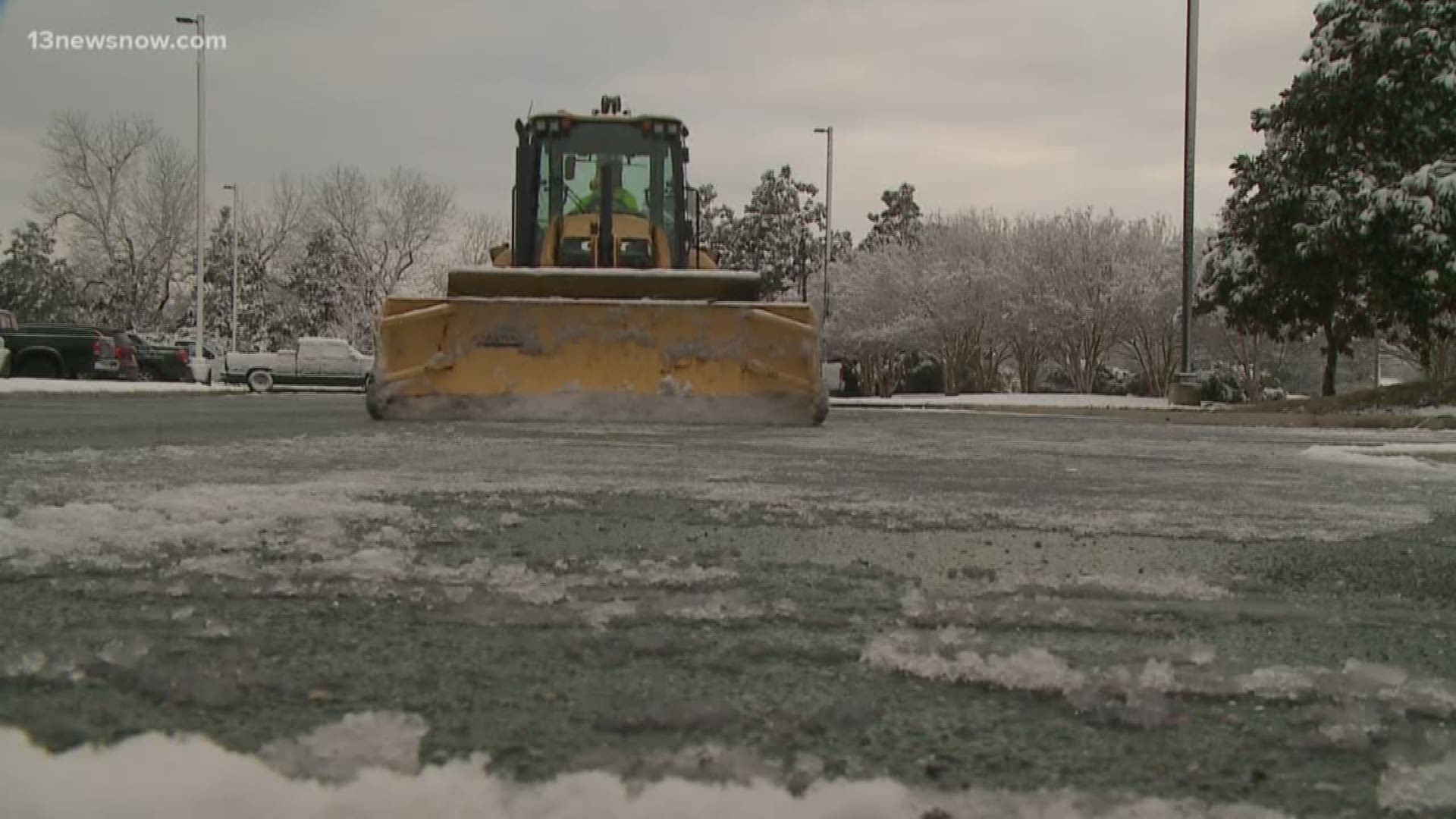 Snowflakes came and went in Suffolk on Friday, but not without some help.

Suffolk Public Works and contracted crews, like Blair Brothers, pulled an all-nighter to scrap away slush and ice.

"When you are in a piece of equipment it is always a blast to get out here and just push it all around," said Blair Brothers Pipe Foreman Ryan Haton.

Haton says they jumped at the chance to put the snow removal equipment to work.

"It's been two years since we used it," Haton said. "Pulled it out, got it out here real quick and we kept it clear all night."

RELATED: So how much snow did Hampton Roads, North Carolina get? NWS released preliminary totals

"Snow removal tractors and front loaders are here," Chiles said. "We broke out all our shovels and our ice melt, ready to go."

Suffolk's Public Work Crews had the same plan in mind. The city said they applied approximately 12,600 gallons of brining pre-treatment on primary roadways and a large number of secondary roadways.

They even removed several downed trees before the morning commute on Friday.

Suffolk's snowfall totals ranged from a dusting to seven inches. But, that was nothing to Chiles, an Idaho native.

"I like snow," Chiles said. "This isn't snow to me. We had this for Halloween where I grew up."

RELATED: VDOT crews have been working through the night to keep the roads clear