The fire was on Bay Circle in the Holly Acres neighborhood in the northern part of the city. 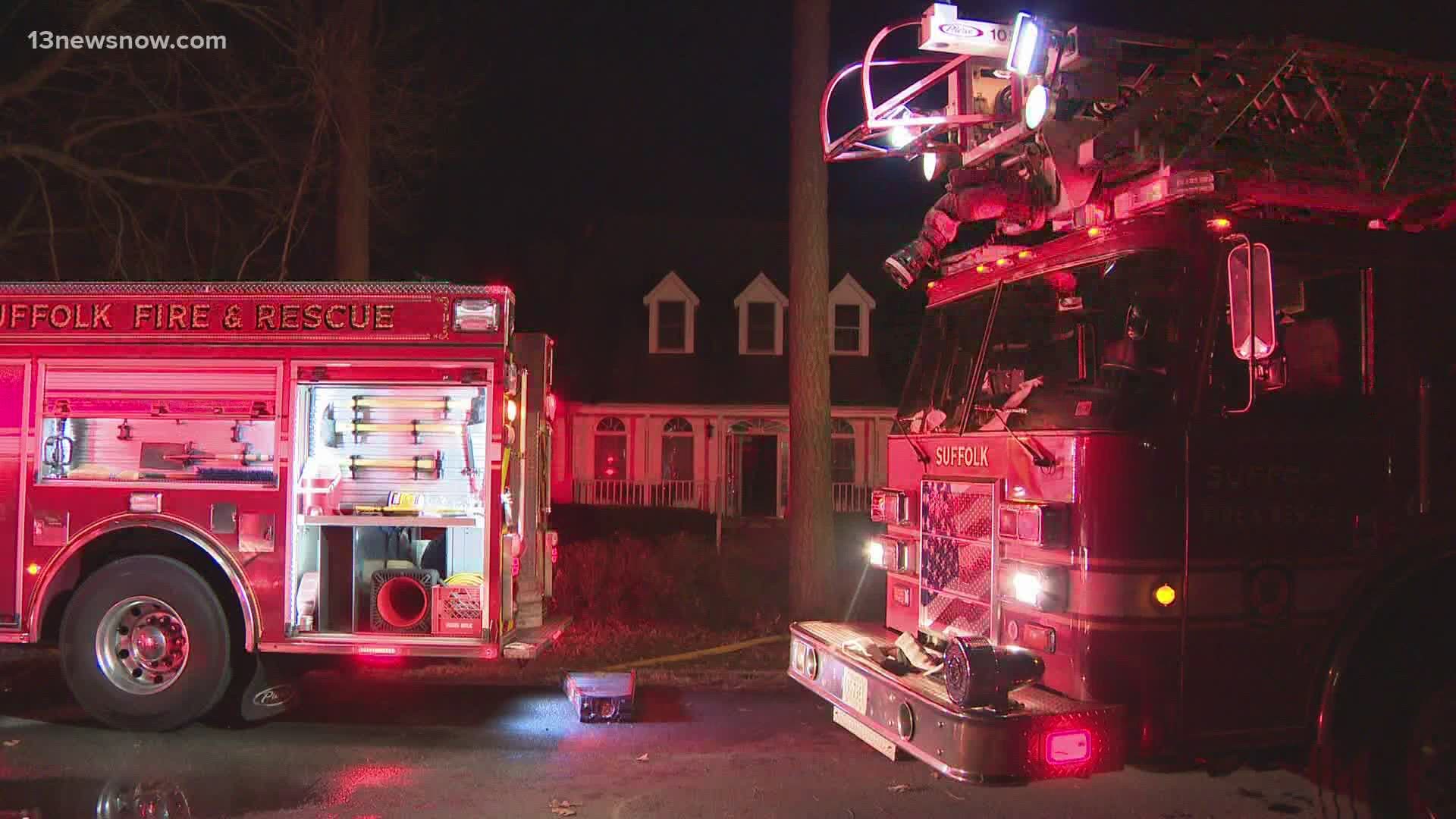 SUFFOLK, Va. — A family cat is still missing after a house fire broke out early Sunday morning and officials believe it was related to a chimney fire.

The fire started around 1 a.m. at a home in the 5000 block of Bay Circle in Holly Acres, which is in the northern part of Suffolk.

Smoke and flames were coming from the two-story house when crews got there. The people who live inside already were out of the home. A smoke detector went off and let them know about the fire.

A woman who was inside the home was hurt. She has since been released from the hospital after being taken there and treated by medics.

Three firefighters were injured when a wall collapsed. They also have been released from the hospital following their treatment by medics. They and the woman who was inside the home should be all right.

Initially, firefighters couldn't locate the family's pets. They ended up finding four out of the five pets, and are still searching for a missing cat.

Two people were displaced as a result of the fire. The Suffolk Fire Marshal’s Office is investigating the cause of the fire.

Credit: City of Suffolk
Crews fight a fire on Bay Circle in the the Holly Acres neighborhood of Suffolk, Va. on Jan. 24, 2021.