Three pigs got loose, and police officers worked to corral them while the scene was being cleared. 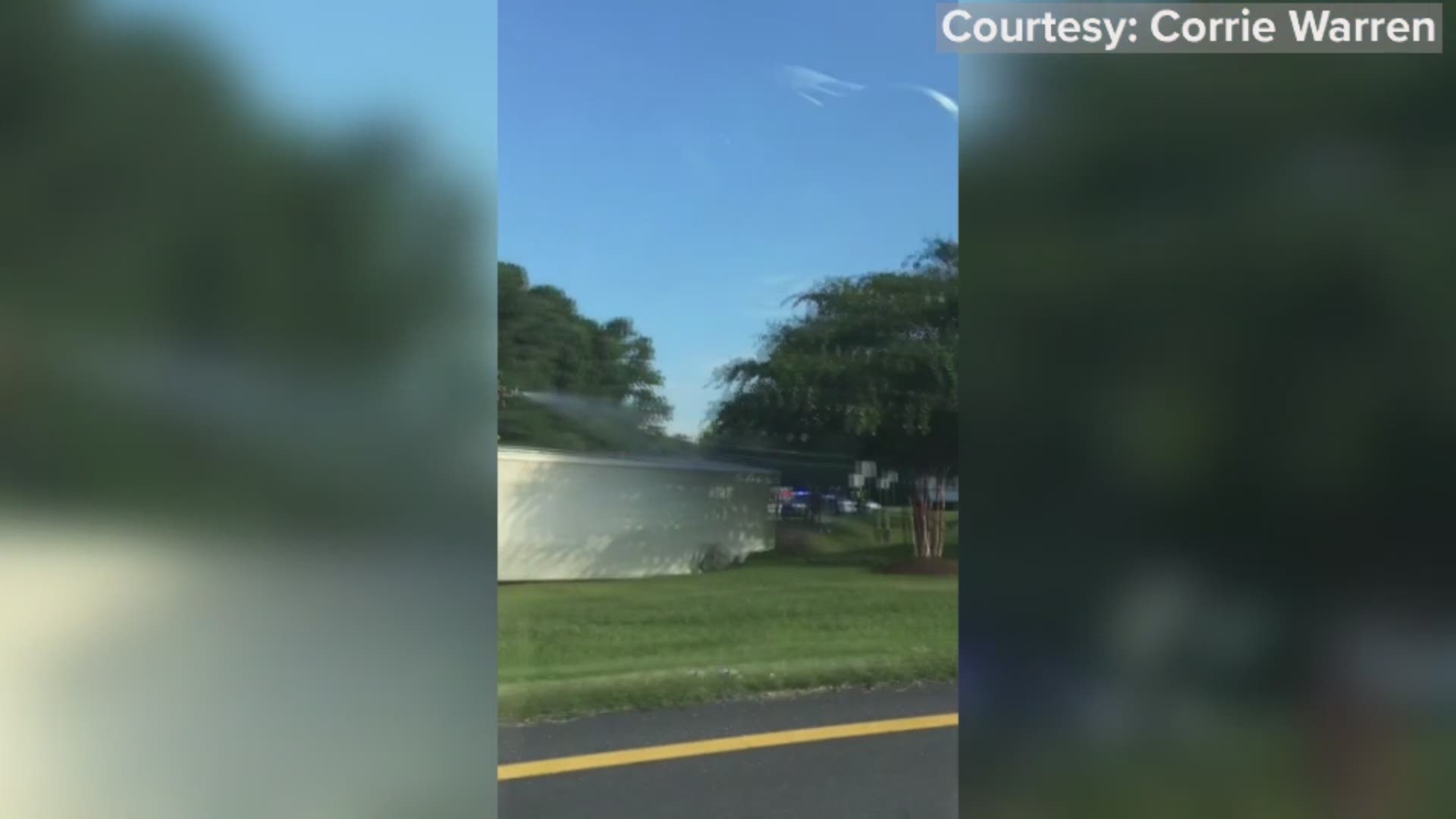 SUFFOLK, Va. — Suffolk Police and Suffolk Fire & Rescue were on the scene of an overturned tractor-trailer on Friday.

Emergency Communications received the 911 call around 7:26 a.m. about the accident at Route 58 and Godwin Boulevard eastbound on-ramp.

The truck was hauling 184 hogs. Three were able to get loose after the accident, and officers needed to corral them.

Suffolk Fire & Rescue crews have been cooling the animals with hoses while operations continue.  Smithfield Foods has brought in an Emergency Response Team to assist offloading the animals onto another truck.

Police said it's unknown at this time as to the number of deceased or injured animals.

Suffolk Animal Control is also on scene, as well as crews from Suffolk Public Works.  The Route 58 eastbound on-ramp to Godwin Boulevard is expected to reopen around 5:30 p.m.

The cause of the accident remains under investigation.