Police said the entrance and exit to the southwest Suffolk Bypass toward Route 58 West was closed due to an overturned tractor-trailer. 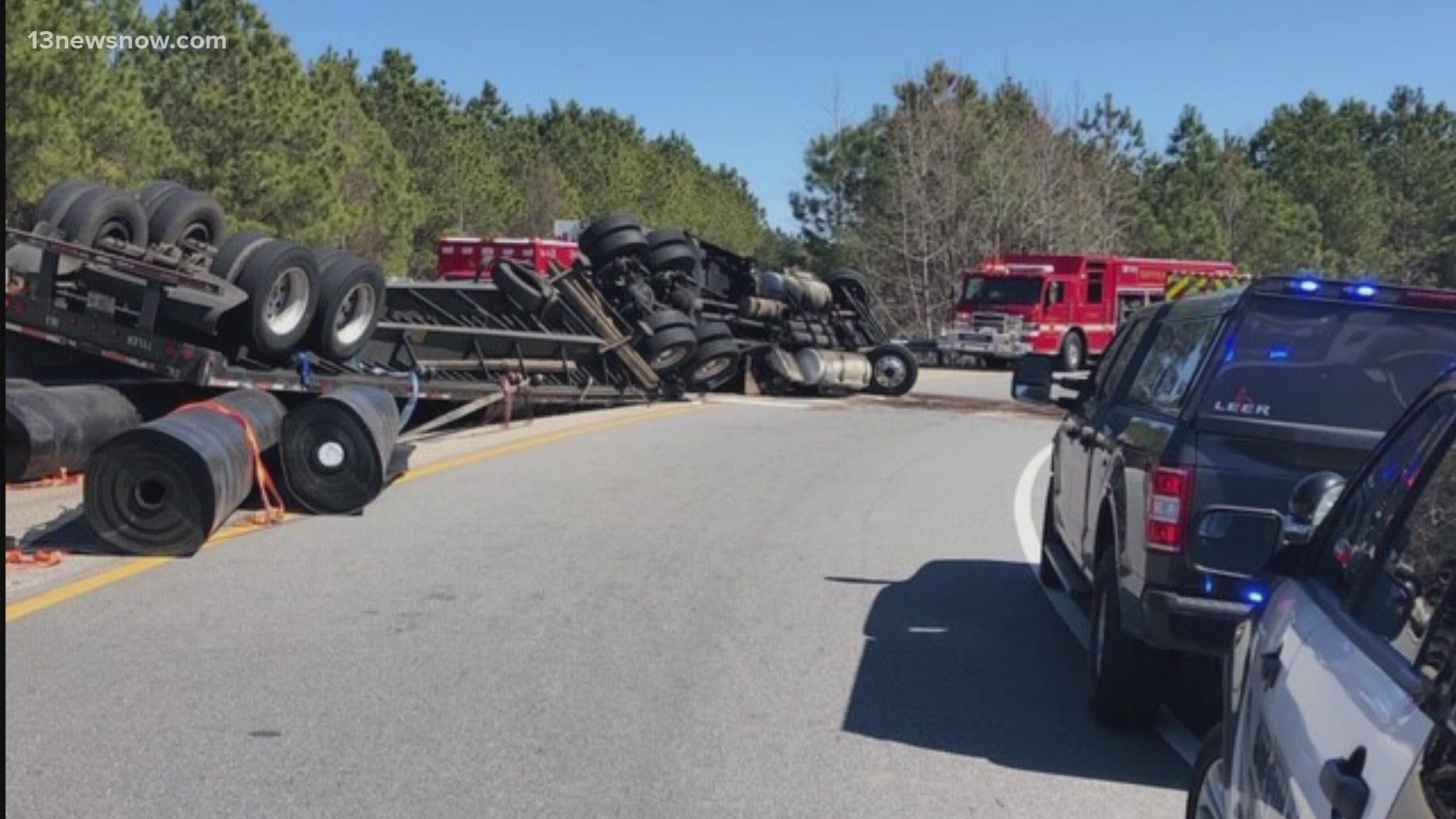 SUFFOLK, Va. — The entrance and exit to the southwest Suffolk Bypass to 58 West has reopened after it closed when a tractor-trailer, SUV and a passenger vehicle crashed Monday afternoon.

Units from Suffolk Police and Suffolk Fire & Rescue were called Monday around 11:50 a.m. to help with a crash involving a fully-loaded tractor-trailer.

The trailer was overturned on its roof.

Officers said the tractor-trailer was loaded with huge rolls of rubberized, non-hazardous materials. When the crash occurred, those rolls hit and damaged the SUV and passenger vehicle that were involved.

Crews gave immediate medical attention to the people involved in the crash. There were two adults and a child that were injured, but they were all expected to be okay.

The driver of the truck was checked for possible injuries.

Officials closed part of the roadway where the crash occurred for several hours until all of the debris was removed. The truck was turned right-side-up and the two other vehicles were removed.

Route 58 East and West were both open at that time with no barrier.

The cause of the crash is under investigation at this time. 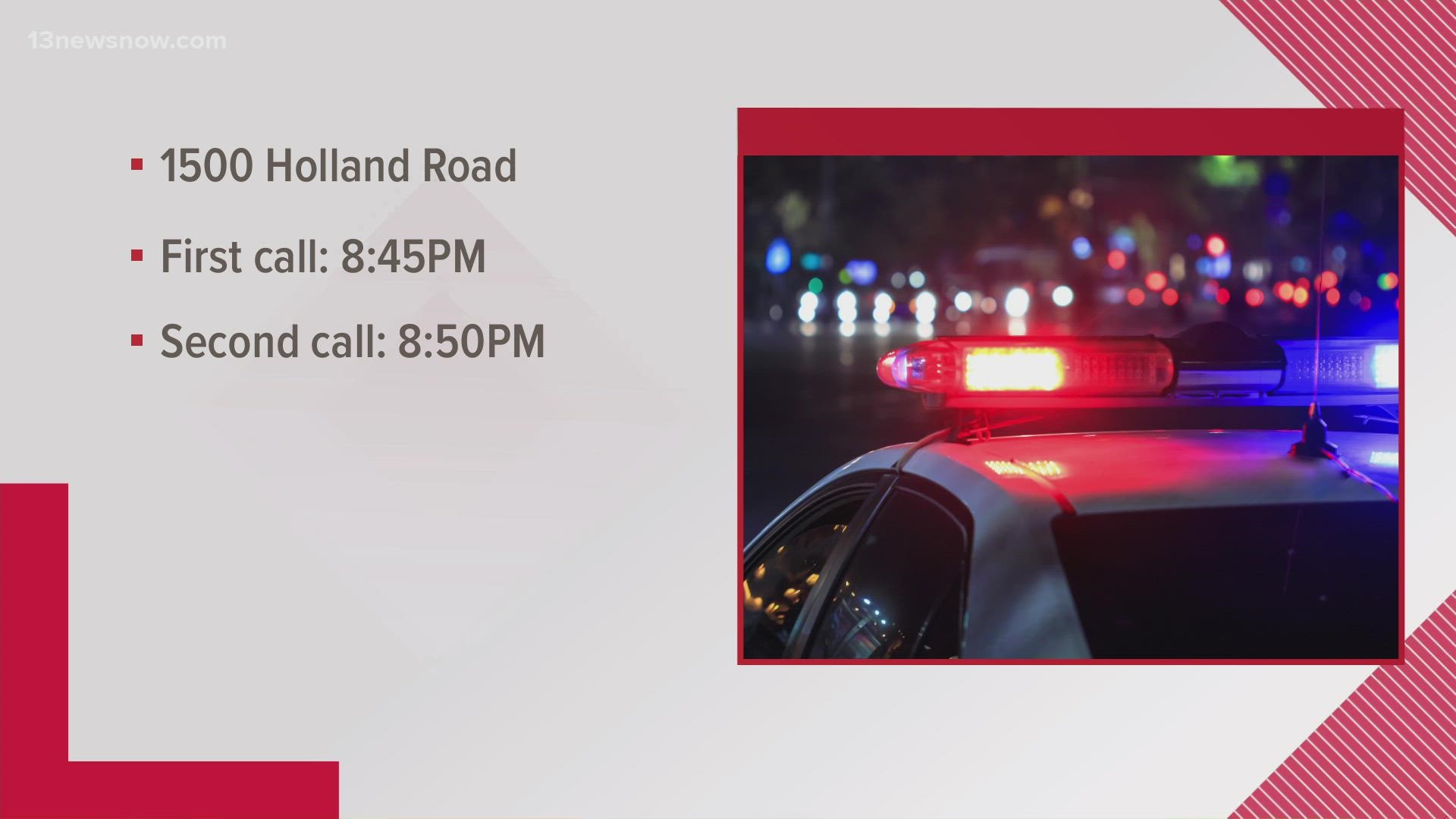