Suffolk police said a manager at the store and another woman were arrested for the reported armed robbery. Now another woman is wanted in connection to the case. 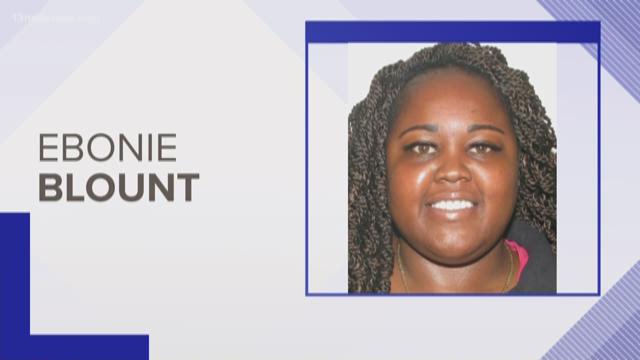 Latrivia Yvette Holmes, 38, from Portsmouth is a manager at the McDonald's in the 6200 block of College Drive on Suffolk were the robbery was reported.

Credit: Suffolk Police Department
Latrivia Yvette Holmes, 38, was arrested and charged for a reported robbery at the McDonald's in Suffolk where she worked.

Holmes was arrested Friday and charged with Robbery of a Business, two counts of Embezzlement, Conspiracy to Commit a Felony, False Statement During an Investigation and False Police Report. 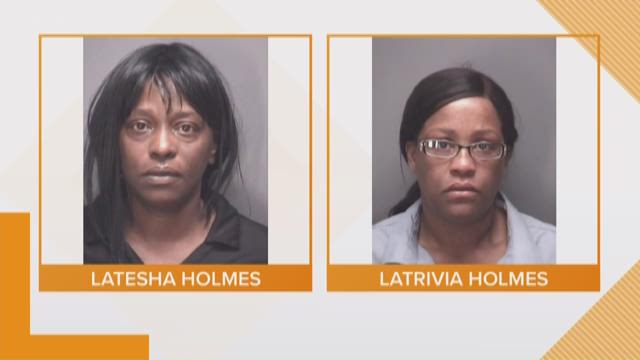 Latesha Monique Holmes, 40, from Chesapeake was also arrested Friday in connection with the robbery. She was charged with two counts of Robbery of a Business and two counts of Grand Larceny.

Credit: Suffolk Police Department
Latesha Monique Holmes, 40, was arrested and charged in connection of a reported armed robbery of a McDonald's in Suffolk.

Suffolk police identified another woman Tuesday wanted in connection to the robbery.

Credit: Suffolk Police Department
Eboni, Blount, 33, is wanted in connection with the robbery of a Suffolk McDonald's.

On Friday, August 9 at 4:33 a.m., it was reported to police that a black man standing about 6'2" and wearing all black clothing with a knife forced his way into the McDonald's and demanded money.

Police said the two women do know each other and conspired to rob the store.

The women are being held at Western Tidewater Regional Jail without bond.