IN SESSION: Suffolk program brings dads into the classroom

Kevin Schweiss saw a need for more father figures at the school and he found a solution in the highly-popular 'Watch D.O.G.S.' program. 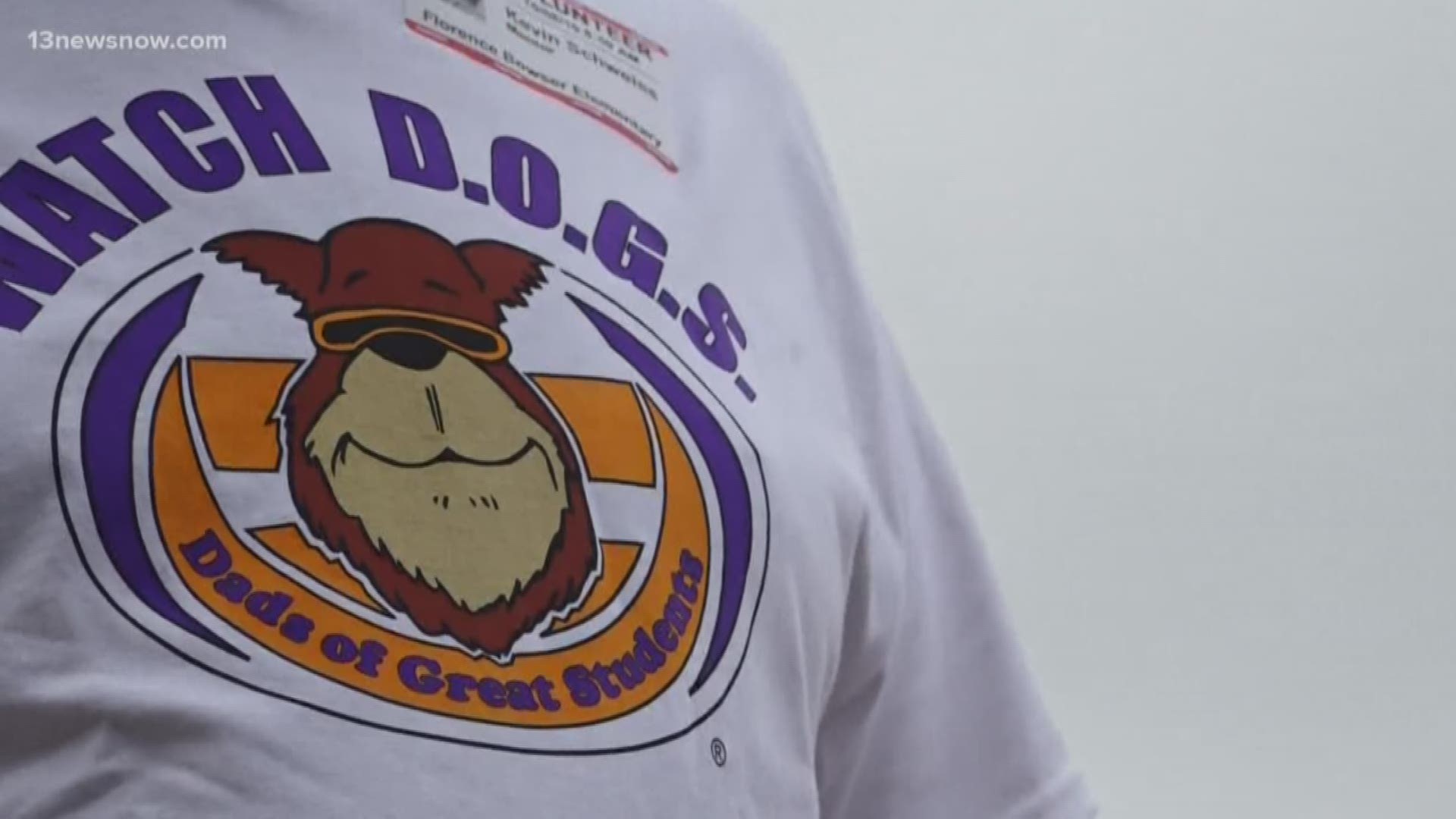 SUFFOLK, Va. — More dads are becoming involved in their children’s education thanks to one new program.

Kevin Schweiss is a father of two students at Florence Bowser Elementary School in Suffolk. He saw a need for more father figures at the school and he found a solution in the highly-popular Watch D.O.G.S. program.

“D.O.G.S. stands for ‘Dads of Great Students,'" Schweiss said. "Watch D.O.G.S. is a program for dads to be involved in our public schools so there’s a positive male role model, a presence in our schools.”

In Suffolk, nine out of 10 employees in the elementary schools are female. Schweiss saw a chance to help fill that void and his fellow fathers answered the call.

“I come to Florence Bowser and we started the program here and my first pizza kick-off we had 130 dads show up... and I was a little taken aback by that because I was expecting 10. Got 130!" Schweiss said.

The response was so overwhelming, that there are now enough dads volunteering to have a different Watch D.O.G. just about every day this school year.

Dads take a break from their day jobs to spend the whole day at their kid’s school, tutoring and helping as needed. The dads even eat lunch at their child's table in the lunchroom.

As Schweiss found, the program benefits more than just the kids.

“It’s probably one of the most satisfying things I’ve ever done," he said.

Schweiss says his goal is to get the Watch D.O.G. program in every Suffolk school. He thinks it could be especially effective in middle schools.