The tractor-trailer fire happened near the Suffolk city line on Portsmouth Boulevard. No one was injured from the incident. 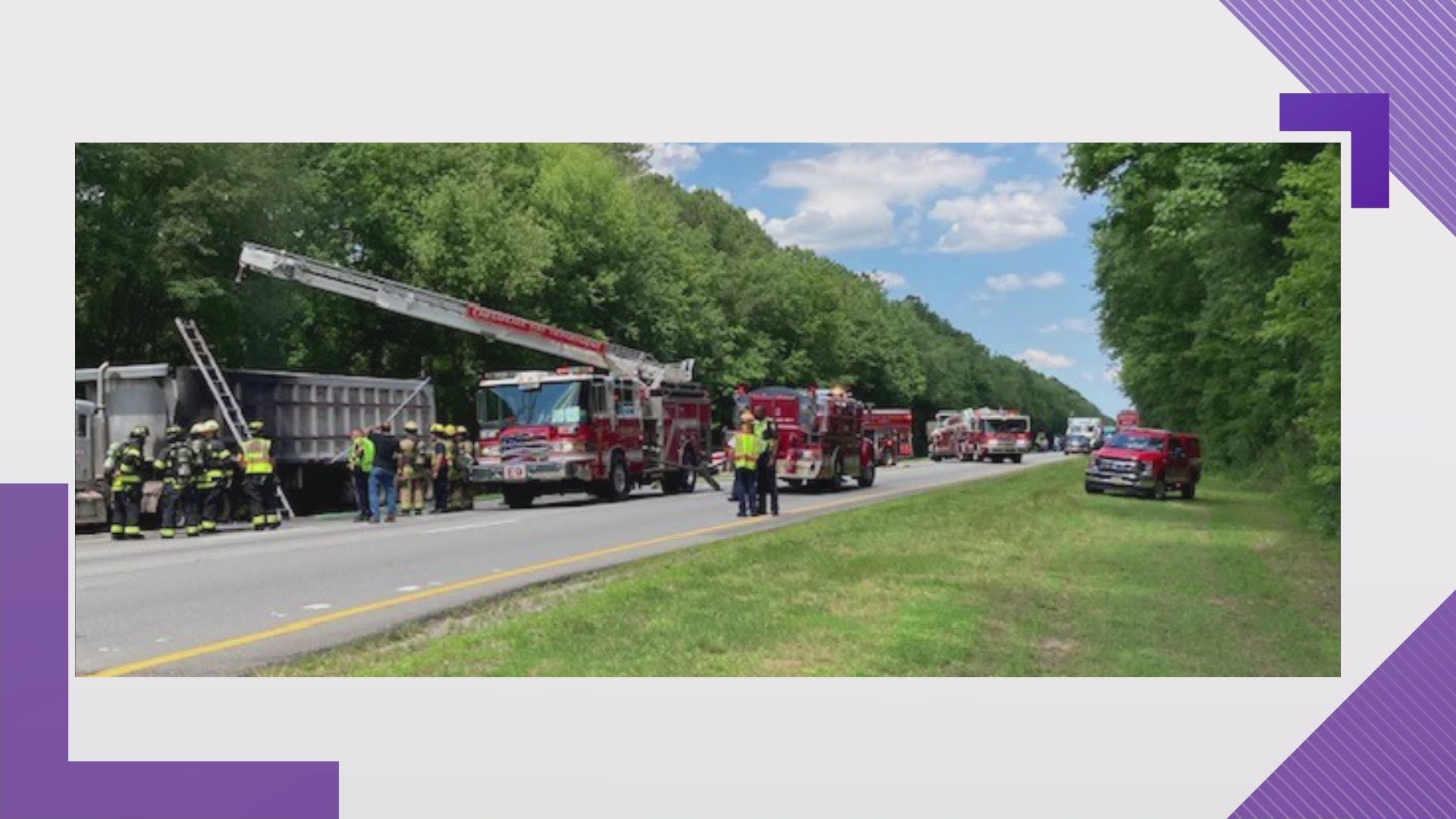 SUFFOLK, Va. — A tractor-trailer caught on fire Wednesday afternoon, and some drivers traveling on Portsmouth Boulevard were stuck in traffic for a while.

Suffolk Police said a call came in on June 16 just after 2:30 p.m. about a tractor-trailer fire that occurred on Portsmouth Boulevard (Route 58). This was near the city line.

Nobody was hurt in the tractor-trailer fire.

According to officers helping with traffic, two westbound lanes of Highway 58 have since reopened.

The third westbound lane is set to reopen as soon as all the debris from the vehicle has been taken off the road. Detours were placed to guide drivers around the accident.

Suffolk Fire and Rescue's Battalion Chief James Broglin said that the tractor-trailer will be taken to the SPSA Landfill to look into what caused the fire.