The school district has gone back and taken offline or replaced the failing drinking water sources and following re-tests, all now have acceptable levels. 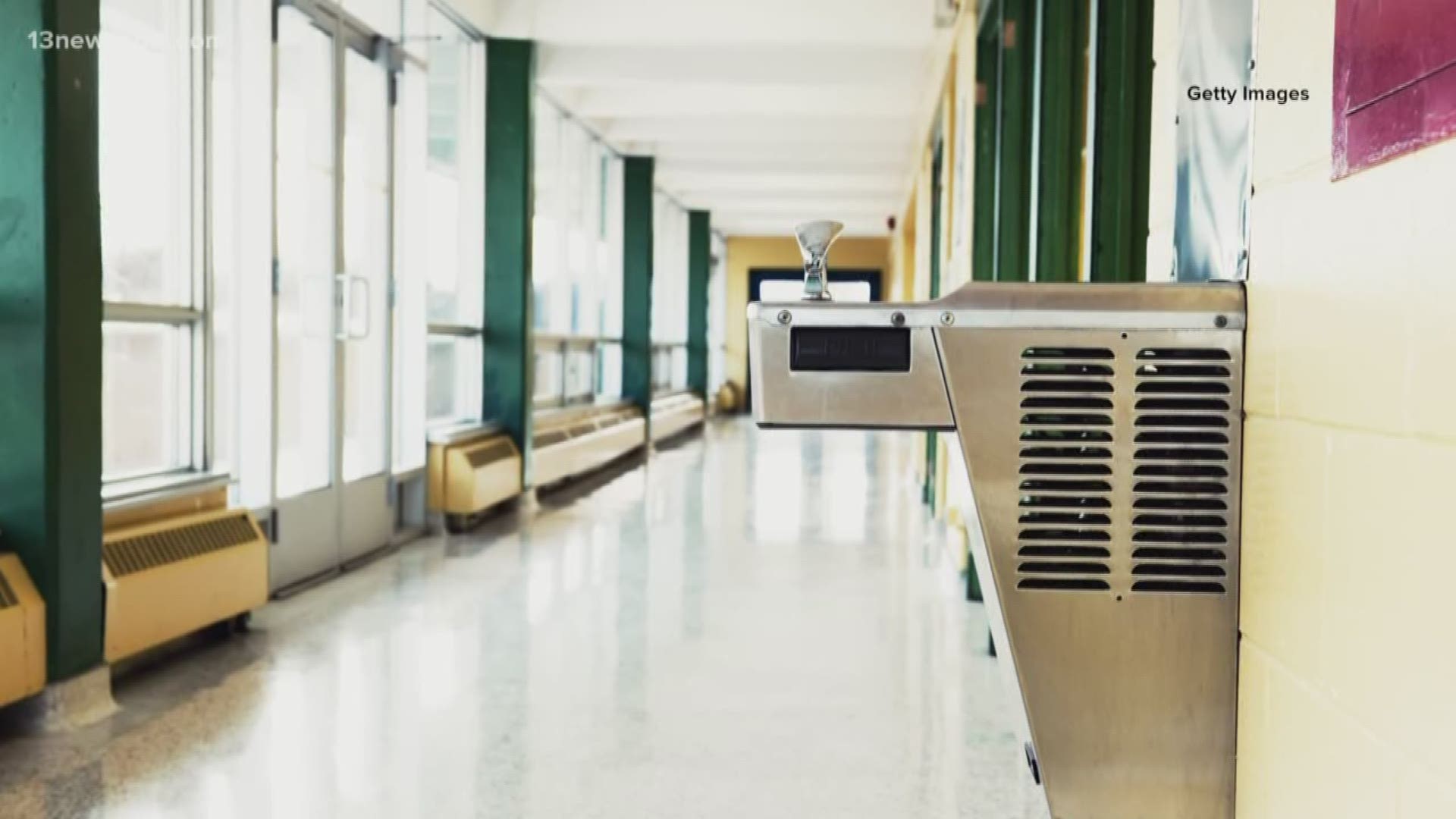 VBCPS said over summer, it focused testing on 33 of its schools that had been constructed during or before 1986.  While most results came back below the threshold, 61 drinking and food-prep sources in 27 of those schools came back with lead levels greater than 15ppb, or what the industry refers to as "actionable levels."

The school district has gone back and taken offline or replaced the failing drinking water sources and following re-tests, all came back below the 15ppb level as of Wednesday morning.

VBCPS reports that 94% of the water tests came back clean, with no concerns of lead-risk.

The Environmental Protection Agency intentionally set the actionable level of 15ppb of lead in water below levels that would pose a risk to children, to ensure that any failing levels could be acted upon before they could worsen to become a danger.

"We understand that this may be concerning news, especially if your child is in one of the schools that was affected," Superintendent Aaron Spence said in a statement. "But we are working closely with the VBDPH and Virginia Beach City Public Utilities, both of which are providing guidance and support. Our testing protocol is in place for this very reason: to identify and correct issues expediently. We are and will remain committed to protecting the health and well-being of our students and staff in VBCPS."

Spence also sent a letter to parents who have students attending the affected schools:

Freeman said the school district is now conducting an "after-action review" to find out what happened in the monthlong period of inaction. He said that review should answer why it took more than a month for the administration to learn about the problems.

The school district has created a website to allow families to learn more about lead water levels and the recent test results.

The schools affected during this testing cycle were:

RELATED: NC gets an 'F' for lead in schools, daycares; new legislation would require testing