A Virginia Beach book store prides itself on uniqueness. Now, it could be the biggest challenge in staying open

Read Books opened roughly nine months ago, at the beginning of the COVID pandemic, and has been trying to stay afloat since. 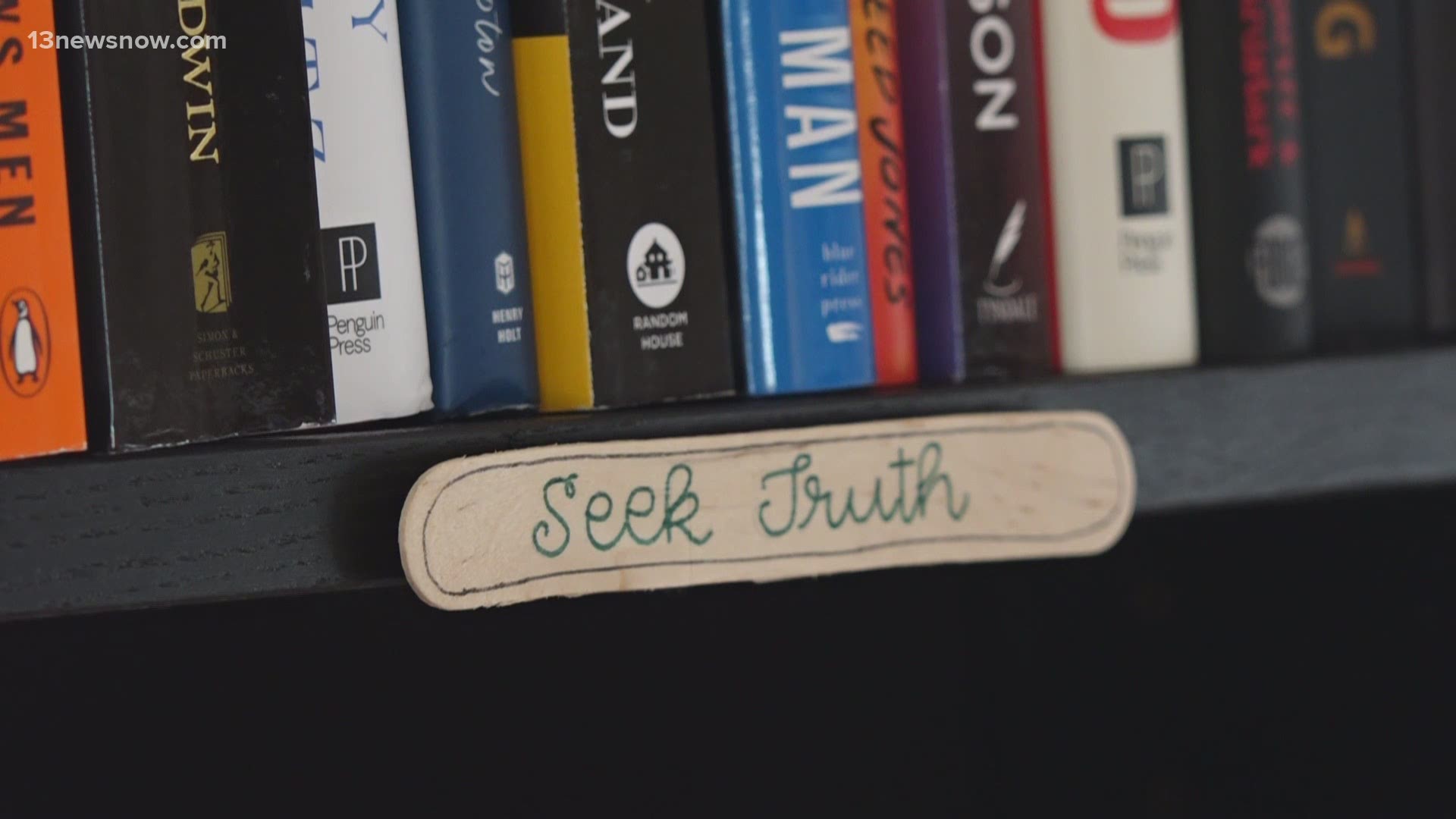 VIRGINIA BEACH, Va. — When it comes to what people think of a "regular" book store, Kristin Hildum is the first to admit that her store doesn't fit that mold.

"It’s the uniqueness that brings a lot of people in," Hildum told 13News Now on Friday.

Tucked away on Virginia Beach Boulevard is a mobile steel airstream trailer filled with hundreds of books, and Hildum's business "Read Books." The indie book store opened roughly nine months ago, at the beginning of the COVID pandemic, and has been trying to stay afloat since.

“Only operating four of those months because of the pandemic," Hildum said.

The small and cozy space beside the bustling cars of Virginia Beach can be missed easily if one is not paying close attention. But the shop's unique qualities could now pose some of its biggest challenges yet.

“Our landlord received a notice of violation that indicated that our aesthetic and structure -- which is an Airstream trailer -- did not meet shopping frontage guidelines for this area," Hildum said. "The store would need to be removed within 30 days, and that falls on Thanksgiving."

Additional concerns from Virginia Beach have included the site being ADA compliant and bathroom accessibility.

"Both of those need to be taken care of, I'm not sure they exactly can be because it's an Airstream," said Guy Tower, a council member for Virginia Beach whose district includes the location of Read Books. He also told 13News Now that he would like to be a proponent of helping the business and city reach a compromise.

To her belief, Hildum has done her best to address those specific needs, such as remodeling a ramp to her shop, building an additional handrail, and getting permission to use the restrooms at the nearby Prosperity Kitchen and Pantry.

To gauge community interest, Hildum started an online petition, which has at this point eclipsed 1,500 signatures of support.

“We wanted to know if a further investment of our time and resources was warranted," Hildum said.

Throughout the business's initial months, Hildum has looked at more permanent locations for the shop, too.

"As I understand it, Read Books was granted a temporary permit during the early months of COVID for a six months period that's reached into nine months," Tower said.

"We considered this an incubation period, we thought the ViBe District is a perfect place to incubate a creative idea. Perhaps 2-3 years max," Hildum said.

As Thanksgiving approaches, Tower says he'd like to support Hildum to figure out a solution so that all parties are happy.

"I'm a big fan of the ViBe District and a big fan of book stores," Tower said. "This is something I really hope the parties can work out, if I can have any role in that I'd be happy to do that."

“I'm very worrisome," Hildum said. "I think the city wants a positive outcome, but I'm just not sure we can change what we are.”