Bayfront shuttle more than doubles its ridership in a year

It might only run during the summer months, but the Bayfront's newest bus shuttle is seeing impressive numbers. It was implemented in hopes of boosting crowds at local state parks and bringing more traffic to the Chesapeake Bayfront area. 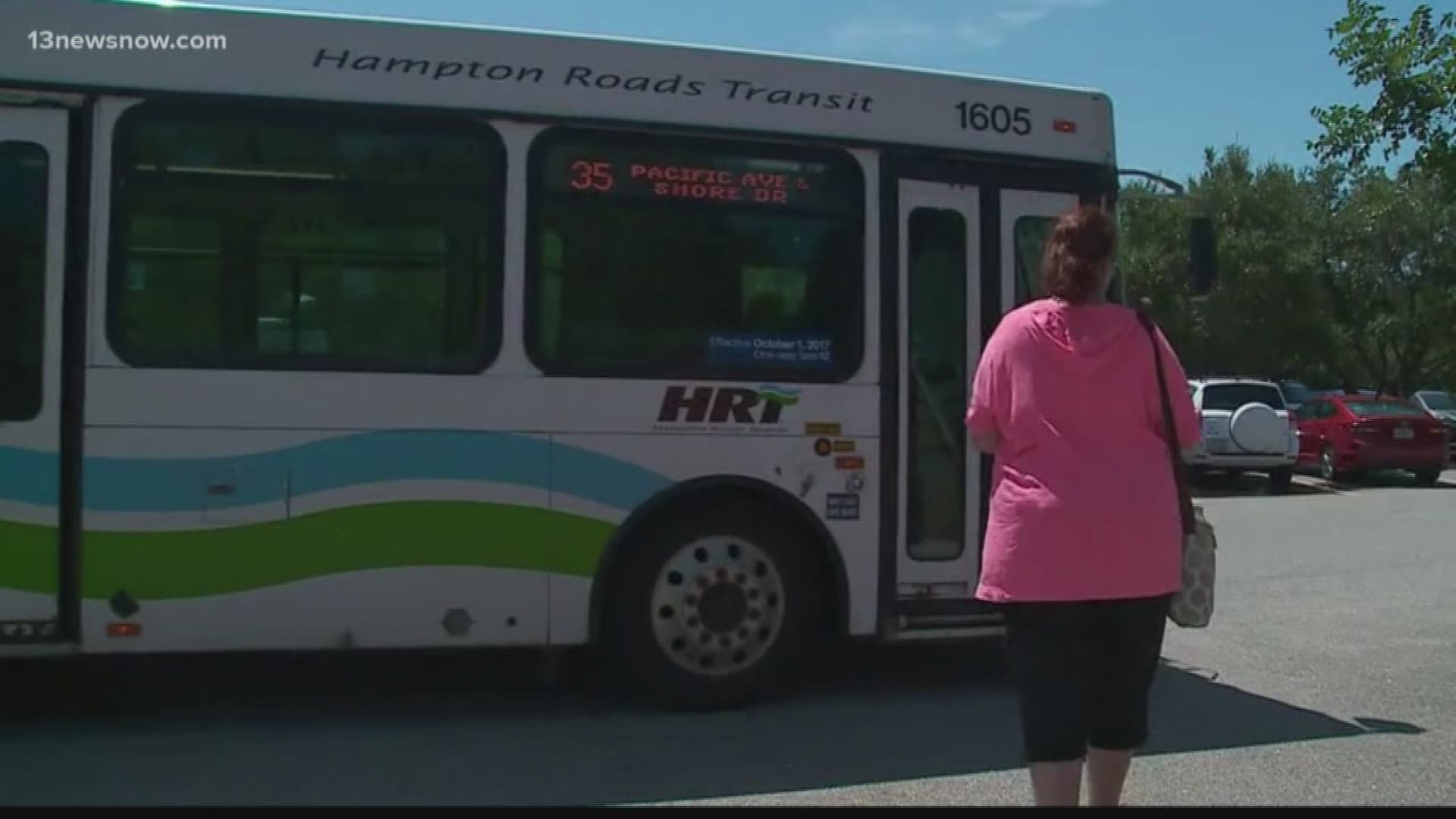 VIRGINIA BEACH, Va (WVEC) — It might only run during the summer months, but the Bayfront’s newest bus shuttle is seeing impressive numbers.

This is the second year for Route 35, which runs along Shore Drive to the Oceanfront.

It was implemented in hopes of boosting crowds at local state parks and bringing more traffic to the Chesapeake Bayfront area.

“It’s where we as locals can enjoy the Oceanfront during the tourist season and not have to pay 30, 40 dollars for parking or go see a sand soccer event,” said Todd Solomon, President of the Shore Drive Community Coalition.

Solomon, who was instrumental in bringing the route to the area, attributed the increase in ridership to the route extension and visitors from First Landing State Park.

“Ten or 15 people will get on and go to the Oceanfront. At the Oceanfront, you see both tourists and locals getting off. So I think it’s pretty well evenly used,” said Solomon.

One issue still being ironed out is where to get one or three day passes for the bus. The recent closings of all of the Farm Fresh stores have limited places to buy them along Shore Drive.

“I know HRT is working with Food Lion and Kroger also to try and get them as points of sale. So I think that will help a lot, too,” said Solomon.

For now, locals say they’ll rely on word-of-mouth to communicate the shuttle and its operations to others.

“Once more people learn about it and know about it and how to use it, I think ridership will increase even more,” said Solomon.

You can learn more about the shuttle and its operating hours here.