Virginia Beach police had a large number of officers at the Oceanfront where officers used tear gas to get some protesters to leave the George Floyd demonstration. 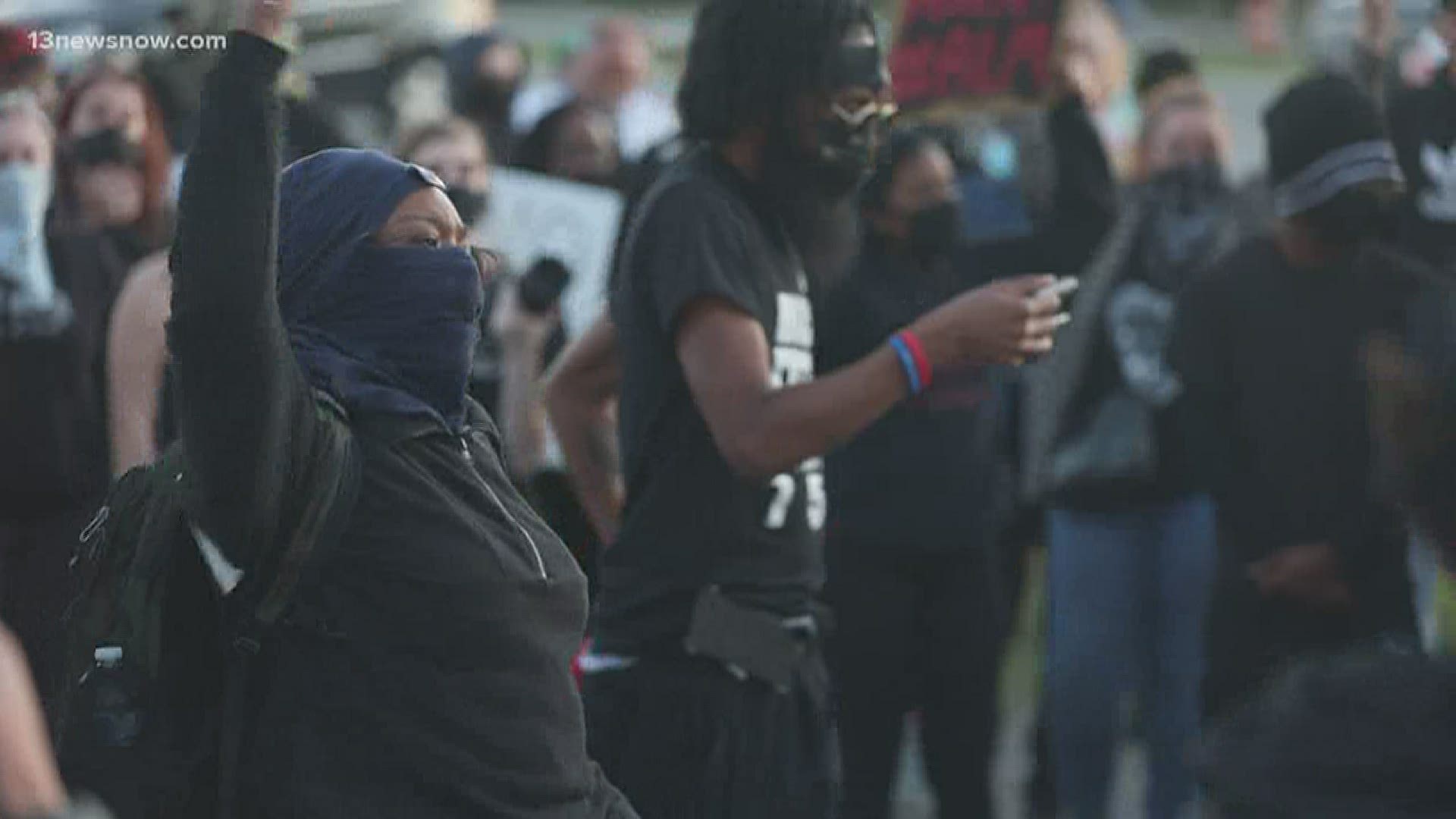 VIRGINIA BEACH, Va. — What began as a peaceful march for justice following the death of George Floyd began to spiral out of control Sunday night.

Black Lives Matter 757 organized the "#BlackOut757" rally at the Oceanfront as the protesters stood "in solidarity with the rest of the nation in unrest, demanding justice for George Floyd."

The event began peacefully while Virginia Beach police stood by as crowds of protesters walked along a long stretch of Atlantic Avenue. Officers said a small number of marchers started engaging in criminal activity. Some of that included smashing the windows of some businesses.

Tension grew, and shortly after 10:30 p.m. the police department declared the gathering an "unlawful assembly." They asked people to leave. Most protesters did, but officers began using tear gas on smaller groups that remained in an attempt to get them to disperse.

In the heat of the protest, boxes were set on fire and smoke and tear gas filled the air. People were handing each other milk to pour on their faces to alleviate the burning.

Witnesses claimed to have heard gunshots fired too.

“We’re already behind. Do this to people who are working hard and struggling already is just so wrong. It’s just so wrong,” said Dough Boys owner George Kotarides.

Police restricted access to vehicles and pedestrians, and they asked that residents and visitors avoid the area.

At one point in the night, a red pickup truck appeared to intentionally speed up while demonstrators were walking in the street.

At 2 a.m., the Virginia Beach Police Department said there were no other "acts of disturbance" at the Oceanfront. A heavy police presence would remain, and officers, once again, asked people who live in the city and visitors to avoid the area.

In addition to calling to calling for justice after the death of George Floyd, event organizers said they had wanted to protest harassment by Virginia Beach police, as well as the city's history of not allowing minorities to own and run businesses "on our state's vacation hot spot."

Virginia Beach recently conducted a racial disparity study, after a report found less than 19 percent of city contracts were awarded to women and minority-owned businesses between 2012 and 2017.

NFL Hall-of-Famer Bruce Smith had pushed for the study after he claimed city officials discriminated against minority business owners and women.

"I want more minorities, people like myself to have businesses, have brick-and-mortars, have places like our markets, to be able to start and then someday have a place at the Oceanfront," business owner Lori Golding Zontini said at the time.