A federal investigator said a tip to police led the FBI to Eric and Paul Von Bernewitz. Each faces charges related to the insurrection at the U.S. Capitol on Jan. 6. 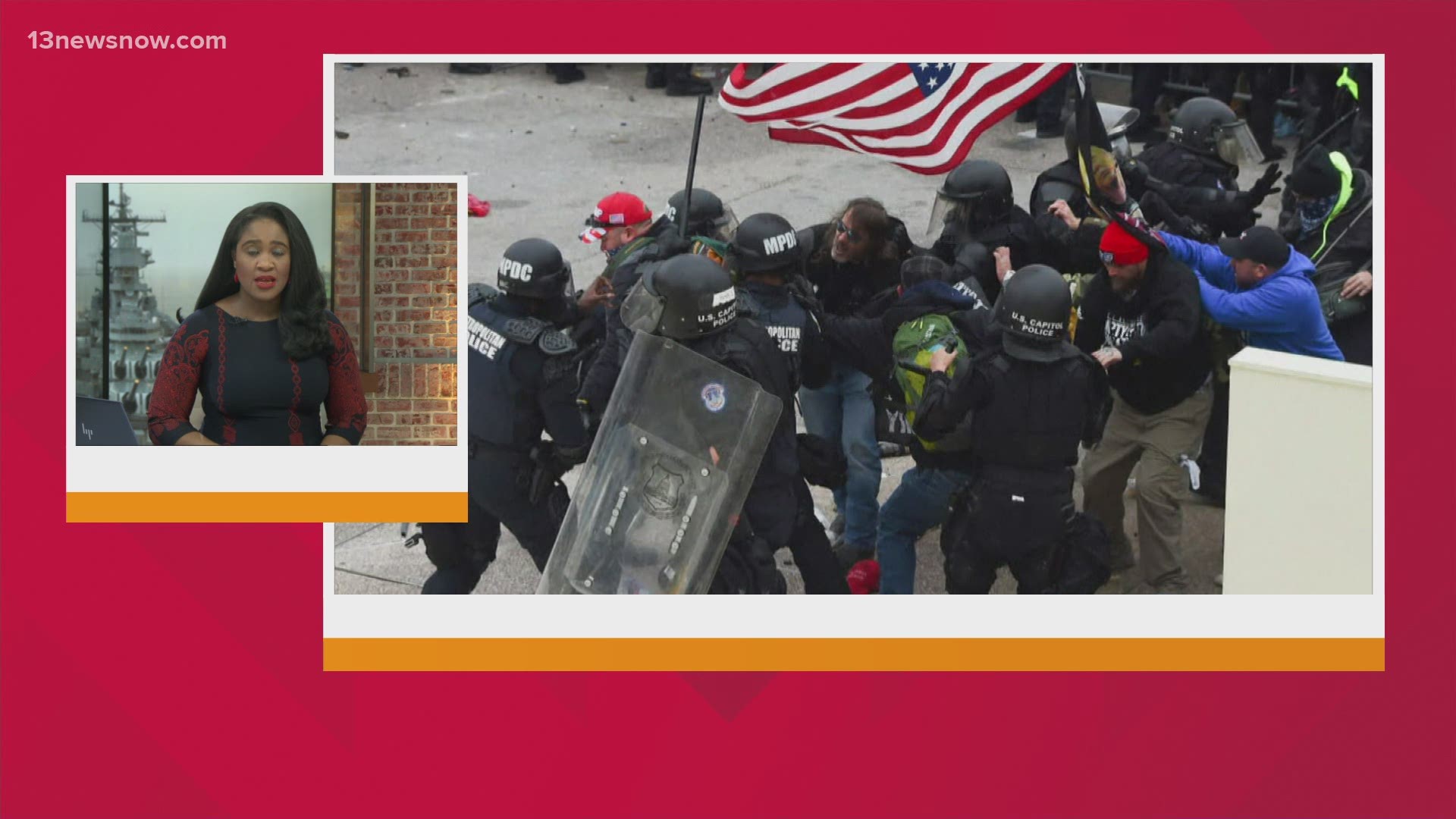 WASHINGTON — Two brothers are accused of being part of the breach at the U.S. Capitol that took place in January.

A special agent assigned to the Federal Bureau of Investigation's Washington Field Office wrote in federal court documents that the D.C. Metropolitan Police Department receive a tip from someone five days after the riot at the Capitol. The person gave police screenshots of Facebook posts from a woman who claimed her brother was inside the Capitol building on Jan. 6 and that she was in touch with him through FaceTime while he was inside.

On Jan. 19, members of FBI Norfolk interviewed Eric. The special agent wrote that Eric admitted he and Paul went into the Capitol on Jan. 6. They drove to Washington together. Eric said Paul was there for protection because Eric's right arm is paralyzed.

Eric told special agents that he tumed off his phone before he went into the Capitol because its battery was low, and he wanted to be able to call Paul if he needed to find him. Eric said he got caught up in the excitement of the crowd, went into the building unexpectedly, and left within 10 minutes.

On Jan. 21, two days after members of FBI Norfolk interviewed Eric, they interviewed Paul. The special agent said Paul also admitted he and Eric were inside the Capitol and that Eric asked him to go. Paul said they attended a rally, and the people who were there decided to enter the building. Paul said the crowd pushed towards and open door and that he and Eric were in the Capitol only for a short amount of time.

The special agent wrote that Paul "further explained that he took approximately four photos inside the Capitol Building and later deleted them...Eventually more police arrived and forced the crowd back outside through the same door which they had entered the building."

When members of the FBI checked Paul's phone they found several photos taken inside the Capitol.

Credit: Federal court document
One of the pictures the FBI says it found on Paul Von Bernewitz's phone that Bernewitz took inside the U.S. Capitol on Jan. 6, 2021.

The Von Bernewitzes appeared remotely before a federal judge on March 24. They were released on their own recognizance with several conditions set, including that they can't travel outside of the continental United States and they can't enter Washington unless its for court appearances, attorney meetings, meetings with pretrial services.

Their next appearances were set for March 31.

The Von Bernewitzes are among several people from the Hampton Roads area who were charged in connection to the riot at the Capitol.