The project to update the building that was the site of a mass shooting in 2019 will cost roughly $26 million. Taxpayers will pay the bill. 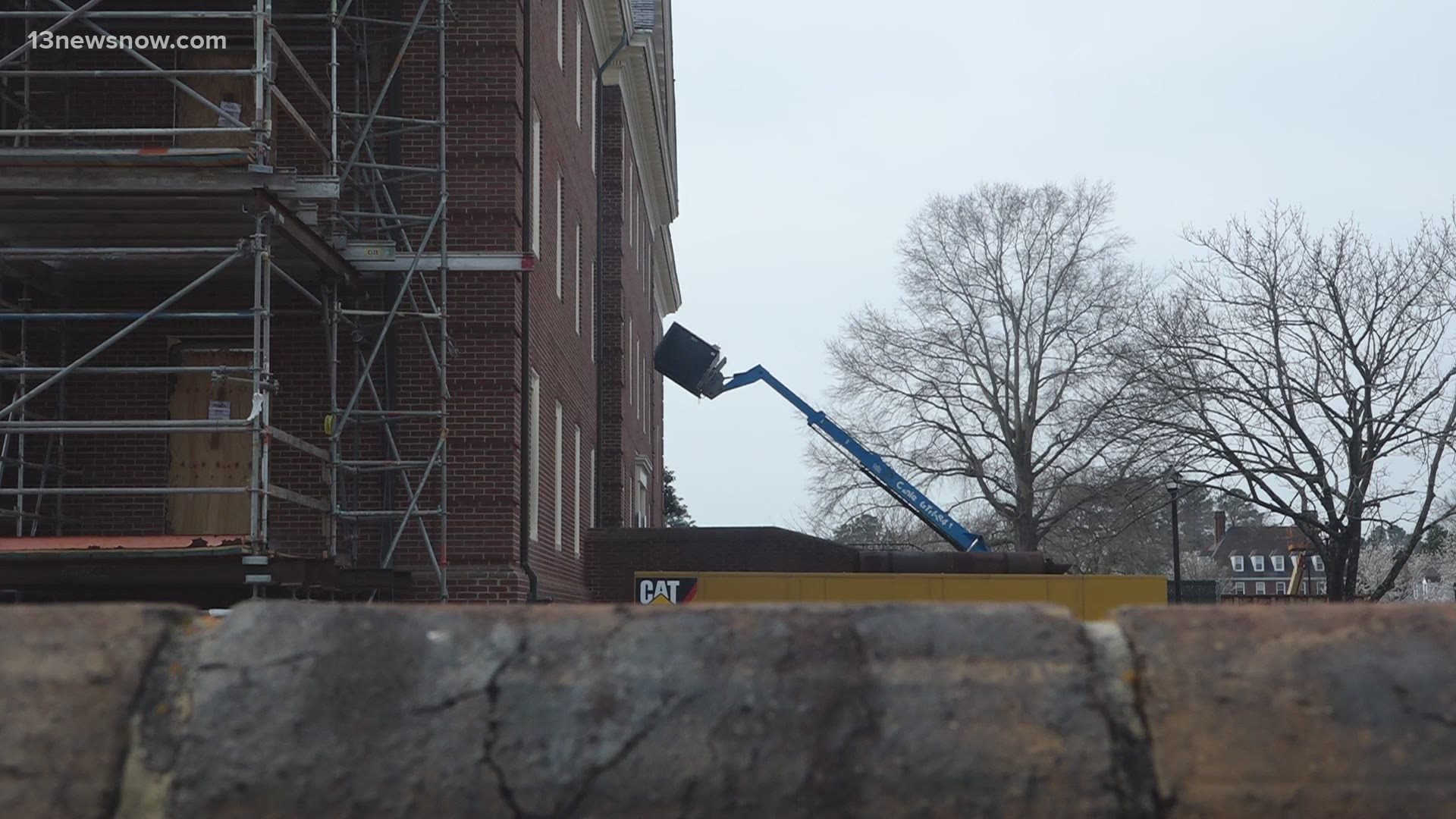 VIRGINIA BEACH, Va. — A big update is coming inside Building 2 at the Virginia Beach Municipal Center.

It’s hard for some people to even look at this building, after a gunman killed 12 people at the building on May 31, 2019.

“It was tragic, how do you put words to what happened. Being faced with that decision to bring people back in the building, it’s just really important to us. That we get it right,” Rockwell explained.

He said after renovations are completed, the building will look and feel brand new. In February, crews started demolishing the inside.

Leaders said when the project is all said and done, Building 2 will be Virginia Beach Police Headquarters, the first precinct, and the city's data center.

“We’re looking at completion in the spring of 22, so next year about this time, just add a few months,” Rockwell explained.

Crews are also building a new city hall next door. The project is currently on schedule to be completed by this fall.