There is a push to add 42 new security cameras along the Virginia Beach Oceanfront. 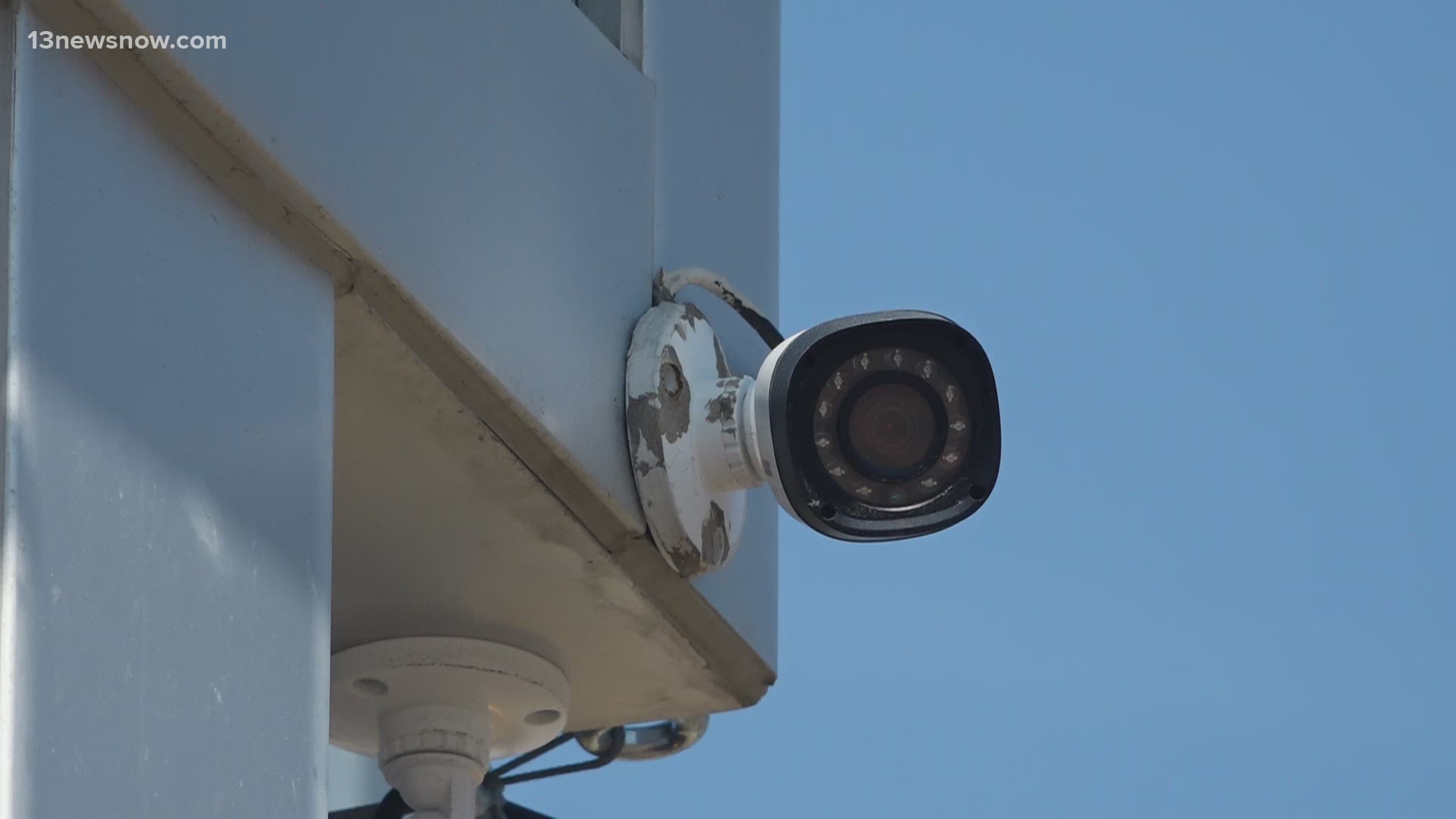 VIRGINIA BEACH, Va. — There is a push to get more security cameras at the Oceanfront. This comes two weeks after three separate shootings left two people dead and several others injured.

During a budget discussion on Tuesday afternoon, Police Chief Paul Neudigate talked to city council members about his plans to keep the community safe. His recommendations include adding 42 new security cameras at the Virginia Beach Oceanfront. Currently, 50 cameras capture certain sections of the resort area.

Many business owners said they are on board with adding more cameras. They said it’s an extra set of eyes, which is desperately needed.

"It’s going to be good for visitors, residents, and business owners," explained Harvest Owner, Michael Mauch. “It’s really hard to say if it will help or not, but at least if they capture it on video then maybe we know who we are looking for.”

The cameras would be placed near the boardwalk and Atlantic Avenue from Rudee Inlet to 40th Street. The estimated cost is around $1.5 million.

“I think the cameras have a two-fold positive impact. I think it will make people feel a little bit safer knowing that they are there, and I think it may impact behavior in a positive way,” explained George Kotarides.

Kotarides is the Atlantic Avenue Association President. He said adding more cameras has been in the works for years. He said he is all for the cameras and hopes it makes the Oceanfront a safer place for people to enjoy.

“I don't think any one thing is going to solve some of the issues down there, but this is certainly a positive step,” he said.

As the push for more cameras moves forward at the Oceanfront, Bill Dillion with Virginia Beach Restaurant Association and Owner of Abbey Road Pub & Restaurant said he hopes city leaders have someone monitoring the new and existing cameras.

He said, “To spot crimes that are being committed, or fights that are breaking out or people brandishing their guns or drug deals happening, they could get police there right away.”

Dillion said he hopes with someone watching the cameras, it could be a proactive approach to fighting crime.

“Because people right now, some people do not feel safe. We need to send a message that the police are attempting to make things safer for everybody and that would be a huge improvement.”

Chief Neudigate is also asking for a gunshot detection system, which would cover 3-square miles at the Oceanfront. The system would send an alert when shots are fired in the area. That would cost roughly $210,000 annually.