Tom Gill with the Virginia Beach Lifesaving Service said more than 31 people had to be rescued on the Fourth of July. 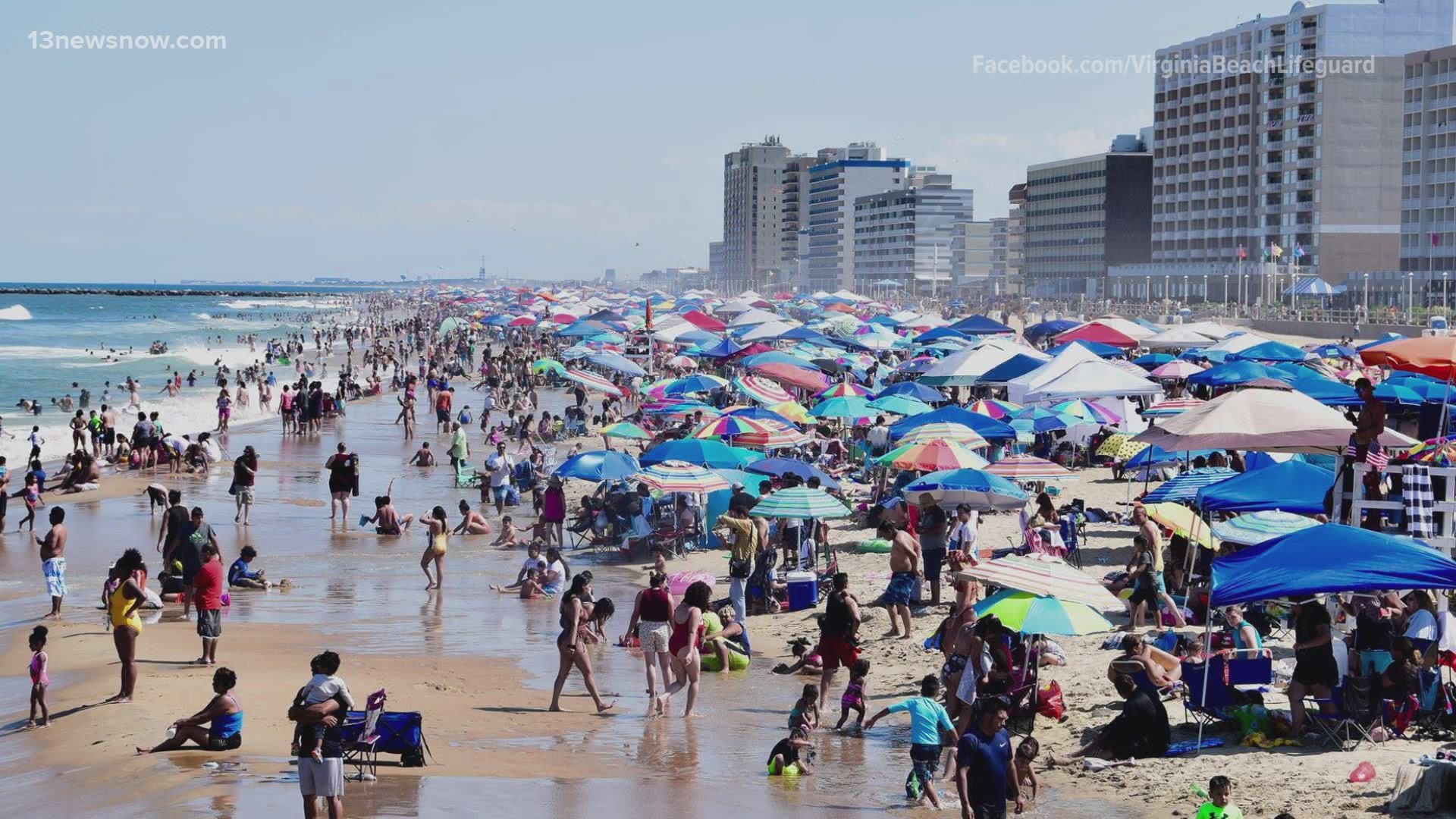 VIRGINIA BEACH, Va. — It was a busy weekend at the Virginia Beach Oceanfront this Fourth of July. Photos showed large crowds and lots of beach umbrellas filling the sand.

“I say that it was the busiest weekend I've ever worked in the many of decades since I've been out here,” explained Tom Gill, Chief of the Virginia Beach Lifesaving Service.

Gill spoke with 13News Now about rescues and other incidents that happened over the weekend.

“Forty-seven rescues, 72 victims pulled out of the water. I think one or two of them transported for further care just to make sure everything was good, ” he said.

Gill said on top of those rescues, 186 children wandered away from their families and needed to be reunited. He said 119 children went missing just on Sunday alone.

“Those are all times where the lifeguards are distracted from doing their jobs of watching the water, ” Gill explained. “We need everyone to watch the water, but again an incredible crew of lifeguards this weekend that we're able to multitask and do the job they came to do, plus a couple of others.”

Gill called the weekend an overall success and said it's all thanks to the lifeguards and first responders.

A long-time program in Virginia Beach can help when a child goes missing. It’s called Find a Kid.

Parents can pick up bracelets for their children at the hotel where they are staying. If their child goes missing, lifeguards and first responders will have the hotel’s name as well as the parents' contact information on the bracelet.

Like the beach, restaurants at the Virginia Beach Oceanfront remained packed. Tourists said when they went to dinner, their waits lasted more than two hours.

“Turnout was phenomenal. I think it exceeded expectations. This weekend was crazy. It was overwhelming,” said Harvest owner Michael Mauch.

Mauch said the bad news is he and several other business owners are still dealing with limited staffing.

“It was wonderful to have so many people out but difficult because everyone is understaffed,” he explained.

Mauch said this weekend, his employees worked hard and did their best to help customers.

“The staff that I had, I burnt them out and myself so we are all just trying to recuperate from that,” Mauch said.

He said the biggest struggle this weekend was getting food out on time and making sure his employees got plenty of sleep.

VBEMS worked around the clock this July 4 to ensure the safety of the Virginia Beach community.

S/o to real ones who make it happen every single day.#EMT #EMS #4thofJuly #July4th #Volunteer pic.twitter.com/rO5GxyH0yH