Paul Neudigate will serve as the next head of Virginia Beach Police. He's the assistant chief of Cincinnati Police. He served on that police force for 30 years. 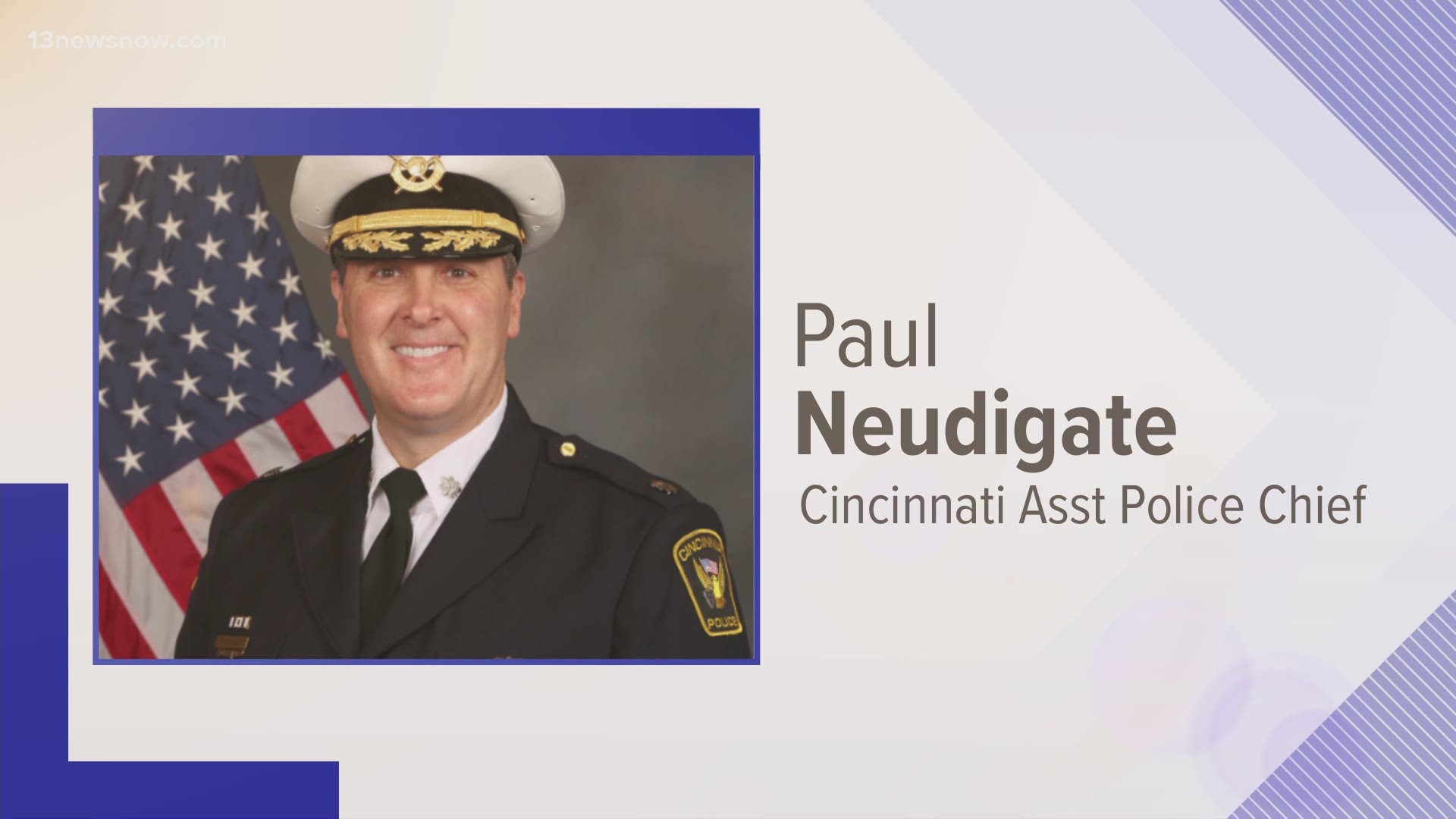 VIRGINIA BEACH, Va. — The city of Virginia Beach has selected a brand new chief to lead its police department.

City Manager Patrick Duhaney appointed Paul Neudigate to be the next head of the Oceanfront city's police force.

Neudigate comes from Cincinnati, where he served in that city's police department for 30 years. He's currently assistant chief there and commands the patrol bureau. His first day as chief of Virginia Beach Police will be on Oct. 14, 2020.

Tony Zucaro served as interim chief of police after Jim Cervera stepped down. Cervera served for 44 years as a cop -- 42 of those years were with Virginia Beach. He was an officer in New Jersey for a time. He officially retired on May 1.

"I am deeply humbled and honored to be selected as next police chief for the City of Virginia Beach. The police department is well-regarded nationally and I know that comes from strong leadership, principled officers and experienced support staff who make it their mission to serve the community effectively and professionally," said Neudigate. "I look forward to joining the dynamic team there. We will build on the legacy and continue to make advancements that will best serve the citizens of this wonderful community."

Neudigate earned a Master of Science in Criminal Justice from the University of Cincinnati and a bachelor's degree in Justice Administration from the University of Louisville. He has also graduated from a variety of advanced executive leadership schools, including the FBI National Executive Institute, Major Cities Chiefs Association Police Executive Leadership Institute (PELI) and the Senior Management Institute for Police sponsored by the Police Executive Research Forum.