Virginia Beach Animal Control said it is not unusual to see coyotes in Virginia Beach. However, some shoppers said they're worried about their safety. 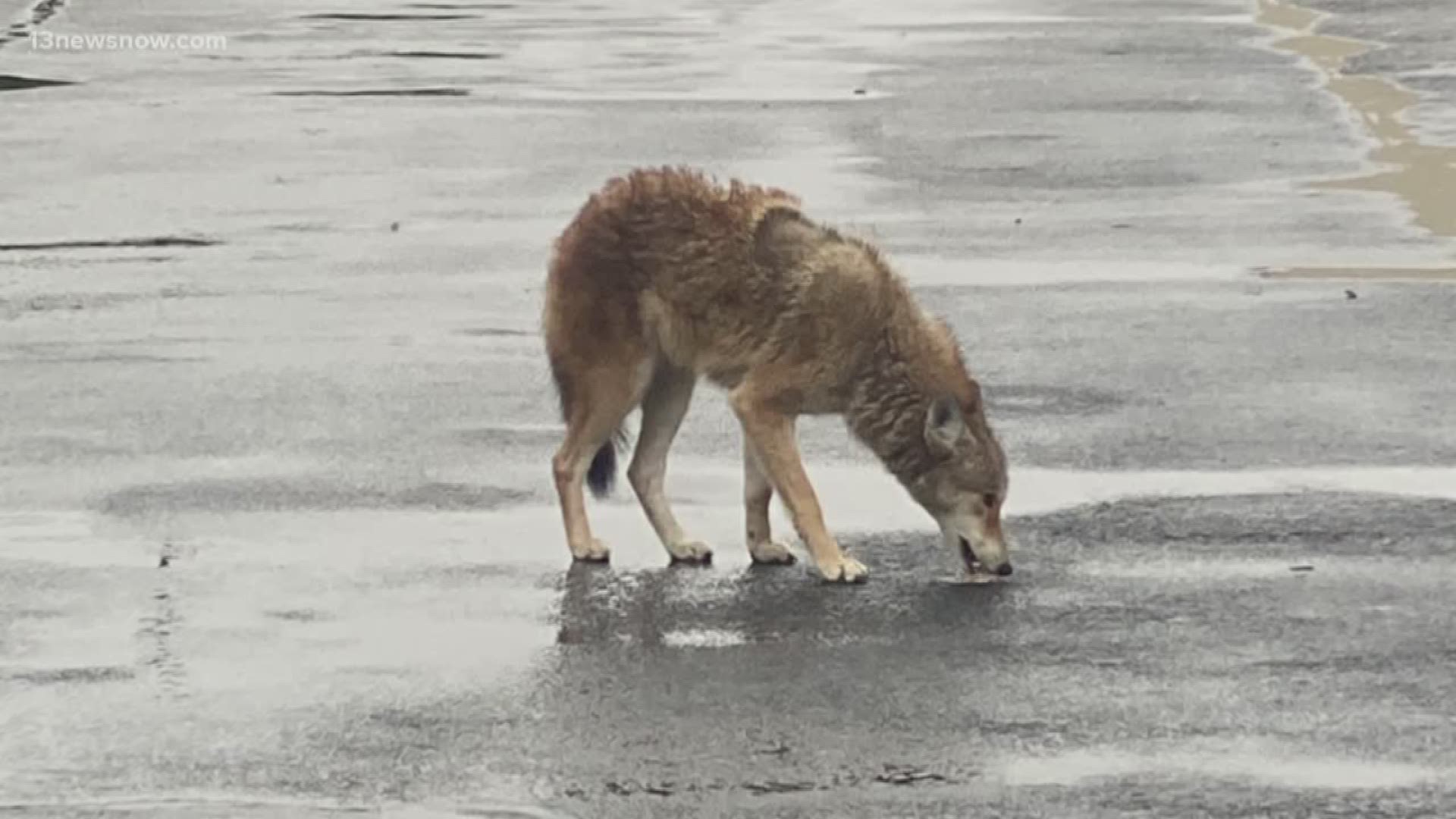 "I saw it at night, like a couple weeks ago or so, it was at like 9:30,” explained Killian Weber.

People who work in the nearby shops said they have seen the coyote cruising the parking lot on several occasions. Even shoppers are posting pictures of the wild animal on social media pages.

Weber said, "It was right there in the middle of the street and I was like what is that. I see a car pull up or an SUV. They were shining its lights at it and I'm like what is going on. I thought it was maybe their dog or something like that. I have never seen a coyote before."

Killian Weber said after a few minutes it ran away.

"I've never seen coyotes around here before. It's the first I've ever seen if they are local,” he explained.

Animal Control officers told 13News Now that it's not unusual to see coyotes in Virginia Beach. Supervisor Meghan Conti said she's received reports of the wild animal in that area. She said people should leave them alone and they are not a threat to anyone.