Firefighters said the fire broke out on the 15th floor of a high-rise located on 34th Street and Pacific Avenue. No one was injured. 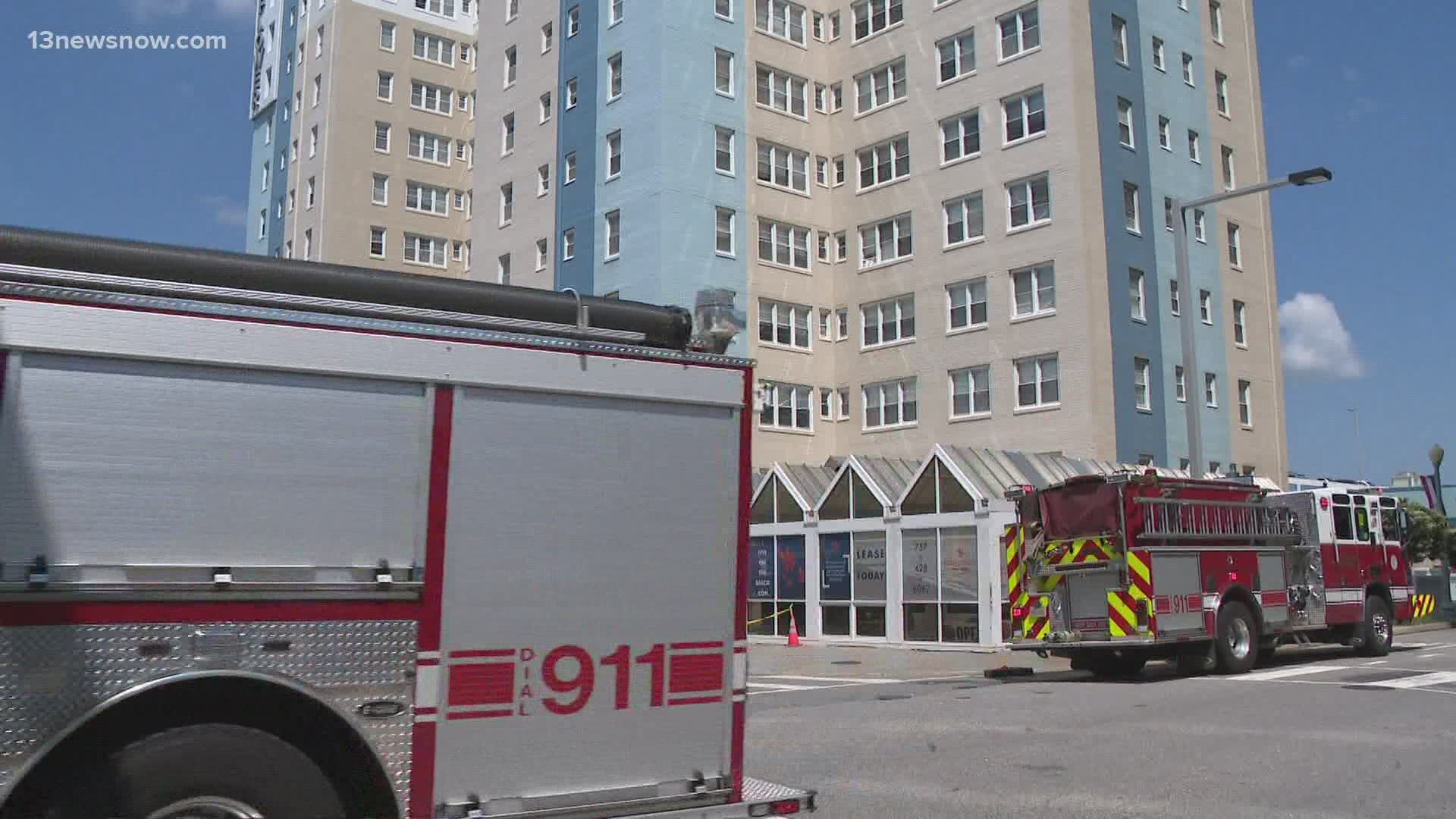 VIRGINIA BEACH, Va. — Fire crews are on the scene handling the aftermath of a fire that happened near the Oceanfront Sunday morning.

The Virginia Beach Fire Department tweeted Sunday, June 6 at 9:45 a.m. that it was called to a fire that occurred at a high-rise building located on 34th Street and Pacific Avenue.

According to firefighters, the flames were found on the 15th floor.

There were several people and at least one dog who was inside the building when it started burning and they were all safely evacuated by crews. They said that one dog was resuscitated on scene and transported by VB Animal Control for further evaluation and treatment, but didn't indicate if this was the same dog.

They also said that "other pets were moved to a secure location until they could be reunited with their owners."

Firefighters said no injuries were reported from the incident and the fire has been extinguished.